Buy works by Jeff Koons in our upcoming auctions!

Do you own a work by Jeff Koons, which you would like to sell?

Jeff Koons - Works that have already been sold at Kunsthaus Lempertz:

Jeff Koons combines art and commerce unlike any other artist before him and is hugely successful with it. Although the American is repeatedly confronted with accusations of plagiary, he is the most successful and expensive contemporary artist in the world.

Jeff Koons sold his first picture at the age of eleven

Jeff Koons was born in New York on 21 January 1955. He was interested in art from a very young age and weekly painting lessons prepared him for the study of art. At the tender age of eleven, the young Jeff sold his first picture which his father had displayed in the family furniture shop. In 1972 Jeff Koons joined the Maryland Institute College of Art in Baltimore and in 1976 he attained his bachelor’s degree and moved to New York where he worked not only in the Museum of Modern Art but also as broker on Wall Street. This duality of art and commerce became characteristic for Jeff Koons’ complete career path and played a large part in the fame and criticism the artist attracted with his work. In 1980, the artist held his first solo exhibition in the New Museum of Contemporary Art in New York. Koons worked with many experts in the display of the often technically intricate installations, including the Nobel Prize winner for physics Richard Feynman.

Pop culture and pornography on the mass market

Jeff Koons took inspiration from almost every epoch of art history and worked with all possible media and materials. In the mid-1980s he attracted the attention of the Cypriot art collector Dakis Joannou who became one of the most significant patrons of his works, and in 1988 created the porcelain sculpture Michael Jackson and Bubbles showing the popstar and his chimpanzee, the design of which was intentionally based on Christian icon art. With the conscious combination of motifs from popular culture in the style of familiar forms, Koons worked specifically towards his goal of addressing the broadest possible audience with his works. He was married for a brief time to Illona Staller, a who pornographic film star known as Cicciolina, and with her Koons created the series of works Made in Heaven, the sometimes explicit sexual content of which generated a great deal of media coverage. In 1992 he took part as uninvited guest at documenta X in Kassel with a twelve-meter-high dog sculpture made of flowers – this Puppy also assured him attention from the press and the public.

Jeff Koons always pursued projects with a broad impact; he designed the sculpture Radial Champs in honour of Muhammad Ali and the cover for the album Artpop from Lady Gaga, whilst a BMW Art Car designed by him may not have achieved great sporting success at the Le Mans 24 Hour race but did attract a lot of attention. Jeff Koon’s art often stood at the centre of copyright disputes, some of which were settled in court, occasionally to the disadvantage of the artist. His plan to erect a tulip sculpture of over eleven meters high in remembrance of the Paris attacks of 13 November 2015 which claimed 130 lives, also met with far from undivided approval. Critics accused Jeff Koons once again of seeking the limelight for himself instead of being genuinely interested in a dignified commemoration. 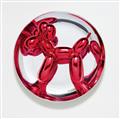 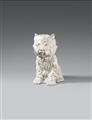 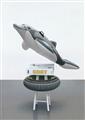 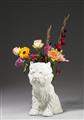 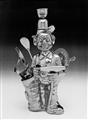 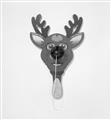 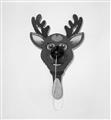