Lempertz to offer a masterpiece by Bartolomé Esteban Murillo: The Madonna of the Rosary from the Carmen Calzado Monastery in Seville, at its Fine Art auction in Cologne.

Lempertz is pleased to announce the sale of an important Spanish Baroque work in its upcoming Old Masters auction on 21 May: The Madonna of the Rosary by Bartolomé Esteban Murillo, whose extraordinary quality and art historical significance remained unrecognised for a long time.

The painting with prominent provenance is the much commended, signed prime version of the Madonna of the Rosary, which Murillo created for the Carmelite monastery in his home town of Seville. The painting remained in the monastery until 1810 before coming into the possession of the English collector Sir William Eden, Baronet of Auckland and Maryland, via a dealer. For several generations it hung in Windlestone Hall, the ancestral home of the Eden family, where Anthony Eden, the English Prime Minister, must have seen it. Accordingly, the painting is referred to as the Eden Madonna in the English-speaking world.

The work was greatly admired at the monastery in Seville, but also later in England at exhibitions of Spanish art. It was only in the early 20th century that its importance was forgotten, which led to its being auctioned off unrecognised as a mere workshop copy in 2008. This was largely due to the fact that Ludwig Mayer, a specialist in Spanish painting, initially attributed the painting to Murillo in the early 20th century, only to later downgrade it to a workshop replica. Mayer mistakenly considered the unsigned version in the Palazzo Pitti in Florence to be the prime version produced for the monastery, a claim which has since been refuted by archival finds.

The signature on the painting; the provenance, which can be traced back to the monastery in Seville via England; as well as the results of modern technological pigment analyses suggest that the present work is the masterpiece painted by Murillo for the monastery in Seville in around 1645/50. Recent research on Murillo by Ignacio Cano (Museo de Bellas Artes de Sevilla) and others supports this conclusion. For Murillo, the commission must have been of great importance, for the monastery already housed two paintings by none other than Diego Velázquez with which his work had to compete.

For many years, Murillo's Madonna of the Rosary was kept in the collection of the conductor and pianist José Iturbi in the United States. It was included in the sale of his estate and was sold to a Mexican collector in the 2008 sale.

It is only now finally being offered once more as an important, authentic work by Bartolomé Esteban Murillo, one of the leading artists of the Golden Age of Spanish Painting, at the Lempertz Old Masters auction, with an estimate of € 1,000,000 – 1,500,000. 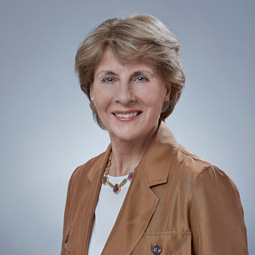 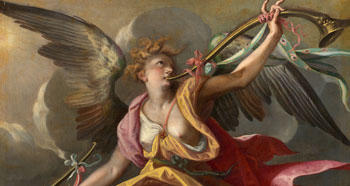 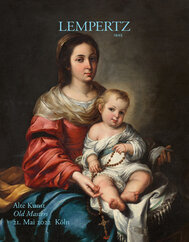 Online catalogue
PDF catalogue
Highlights
Aftermarket
Sale results
Conditions of Sale
Absentee Bid Form
Virtual tour
Login required! Please login in order to use this feature.
A separate registration for live bidding is only necessary if you want to place a bid online during the auction. If you only want to follow the auction live, click here.
LoginCreate profil