Amongst Pablo Picasso’s works shone his important brush and India ink pen drawing ‘Char et Personnages’ from 1967 with the provenance of Kahnweiler and Leiris, and which has now moved to a North German private collection for € 277,000 (lot 30, € 250/300,000). Further outstanding works came from France: Georges Seurat’s ‘Dans la rue’ from 1882/1883 was formerly on long-term loan to the Wallraf Richartz Museum Fondation Courboud in Cologne. A Swiss dealer has invested € 246,000 for the picture (lot 32, € 150/200,000). Paul Cézanne painted his watercolour and graphite pencil work ‘Entrée de maison et arbres’ in the period 1895–1900. The work has now been acquired by a German bidder for € 189,000 (lot 33, € 130/150,000). A Spanish dealer was the winner of Salvador Dali’s 1937 charcoal, ink, gouache and opaque white ‘Industrial Life – Prémonition de la guerre civil’ for a bid of € 126,000. Dalí's critique of the cynicism that underlies civilisational processes and political developments is obvious in this important drawing of pictorial composition which allows a range of different interpretations, even today. The subtitle is a direct reference to one of the artist's main works, his painting ‘Construction molle avec haricots bouillis - Prémonition de la guerre civile’ of 1936 (lot 78, € 120/140,000).

Max Slevogt’s canvas ‘Haus in Gródramstein – Wolfgang mit Ziege’ from the year 1909 was highly sought after and rose from the estimate of € 60/80,000 up to € 139,000, bid by a Swiss collector. With short and longer strokes, dabs and, in some places, impasto patches of light pink, gold-shimmering beige and every nuance of green, a magnificent summer day in Slevogt’s adoptive homeland of the Palatinate is depicted (lot 47). 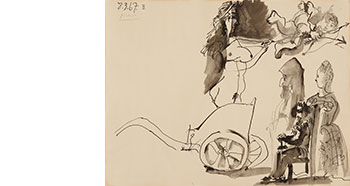 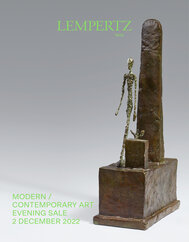 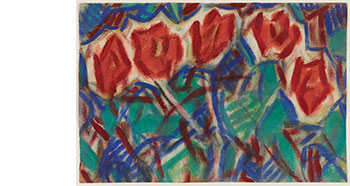 The auction room is kept free of germs and viruses by a UVC filter system. The auction will be streamed live at www.lempertz.com. 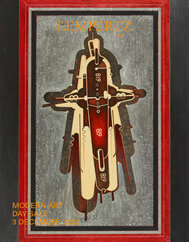