A particular highlight of this auction are the three beautifully made Japanese lacquer photo albums from a Rhenish private collection. The albums feature exceptionally fine quality hand-tinted albumen prints dating from the 1870s to the 1890s, including one attributed to Kozaburo Tamamura and another to Felice Beato (lots 884-886, € 2,000-5,000).

With his blue toned study “Auslaufendes Segelboot”, a combination gum print reminiscent of an Impressionist painting and taken in around 1897, Heinrich Kühn created a masterpiece of early pictorialist photography (lot 895, € 9/12,000). His younger Austrian compatriot Rudolf Koppitz is represented by a print of his famous “Bewegungsstudie” showing a group of Russian dancers in a graceful, starkly pyramidal composition (lot 909, € 5/6,000). This image is probably the most wellknown motif by the photographer and thus the most popular among collectors.

The masterpieces of New Objective photography include two images of coal mines by Albert Renger-Patzsch, here offered as vintage prints in exceptional quality from the estate of the photographer Fritz Schupp (lots 916/917, € 3/4,000 and € 3,5/4,500).

Otto Steinert's luminogram “Die Lampen der Place de la Concorde” from the year 1952 is reminiscent of the gestural painting of the Informel movement (lot 939, € 12/15,000). Ludwig Windstosser, an artist who was closely linked to Steinert and his “fotoform” group, is represented in this auction, as he was in spring, by a group of industrial photographs. They testify to Windstosser's formally and aesthetically informed view of life and work in the Ruhr Region in the 1950s, which was dominated by heavy industry (lots 943-954, € 800-3,000).

The sale also features an impressive large-format NASA photograph, a chromogenic print in the original mount, showing Buzz Aldrin next to the American flag. The print originates from the estate of a manager of the Kodak firm, many of whom were gifted photographs taken during the space mission (lot 1024, € 15,000). This image is accompanied by two other large-format NASA photographs from the same mission dating from the year 1969 (lot 1022/1023, € 7/9,000 € to € 8/10,000).

Sebastião Salgado's photographs of the gold mines of Serra Pelada in Brazil made him an icon of socially engaged press photography. The timeless quality of his image of densely packed and heavily laden workers in dirty clothes pulling themselves up primitive rope ladders is reminiscent of an apocalyptic vision of the kind seen in late Medieval paintings (lot 1031, € 6/8,000).

Joel Witkin once again proves himself to be a master of staged photography with his three large-format still lifes showing characteristically dark, macabre arrangements (lots 1035-1037, € 4/6,000 and € 5/6,000).

The Chinese photographer Ren Hang, who took his own life when aged just 29, is represented by one of his typical nude photographs, which are characterised by a playful quality which defies pornographic interpretation. His photographs, whose content repeatedly brought him into conflict with the Chinese authorities, usually depict people from his close circle of friends, which further contributed to Ren Hang's cult status (lot 1059, € 10/15,000).

The selection of contemporary photography on offer in this season's auction is rounded off by three large-format works by the Australian photographer Bill Henson, which play with the themes of light, darkness, backlighting and shadow. Characteristic for his works, which are only numbered and not titled, is the formal equality between representations of humans and the natural world (lot 1056-1058, € 6/8,000 each).

The principal highlight among the contemporary photography is a large-format chromogenic print "Stanze di Raffaello 2, Rome" by Thomas Struth. An outstanding work from the "Museum Photographs" series, it was created in 1990 and shows a densely packed crowd of people looking at the Raphael Rooms in the Vatican Museum. The visitors echo Raphael's frescoes in both the colour of their clothing and their gestures. Struth succeeds here - without having staged the photograph - in artfully interweaving several pictorial spheres (lot 180, € 80/100,000).
The sale also features ten vintage prints of industrial photographs by Bernd and Hilla Becher, Struth's teachers at the Kunstakademie Düsseldorf, which derive from an early edition published by the Städtische Museum Mönchengladbach in 1968 (lot 143, € 18/20,000).

We kindly ask you to place your bids, if possible, by telephone or online.

You are welcome to arrange an appointment. 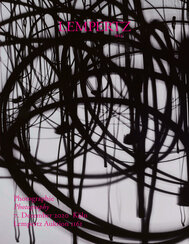 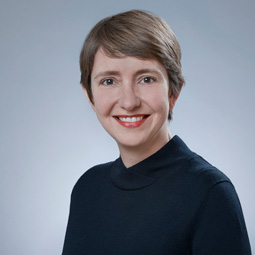 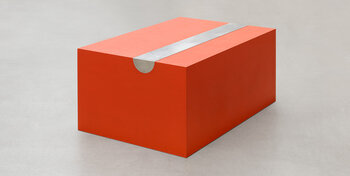 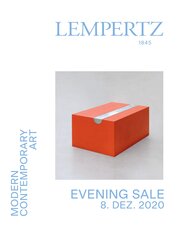 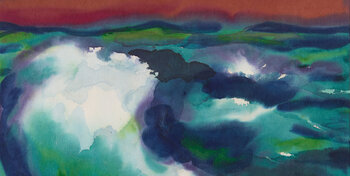 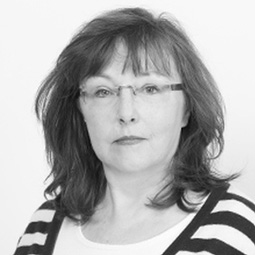