Buy works by Medardo Rosso in our upcoming auctions!

Do you own a work by Medardo Rosso, which you would like to sell?

Medardo Rosso - Works that have already been sold at Kunsthaus Lempertz:

As one of the leading representatives of so-called “Impressionist” sculpture, Medardo Rosso enjoyed a level of recognition in late 19th and early 20th century Italy comparable to that of Auguste Rodin in France. Having broken off his studies at the Milan Academy, he was essentially an autodidact as a sculptor; from 1884 to 1901, he lived primarily in Paris. There he soon met Rodin and received important impulses from Rodin’s work for his own sculptural oeuvre. Rosso’s sculptures, in which he primarily experimented with the materials of wax, plaster and clay, do not pursue the goal of an exact reproduction of reality, but that of giving sculptural form to the fleeting quality of the moment and of visual experiences. By breaking open surface and form, which are invested with an indeterminate and vague character, Rosso attempts to make visible the effects of light and atmosphere on the appearance of objects. The relationship to Impressionist painting introduced in this way can also be recognised in the decision to not carry out his works to be viewed from all sides, but to give them only one side intended for viewing. This not only corresponds to a painter’s view of his or her subject matter – it is also intended to emphasise the impossibility of a complete impression and of every impression’s ephemeral character. Rosso, whose essential works were created at the end of the 19th century, was later celebrated by the Italian Futurists as an important precursor of modern art: he was important for the work of Umberto Boccioni, in particular, but also for that of Constantin Brancusi. After the Second World War, a retrospective at the Venice Biennale of 1950 made the significance and influence of Rosso’s work better known, and numerous other exhibitions were to follow. 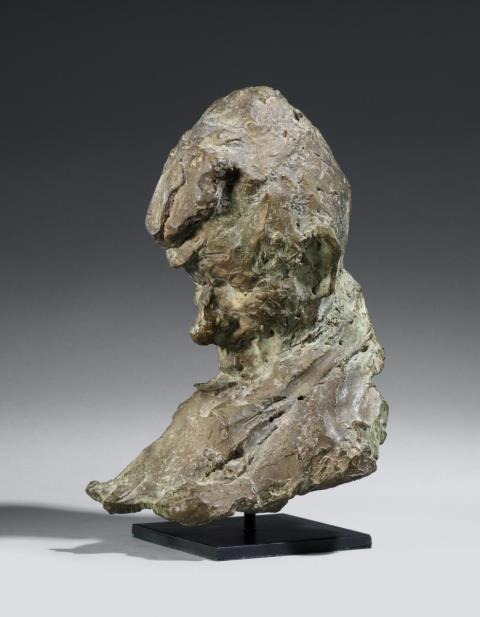