Buy works by Willem de Kooning in our upcoming auctions!

Do you own a work by Willem de Kooning, which you would like to sell?

Willem de Kooning - Works that have already been sold at Kunsthaus Lempertz:

Willem de Kooning wanted to keep all paths open. For the Dutch American painter, art should be as free as the thought that guided it. With this mindset, he became one of the most famous representatives of Abstract Expressionism and, alongside Jackson Pollack, prepared the way for Action Painting.

Willem de Kooning was born in Rotterdam on 24 April 1904. He was the only son of a wine dealer and had four older sisters; after the early separation of his parents, he lived first with his father and then his mother. Her difficult character and many male acquaintances significantly affected the artist and his image of women. Willem de Kooning began an apprenticeship as a commercial artist in 1916 whilst simultaneously attending courses at the Rotterdam Art Academy, which now carries his name. The young artist drew important impulses from the De Stijl group around Piet Mondrian and explored contemporary trends in Germany and France and the architecture of the American Frank Lloyd Wright. Lloyd Wright’s homeland, the New World, fascinated the young painter who rejected the fixed art historical boundaries of old Europe. Willem de Kooning wanted to see, and create, new things and so embarked as a stowaway on a British freighter to the USA.

Willem de Kooning was able to acquire immigration papers on the journey and after landing in Hoboken, New Jersey, could legally take on various casual jobs to earn a living. The art sponsorship programme which dates back to Franklin D. Roosevelt enabled him to return to his true profession and he caught the audience’s attention at the World’s Fair in 1939 with a mural in the Hall of Pharmacy. He soon became involved with the art student, Elaine Fried, 14 years his junior – an unstable, stormy relationship marked by mutual infidelity and alcoholism. His scandalous series of paintings, Woman, may have been drawn from these experiences, whilst the famous Black Paintings were created under the influence of Franz Kline, who died at an early age. The encounter with Jackson Pollock and his partner Lee Krasner proved fateful – de Kooning soon entered a fruitful rivalry with Pollock in particular which inspired both artists to ever new heights of creativity. They both belonged to the first generation of the New York School as did other great names such as Mark Rothko, Barnett Newman and Clyfford Still.

In the years that followed, Willem de Kooning celebrated increasing artistic success, also on an international level, endangered, however, by his severe alcoholism. After the death of his rival and companion Jackson Pollock, de Kooning turned for a time to motifs from the city and landscape, but returned to figurative painting with the resumption of his Woman paintings. Willem de Kooning received awards and honours for his art, including the National Medal of Arts for his life work, presented by Ronald Reagan. The late work of the artist is disputed, created in a state of progressive dementia, while he was no longer able to recognise even family members and close friends. 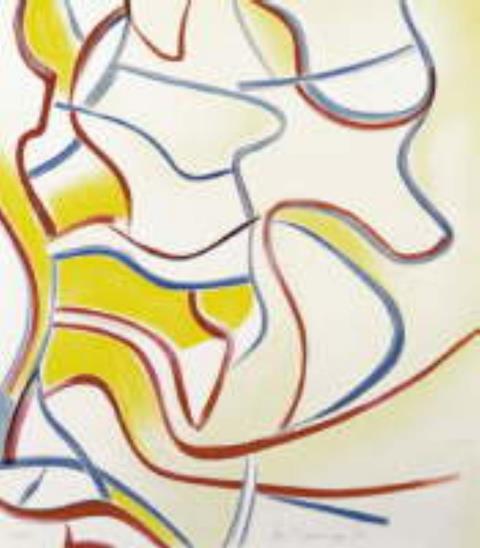