Buy works by Édouard Manet in our upcoming auctions!

Do you own a work by Édouard Manet, which you would like to sell?

Édouard Manet - Works that have already been sold at Kunsthaus Lempertz:

Édouard Manet was laughed at and admired by his contemporaries, but, despite a number of successes, never managed to reach the same level of fame during his lifetime as was bestowed upon him after his death. Today the French painter is classed as a pioneer of modern painting.

Édourd Manet was born in Paris on 23 January 1832. Against his father’s will - the republican-minded judge Auguste Manet – he chose a career as artist. During school he stood out rather for bad behaviour and poor ability, but was loved by his classmates and started a lifelong friendship with the later politician Antonin Proust. Manet proved his drawing talent with caricatures of his teachers, from which his uncle Fournier financed his first drawing lessons. Having studied the Old Masters in the Louvre, he decided to follow a career as marine officer. The apprenticeship led him on a training ship to Brazil, a journey that left a great impression on him and changed his mind to actually follow art – going on to often paint sea views. Manet learnt how to paint in the studio of Thomas Couture, considered a progressive artist, and as well as his friend Proust, met the German painter Anselm Feuerbach.

Study trips through Europe; the search for his own style

Édouard Manet soon became dissatisfied with Couture’s teaching methods and so took additional lessons at the Académie Suisse. His father financed a number of foreign trips which he used to visit the European art metropoles of Amsterdam, Dresden, Munich, Prague, Venice, Rome and Florence, accompanied in Italy by his brother Eugène Manet. Following a visit to Eugène Delacroix, Manet separated completely from his teacher Couture and moved into a communal studio with the painter Albert de Balleroy. Hardly any pieces survived from this period as Manet did not document his work and was also inclined to destroy earlier pictures. The artist still had not found his own style, but during this period of development, he made friends with painters such as Edgar Degas and Henri Fantin-Latour and also exchanged ideas with the poet Charles Baudelaire. Manet’s first independent work is considered The Absinth Drinkers, although it was rejected by the jury of the Salon de Paris – a decision which deeply hurt Édouard Manet and led him to believe that his old teacher Couture had spun a plot against him.

Édouard Manet married the pianist Suzanne Leenhoff who had modelled many times for his pictures- whether the son Léon was Édouard’s or his father Auguste’s has not been determined by researchers. In the 1860s, two of his major works, Dejeuner sur l’herbe and Olympia, met with a divided response: on the one hand he drew sharp criticism, biting scorn and ridicule, and on the other, he received great recognition and was instantly famous. An important source of inspiration was Spanish painting, to which he felt very connected, with the influence of Diego Velázquez and Francisco de Goya moulding Manet’s painting. Drama enfolded when a heated argument with his lifelong friend Édmond Duranty after the latter’s criticism of Manet’s work culminated in a sword duel in which he was supported by Émile Zola. In his later phase, Manet often portrayed his sister-in-law, the painter Berthe Morisot. The last years of the artist’s life were overshadowed by health problems where he suffered from syphilis and the amputation of his left leg. 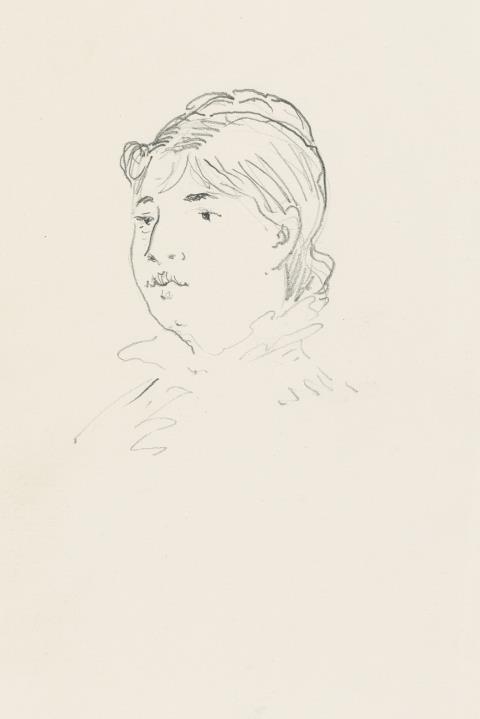 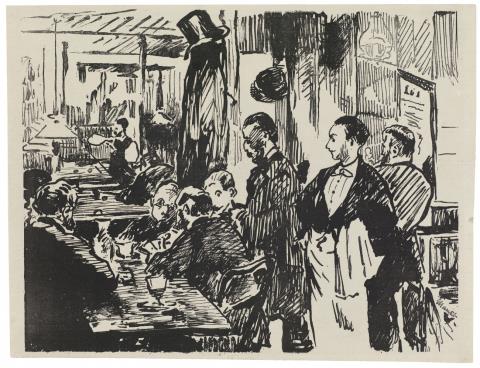