Buy works by Eadweard Muybridge in our upcoming auctions!

Do you own a work by Eadweard Muybridge, which you would like to sell?

Eadweard Muybridge - Works that have already been sold at Kunsthaus Lempertz:

He was a pioneer of photography and laid the foundations for the development of cinema: The importance of the English photo artist Eadweard Muybridge can hardly be overestimated; his works are not only an expression of great artistic depth but are also valuable witnesses of history.

Eadweard Muybridge – A coal child with a king’s name

When Eadweard Muybridge was born on 9 April 1830 in the English town of Kingston upon Thames, his parents – coal and corn merchant John Muggeridge and his wife Susanne – wrote the totally conventional name of Edward James on their son’s birth certificate. The town of Kingston upon Thames, however, had served as a coronation site for seven Anglo-Saxon kings and there could be found a coronation stone upon which Edward the Elder and Edward the Martyr were listed with the spelling Eadweard – probably where Eadweard Muybridge drew the inspiration for his later change of name. As a young man, he moved to America under his original name in the hope of making his fortune there. When he left, he declared to his grandmother that she would only hear from him if he succeeded in his endeavour. Eadweard Muybridge succeeded – and would become one of the greatest photographers of his time. It is still unknown where he learned his trade; what is certain is that Muybridge originally aspired to a career as a book dealer and publisher in San Francisco. Following a bad accident and a short visit to London, he changed his name and his orientation.

The discovery of photography as art

When Eadweard Muybridge began his career as a photographer, photography was far from being considered its own art form and was merely viewed as a somewhat exotic craft. Muybridge’s work would change this opinion permanently. He has his first successes with landscape shots for which the artist underwent all kinds of hardships in order to find the best perspective – abseiling down the gorges of the Yosemite Valley with his kilogram heavy equipment to photograph from a spectacular angle, for example. In doing so, he was by no means squeamish: irritating details were quickly removed, trees which were in the way were cut down. Eadweard Muybridge’s photos were composed like elaborate paintings; critics and the public reacted enthusiastically and showered him with praise. Technically, he was ahead of his time. If he could not capture all the details on a picture with his camera, he combined different elements to create deceptively real collages – more than a century before the first editing software.

Flying horses and a murder trial

Whilst his career was on a steep upward course, Eadweard Muybridge’s private life ran less smoothly: his wife Flora, a retoucher, entered into a clandestine liaison with the miner Harry Larkyns. Eadweard shot – this time not with a camera, but a revolver, and his rival died. In the subsequent trial, the court showed understanding for Muybridge’s motive and acquitted the artist. Muybridge used this freedom to push his art ever further, capturing not only moments, but entire sequences of movements with his photographic art. For the Californian railway tycoon Leland Stanford, he set up a complex system of twelve cameras to capture a galloping horse, and so proving for the first time that a running horse can keep all four legs in the air for a time. The ‘flying horses’ were followed by many more picture series which amplified Eadweard Muybridge’s fame and ultimately made him one of the most influential photo artists in history. In 1894, Eadweard Muybridge returned to his hometown of Kingston upon Thames where he wrote two teaching books, before dying of cancer on 8 May 1904. 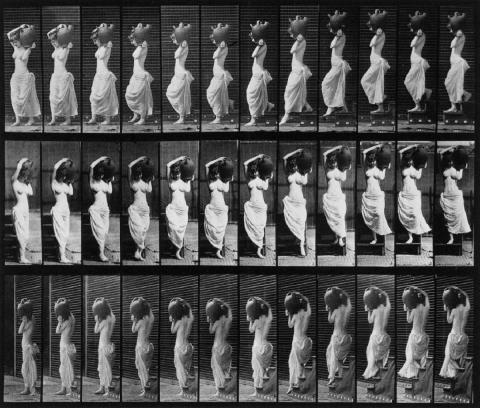 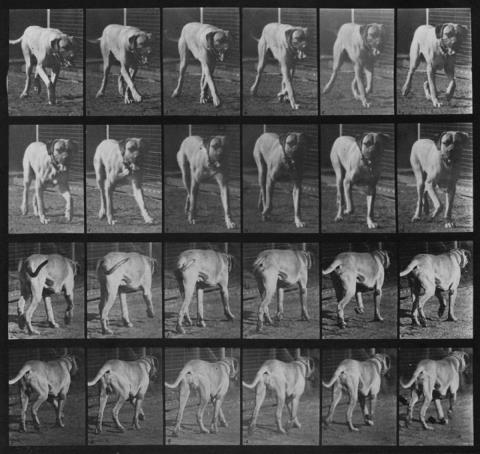 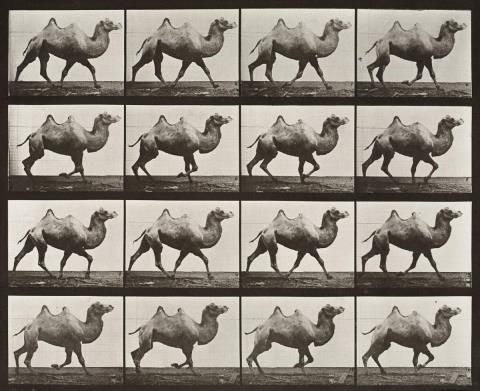