Buy works by Kenneth Noland in our upcoming auctions!

Do you own a work by Kenneth Noland, which you would like to sell?

Kenneth Noland - Works that have already been sold at Kunsthaus Lempertz:

Kenneth Noland was considered by his contemporaries initially as an Abstract Expressionist and then a representative of Minimalism, but it was his masterful execution of colour field painting which established his place in art history.

Kennth Clifton Noland was born on 10 April 1924 in Asheville in the US state of North Carolina. After serving in the Second World War as a soldier in the American air force, he was able to start studying art at Black Mountain College as part of state-funded reintegration measures for war veterans. His teacher there was Ilya Bolotowsky, one of the leading abstract artists in New York in the 20th century and it was Bolotowsky who introduced Noland to the Neoplasticism of the Dutch painter Piet Mondrian. Furthermore, Josef Albers taught him the colour theory developed at the Bauhaus. Kenneth Noland showed particular interest in the art of Paul Klee, especially his sense of colour. In 1948, Noland went to Paris where he continued his studies with the Belarusian cubist, Ossip Zadkine, and it was there that he celebrated his first great success as artist: his first solo exhibition in Galerie Creuze. Buoyed by this experience, Kenneth Noland returned home that same year.

Kenneth Noland worked as a teacher, amongst others places, at the Catholic University of America at the Institute of Arts in Washington, and in later years at Bennington College in Vermont; one of his most famous pupils was the sculptor Jennie Lea Knight. His encounter with the painter Morris Louis, in whom he found a friend and kindred spirit, proved momentous, and both quickly developed into important protagonists of the Washington School. Together they visited Helen Frankenthaler, who had studied with Jackson Pollock, and adapted her technique of soak stain, painting with acrylic paint on unprimed canvas. With this painting technique, heavily diluted paint is absorbed by the ground, producing a soft, slightly smudged impression. Kenneth Noland moved artistically away from his friend Louis in 1958 when he began to explore concentric rings, with works such as the iconic Beginning strikingly reminiscent of targets.

Kennet Noland belonged to those artists who were selected by Clement Greenberg in 1964 for his trailblazing exhibition Post-Painterly Abstraction. That same year he was represented in the American pavilion at the Venice Biennale, and took part in Documenta 4 in Kassel in 1968. In 1977 he was appointed a member of the American Academy of Arts and Letters, and in 1991 of the American Academy of Arts and Sciences. Kenneth Noland was married four times: With his first wife Cornelia Langer he had three children, one of whom is Cady Noland, the object and installation artist. His last wife was the publisher Paige Rense, whom he married in 1994. In addition, in the 1960s he had an affair with the artist Mary Pinchot Meyer.

Kenneth Noland died of cancer on 5 January 2010 in Port Clyde in the US state of Maine. 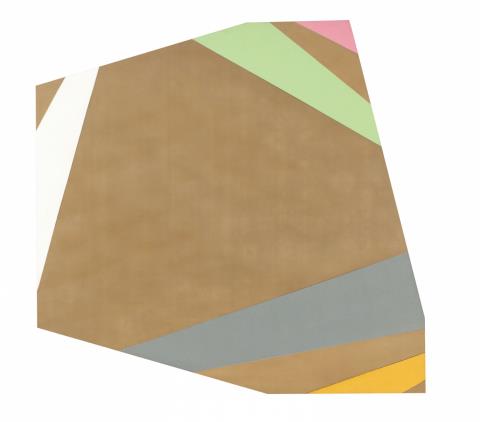 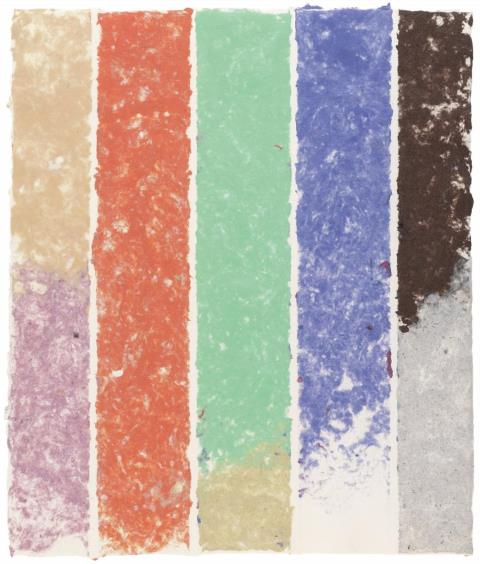