Buy works by Willi Sitte in our upcoming auctions!

Do you own a work by Willi Sitte, which you would like to sell?

Willi Sitte - Works that have already been sold at Kunsthaus Lempertz:

Willi Sitte did not want to separate art and politics. The German graphic designer and painter established a significant reputation as co-founder of Socialist Realism, but was also the target of fierce criticism due to his proximity to the SED (Socialist Unity Party of Germany) and remains controversial even after his death.

Willi Sitte was born on 28 February 1921 in Kratzau in Czechoslovakia. As one of seven children of a German carpenter and a Czech mother, the path to art was not laid out for him, but rather an early contact to politics with his father involved as co-founder of the Czechoslovakian Communist Party, and Willi himself a member of the Communist Youth League. His artistic talent revealed itself early on in school and was encouraged by his drawing teacher which led to his attendance at the art school of the Trade Museum in Reichenberg where he trained as a textile pattern draughtsman. Sitte’s further studies at the Hermann Göring Master School of Painting in Kornenburg in the Eifel region was overshadowed, however, by serious rifts with his teachers resulting in his enlistment in the army. On the Eastern Front he contracted yellow fever and following a short leave of recuperation was transferred to Italy where he deserted and joined the Italian partisans.

Emigration to the GDR; success as artist and teacher

Willi Sitte participated in the resistance struggle in Italy until the end of the war in 1945 and went then to work in Milan for a few months. During this time, he created his seven-part picture series Danza funebre del terzo Reich. His return to Czechoslovakia was short-lived as in the course of the widespread expulsion of Germans from the country, Sitte was also forced to leave his homeland and decided to emigrate to the GDR. He joined the SED in 1947 and in 1951 was appointed teacher at the Burg Giebichenstein University of Art and Design; even after his election as professor in 1959, he did not shy away from conflicts with the culture functionaries in the fight for artistic independence for himself and his colleagues. His acquaintances included artists such as Rainer Kirsch, Christa Wolf, Eva-Maria Hagen and Wolf Biermann but his decision to become politically engaged in the SED led to tension and alienation amongst his friends.

Willi Sitte reached the great turning point in his work with the fusion of politics and art and was co-founder and influential representative of Socialist Realism. This was not concerned with formal experiments but about glorifying Soviet propaganda themes in the most understandable way possible and it is precisely these large format propogandist paintings from this phase that made Willi Sitte famous. An ideal hero figure usually stands at the centre of populist events, a hero according to Sitte’s and his political patrons’ understanding: a hero of communism, who through his actions, serves as an ideological role model for the common people who were intended to play the role of devoutly astonished observer. Workers and revolutionaries were frequent subjects in the painter’s work. 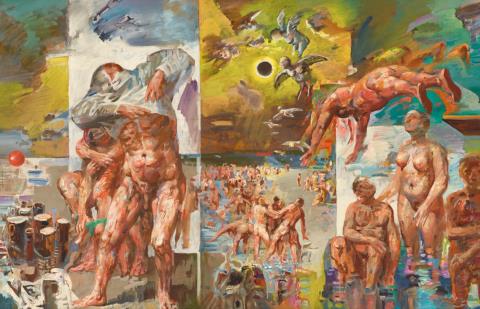 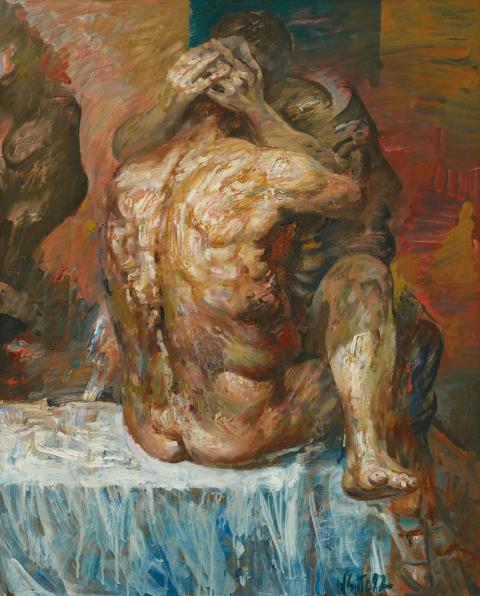 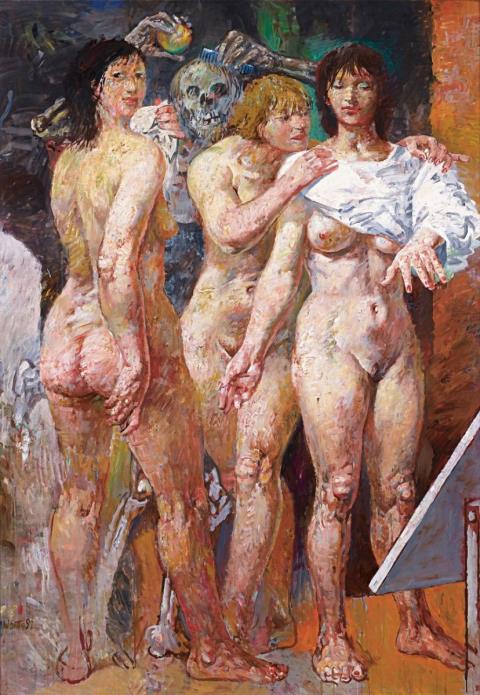 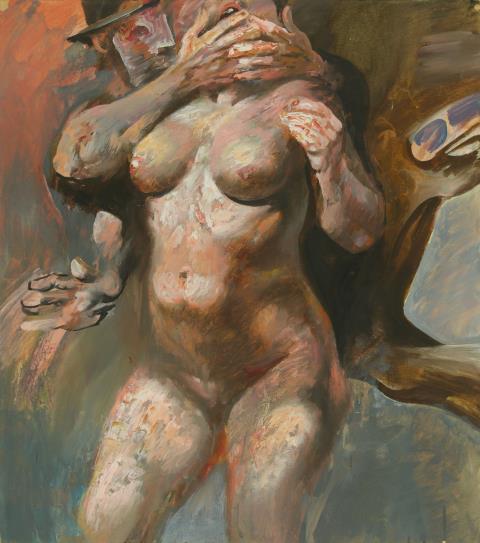 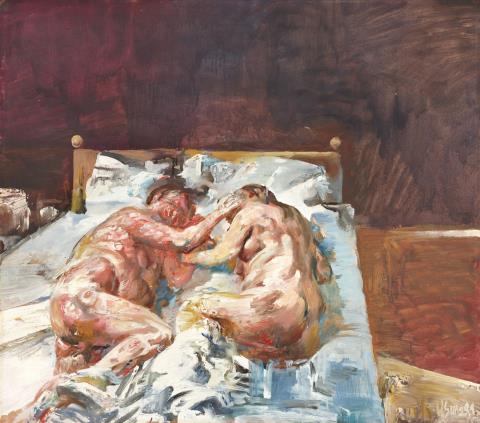 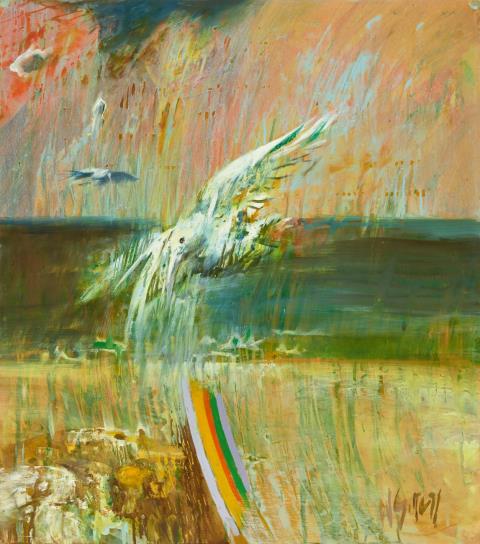 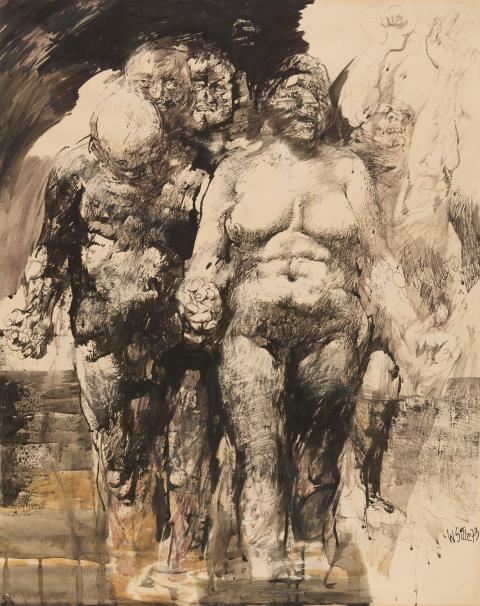 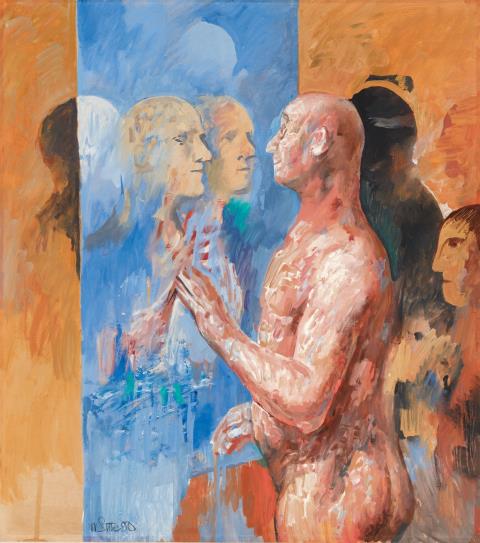 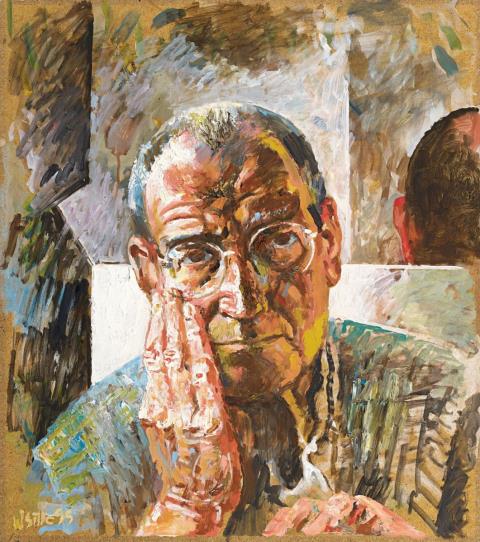