Do you own a work by Henry Van De Velde, which you would like to sell?

Henry Van De Velde - Works that have already been sold at Kunsthaus Lempertz:

The Belgian Henry van de Velde was one of the most important reformers to develop out of the Jugendstil of the late 19th century and the turn of the century, and he was the founder of modern artistic design. His will to give form programmatically encompassed every aspect of life, from architecture to cutlery, from typography to women’s dresses. His influence on art and on educational policy in the context of the struggle for modernism in the Wilhelminian society of pre-1914 Germany was substantial, and he had the support of an important network of open-minded public figures. In 1901, through the efforts of Harry Graf Kessler and Elisabeth Förster-Nietzsche, van de Velde was invited to come to Weimar, initially as advisor for industry and applied art to the Grand Duchy of Saxony-Weimar-Eisenach; in Weimar he initiated the founding of the Grand-Ducal-Saxon School of Applied Art, out of which – as is well known – the “Bauhaus” would develop after the First World War. Previously, in Hagen, van de Velde had been able to use his experience and connections to provide Karl Ernst Osthaus with profound advice regarding the collection of the “Folkwang”; in Berlin, van de Velde had designed the interiors of the leading galleries for modern art – those of Paul and Bruno Cassirer and the Kunstsalon Keller & Reiner. In the 1880s, after studying painting at the Academy in Antwerp and a stay in France, van de Velde came in contact with the most recent tendencies in French art. In Brussels he saw works by Seurat, which captivated him and caused his conversion to neo-Impressionism. He joined in the efforts and the exhibition activities of the Brussels group “Les XX”. However, in 1893, van de Velde gave up painting in order to pursue his calling as a reformist theorist and designer working on the basis of an expanded concept of art. After the beginning of the First World War, van de Velde and his family temporarily moved to Switzerland. His later architectural designs include the commission for the Kröller-Müller-Museum in Otterlo. 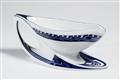 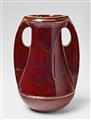 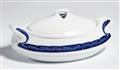 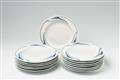 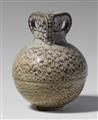 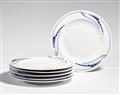 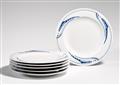 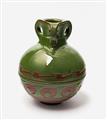 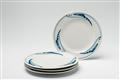 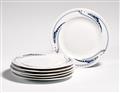 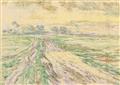 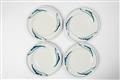 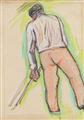 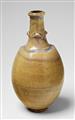 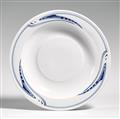 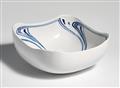 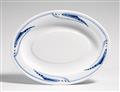 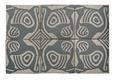 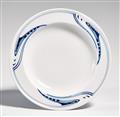 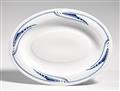