Buy works by Leonor Fini in our upcoming auctions!

Do you own a work by Leonor Fini, which you would like to sell?

Leonor Fini - Works that have already been sold at Kunsthaus Lempertz:

Leonor Fini staged herself and her art as a great, enchanted and often enigmatic flood of images. The Italian painter was well known during her lifetime but fell for a while into oblivion after her death. More recently, following her rediscovery, she is considered a pioneer of postmodern painting.

Leonor Fini was born in Buenos Aires on 30 August 1907. In 1909, her mother, originally from Trieste, left her husband, the affluent businessman Emmanuel Fini, and took their daughter to her hometown without his knowledge or consent. To protect her from her father’s grasp, her mother made her daughter wear boys’ clothes for years. As an effect of the parental dispute, Leonor Fini developed a pronounced stubbornness that made it impossible for her to fit into the school system. She was eventually expelled from school and from then on taught herself in her uncle’s library and through frequent museum visits. This was especially the case for her interest in art which emerged in her childhood and led to the extensive practice of painting. Thus, Leonor Fini was able to hold a small solo exhibition in Trieste at the young age of seventeen.

The artist struggled with the dogmatism of Surrealism

In 1925, Leonor Fini moved to Milan and earnt a living as a portraitist, painting, amongst others, the daughter of the fashion designer Elsa Schiaparelli, and exhibited her works alongside Carlo Sbisà and Arturo Nathan. In the mid-1930s she moved to Paris where she met the Surrealists during an affair with Max Ernst, associated with artists such as Man Ray, Salvador Dalí, George Bataille and André Pieyre de Mandiargues, and became friends with some of them. She struggled, however, with the Surrealist mastermind André Breton and his dogmatic manifestos and refrained from joining the movement. She held this aversion her whole life and at the age of 75 vehemently refused to be termed a Surrealist. Nevertheless, art critics mostly considered her a follower of Surrealism because of her clear echoes of the movement.

The hybrid exerted a great fascination for Leonor Fini

Leonor Fini developed her own pictorial cosmos which was fed by romantic, philosophical and surrealistic elements. She posed naked in an intimate embrace with the poet André Pierye de Mandiargues in front of the camera of the photo artist Hernri Cartier-Bresson and also showed a pronounced fascination for the blending and dissolution of traditional gender roles. The artist loved to stage herself as an androgenous art figure in elaborate costumes. She also had a particular love for cats, which she worshipped almost like a cult. In the 1940s, Fini resided predominantly in Monte Carlo where she created numerous portraits of important personalities including Jacques Audiberti, Jean Genet, Anna Magnani and Suzanne Flon. There she also met the Italian consulate Stanislao Lepri who also turned to paining, and remained her partner until her death. 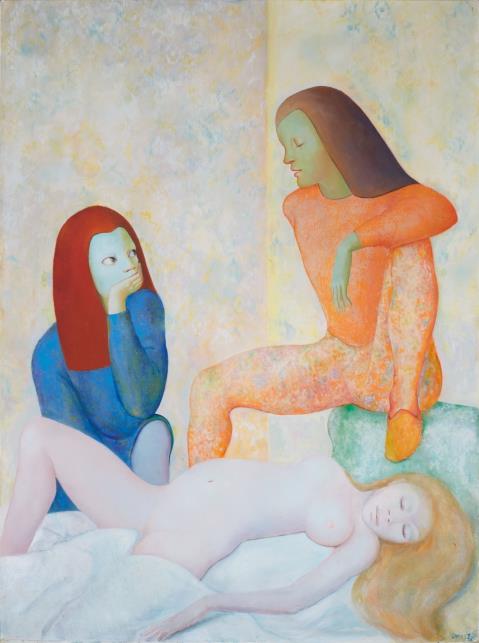 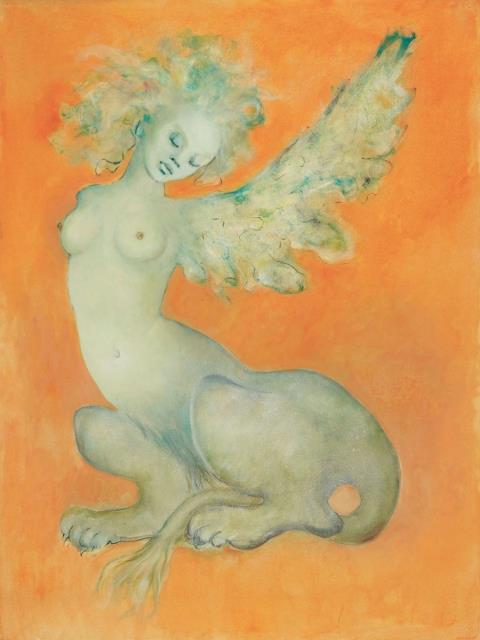 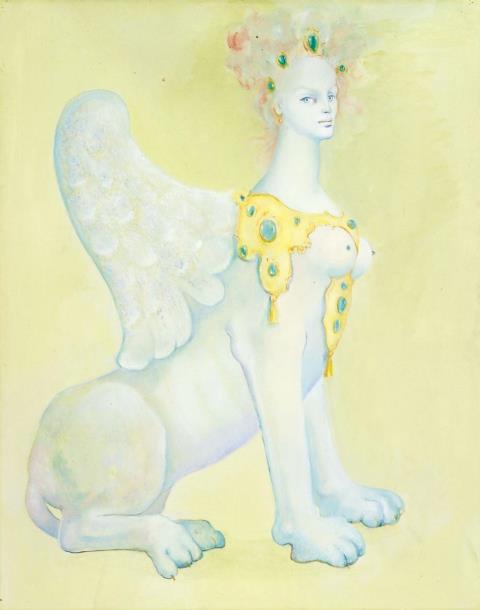 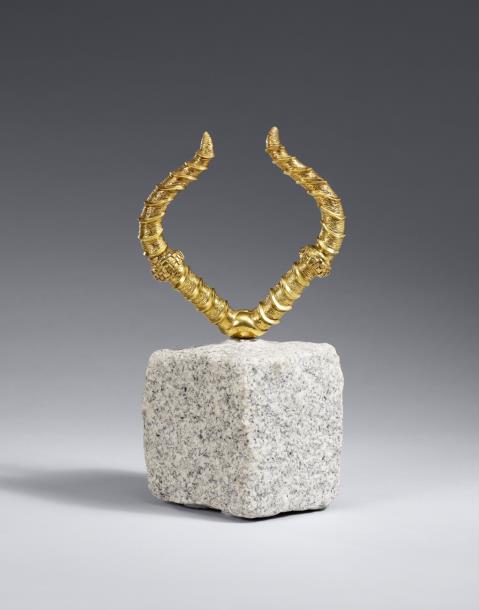 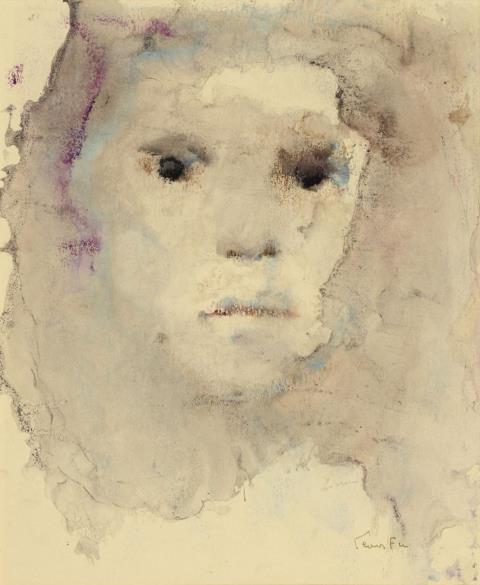 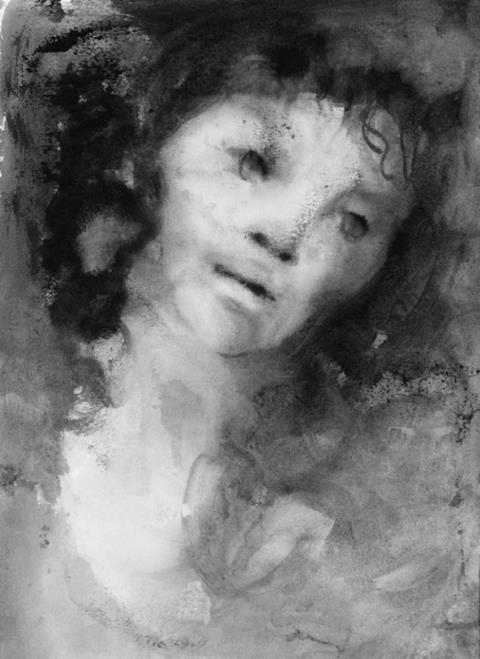 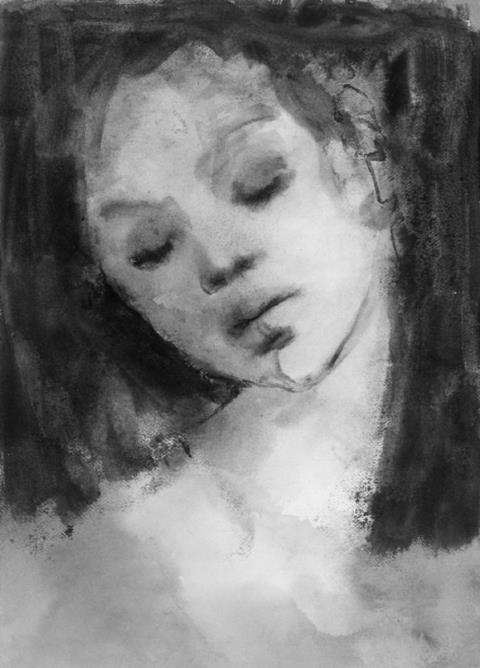 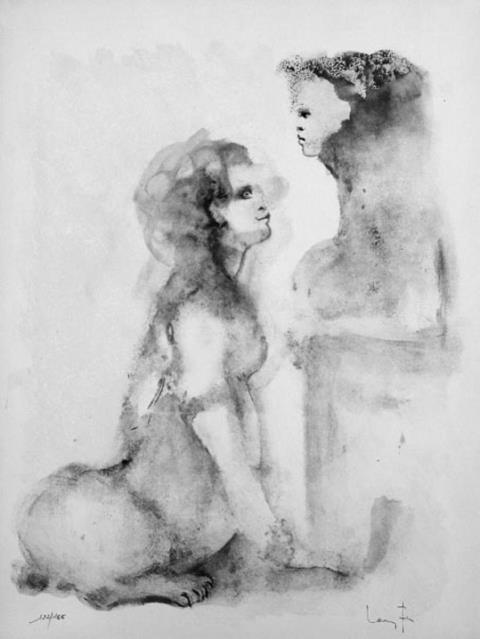 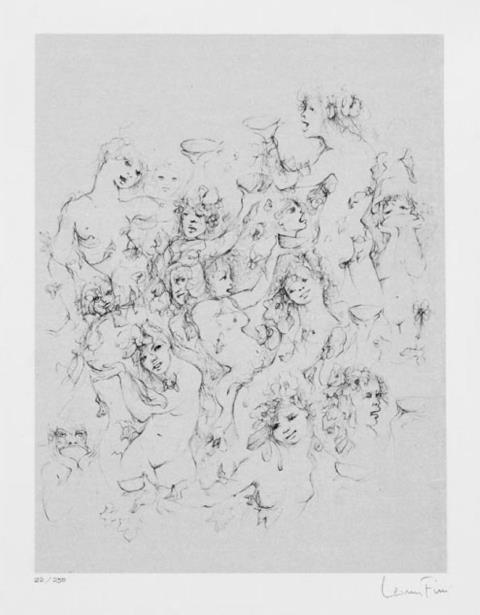