Buy works by Robert Delaunay in our upcoming auctions!

Do you own a work by Robert Delaunay, which you would like to sell?

Robert Delaunay - Works that have already been sold at Kunsthaus Lempertz:

Robert Delaunay found fame through his pursuit for ‘pure painting’; with his practical and theoretical work, the French artist set an important milestone for the development of modern painting, and not just in France.

Robert Delaunay was born in Paris on 12 April 1885. Following his parents’ separation, he spent his childhood on his aunt and uncle’s country estate in La Ronchère near Bourges and was allowed to leave school early to take on an apprenticeship as stage designer. From 1903 to 1905, he created his first pictures in the Neo-Impressionist style which he had adopted as an autodidact. Robert Delaunay made the decision to become a painter but initially had to fulfill military service as the regiment librarian. He returned to Paris in 1908 where he met his later wife Sonia Terk, who herself painted and was at that point still married to the German art dealer Wilhelm Uhde. In the stimulating atmosphere of that city, Delaunay created his first series including numerous depictions of the Eifel Tower – the Parisian landmark, which had only been erected in 1889 on the occasion of the World’s Fair, fascinated the young painter. Under an early study of the motif, he wrote: The tower speaks to the universe.

Robert Delaunay married Sonia Terk in 1910 and they settled in Paris, where their studio flat became a favourite meeting point of the Parisian art scene. Delaunay’s turn to Cubism brought harsh criticism at an exhibition, but following Wassily Kardinsky’s invitation, he joined the artist group ‘Der Blaue Reiter’ and in 1912, Delaunay’s Cubist phase ended with the move to pure colour painting. The new style was oriented towards the colour theory of the chemist Michel Eugène Chevreul and was primarily based on circular formations. Delaunay’s new way of painting found great resonance with his fellow artists Franz Marc, Paul Klee and August Macke and inspired the poet and writer to create the word ’Orphism’. Delaunay himself was not happy with this term and wanted to have his art understood rather as ‘dissipated Cubism’ (Cubisme écartelé). In 1913, Herwarth Walden dedicated a large solo exhibition to the artist in his Berlin gallery ‘Der Sturm’.

The question of the practical applicability of art

Robert Delaunay and Sonia Delaunay-Turk were on holiday in Spain when the First World War broke out. They worked together in Madrid on stage and costume design for the opera and it was in Spain that the artist’s only nude painting was created. The return to Paris brought it close to the young Dada movement – Robert Delaunay portrayed many of the young poets around him such as Tristan Tzara, André Breton and Louis Aragon and he himself composed writings concerned with the practical applicability of art in architecture and craftwork. In 1931 Robert and Sonia joined the group ‘Abstraction-Création’, in 1937 they designed two pavilions for the Paris World’s Fair, and in 1938 Robert Delaunay created his last work with the decoration of the Sculpture Hall of the Salon des Tuileries. At the onset of the Second World War and the occupation of France, the couple moved to Auvergne in South France.

Robert Delaunay died of cancer on 25 October 1941 in Montpellier. 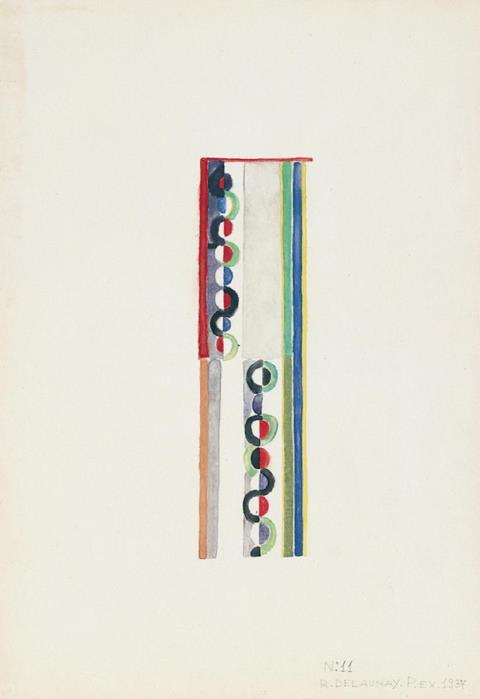 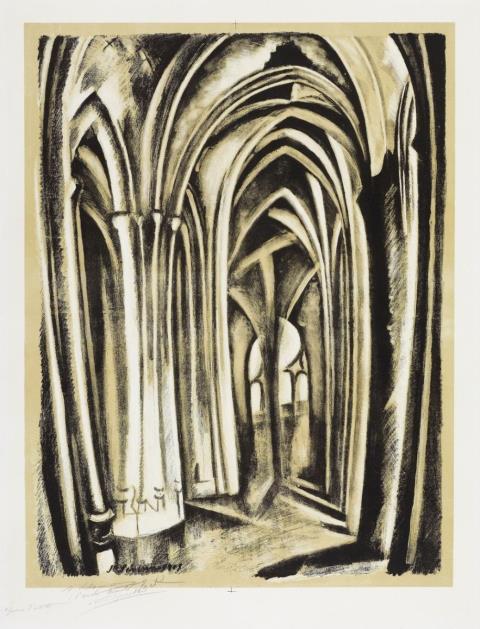 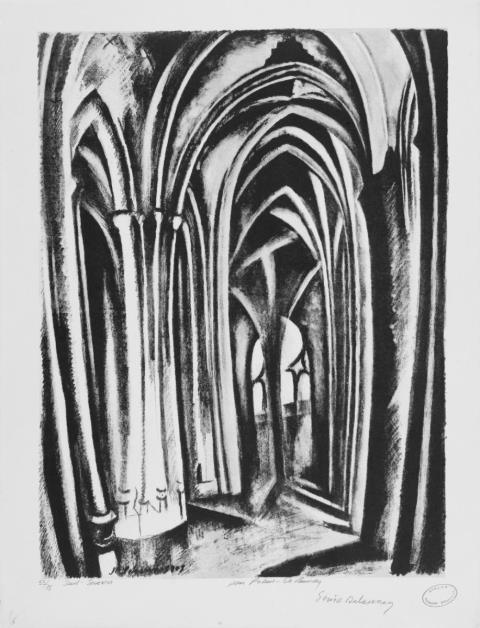