Buy works by Andreas Gursky in our upcoming auctions!

Do you own a work by Andreas Gursky, which you would like to sell?

Andreas Gursky - Works that have already been sold at Kunsthaus Lempertz:

Andreas Gursky wants art for eternity, and the chances of this happening are good: the monumental photographs by the German superstar are more in demand than ever, are snatched from the free market for ludicrous sums, and attract art dealers and investors alike.

Andreas Gursky was born in Leipzig on 15 January 1955. Photography had been in the family for two generations as his father Willy Gursky and his grandfather Hans Gursky worked as commercial photographers. Willy Gursky had a studio in Leipzig for a time which he had to give up when the family fled the GDR in 1955 for the West and settled in Düsseldorf. His interest in the teachings of the German photo pioneer Otto Seinert led Andreas Gursky to Essen where he studied visual communication under Michael Schmidt. But Gursky would only have been able to hear Steinert a few times as the latter died in 1978. He found, however, an equally distinguished teacher in Bernd Becher who made Gursky his master student in 1985. Alongside Becher’s students Boris Becker, Elger Esser, Bernhard Fuchs, Candida Höfer, Axel Hütte, Tata Ronkholz, Thomas Ruff, Jörg Sasse and Thomas Struth, Andreas Gursky belonged to the group that world become known as the “Düsseldorf Photo School”.

The photographer as painter, the pictorial montage as artwork

Whilst Andreas Gursky is best known today for his large-format, almost monumental works, his photographic career began on a much smaller scale. The first large-format works appeared in the 1980s, whereby Gursky soon distanced himself from one of the fundamental principles of his Düsseldorf comrades, and turned consciously to montage as an expressive tool. Gursky does not see this as a violation of his artistic integrity; on the contrary, the artist considers himself also a painter and sees in montage the possibility of accessing the fine arts’ vocabulary of forms. It is therefore increasingly rare for the photographer to be satisfied with a motif straight away – instead, he often photographs entire series of images from which he then compiles the desired final version. He also deliberately manipulates size and relation on the image; for example, he enlarged the audience for the shot of a Madonna concert using digital computer technology. In Gursky’s work, photography is no longer objective documentation, but a creative act, a conscious staging. The montages are obviously recognisable as such; it is not a matter of deliberately deceiving the audience, but of overcoming misleading certainties.

The hunt for the perfect picture, a constant risk for art

Andreas Gursky does not photograph in the studio but goes out into the world – and does not shy away from great physical engagement and personal risk for the desired result. He climbs into helicopters, is hoisted meters up into the air by cranes, and ventures far too close to the racetracks. The effort is worth it: photographs by Andreas Gursky have long commanded dizzying prices and his art has become an object of investment and speculation. The business is worthwhile because there is nothing comparable: Andreas Gursky’s pictorial worlds possess a unique expanse and aesthetic. Characteristic features also include the double plane, the monumental, immense for the viewer from a distance, which dissolves into a swarm of hidden details and unexpected particularities when the picture is studied up close. 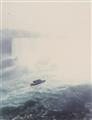 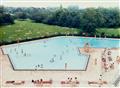 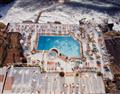 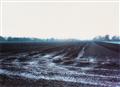 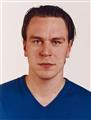 Portfolio - How you look at it 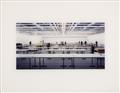 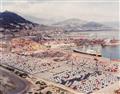 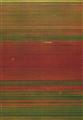 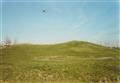 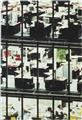 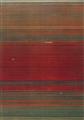 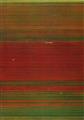 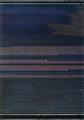 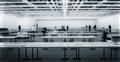 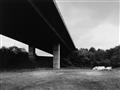 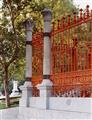 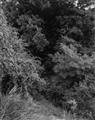 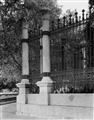 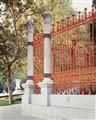 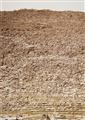 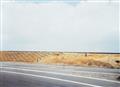