Buy works by Damien Hirst in our upcoming auctions!

Do you own a work by Damien Hirst, which you would like to sell?

Damien Hirst - Works that have already been sold at Kunsthaus Lempertz:

Damien Hirst is one of the most expensive and famous brand names of modern art. The British painter, sculptor and conceptual artist does not shy away from dramatic stagings in his examination of the complex themes of death and life and moves skillfully on the threshold of horror and fascination.

Damien Hirst was born in Bristol on 7 June 1965. At the age of twelve, his father, a car mechanic, left the family and Hirst grew up with his mother in Leeds. His passion for art led him to London where he took a Fine Art course at Goldsmiths College from 1986 to 1989. It was clear to Damien Hirst from early on that he did not want to concentrate on a specific direction of art, but rather strived for the development of a multifaceted artistic expression. With fellow students, Hirst organised an exhibition in London’s docks in 1988, one that is now generally regarded in art history as the birth of the Young British Artists. Although a group never officially existed with this name –invented by the media in retrospect for the loose association of diverse emerging artists – the designation as such is generally acknowledged today, as is Damien Hirst’s significance as an outstanding and driving force of this movement.

Damien Hirst rose quickly to worldwide fame in the 1990s with his morbid artworks which reliably crossed boundaries of taste and sometimes bore awkward names. An early, brilliant example is his tiger shark suspended in formaldehyde which caused a sensation in 1991 with its title The Physical Impossibility of Death in the Mind of Someone Living, commissioned by the art dealer Charles Saatchi, an active patron of the Young British Artists. Sold in 2004 for 6.5 million pounds to the American hedge fund manager Steven A. Cohen, in 2006 the shark showed such clear signs of decomposition that it had to be replaced. Hirst continued to work with conserved animal carcasses for the next few years attracting numerous critics. An attempt by an activist to sabotage Hirst’s work Away from The Flock only contributed to the controversial British artist’s growing fame. Hirst had never lacked self-confidence; contradiction and protest were always the Pop artist’s elixir of life and success proved him right: Damien Hirst received prizes and awards for his work, including the Turner Prize and the Prix Eliette von Karajan in 1995.

In 2007, Damien Hirst once again set a benchmark with his sculpture For the Love of God: for the cast of a human skull from the 18th century, the artist used platinum which was, in addition, set with 8,601 flawless diamonds. Inspired by Aztek art, the work sold for 50 million pounds. The bronze statue Verity from 2012 made a spectacular impression, depicting a pregnant young woman whose internal organs including a fetus and uterus, were visible on her right-hand side, evoking memories of the equally controversial German plastinologist, Gunther von Hagens. The border between art and commerce is often blurred in Hirst’s work; the artist always sought new sales’ channels and buyer groups in order to become independent of the traditional art market, targeting big business, and approaching oil sheiks, oligarchs and managers. This proved successful: a two-day auction direct from his studio brought Damien Hirst the record total of 172 million dollars but also the harsh criticism that he had deliberately reduced his once glamorous name to a purely commercial brand. 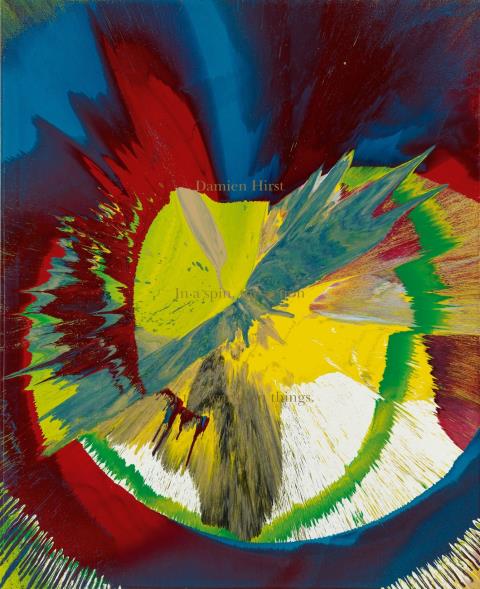 Damien Hirst - In a spin, The Action of the World on Things 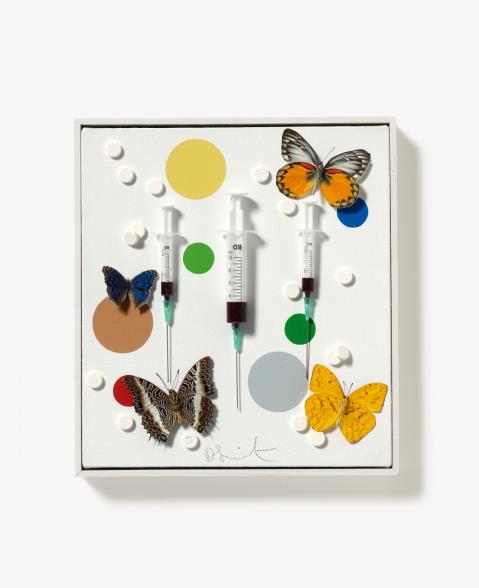 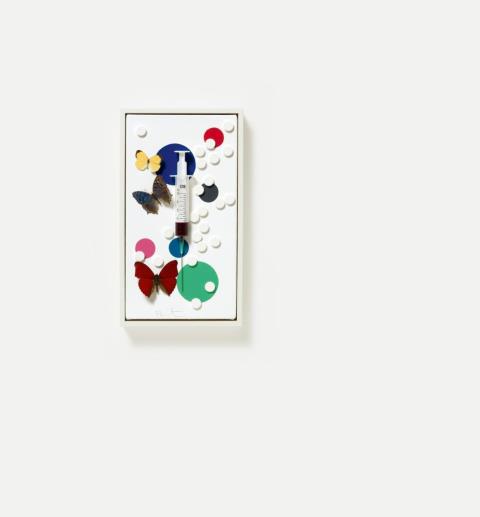 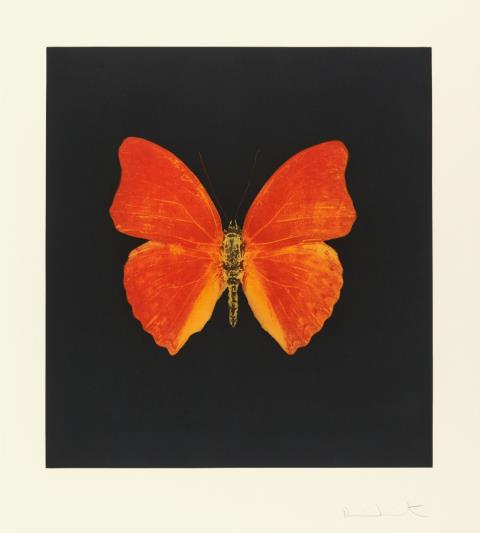 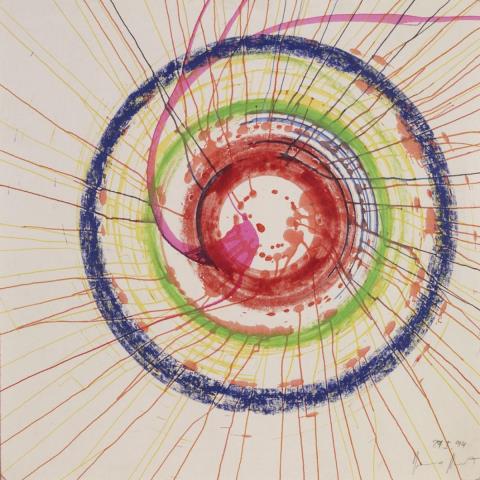 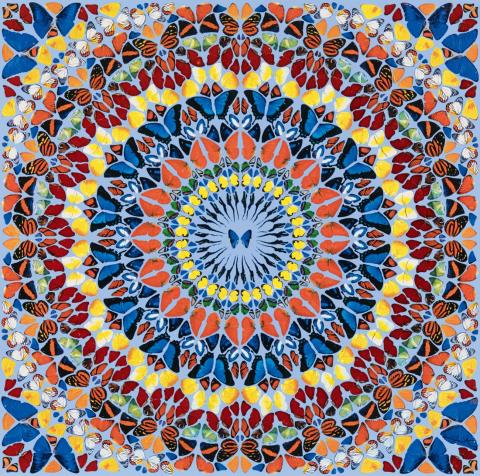 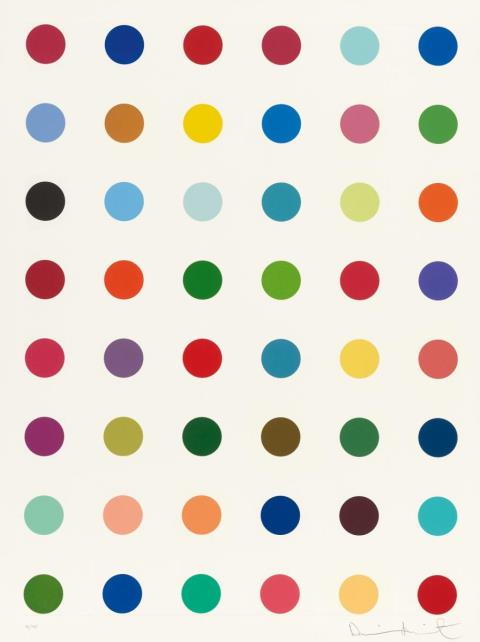 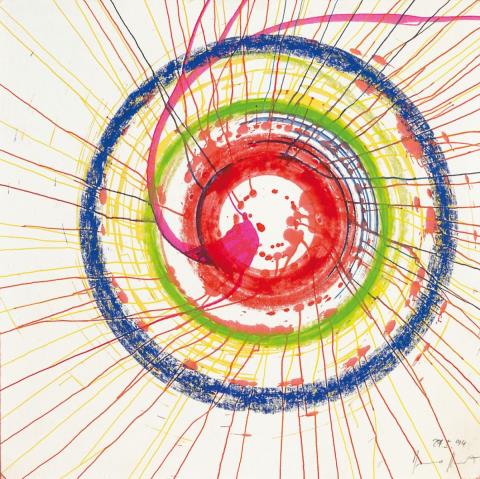 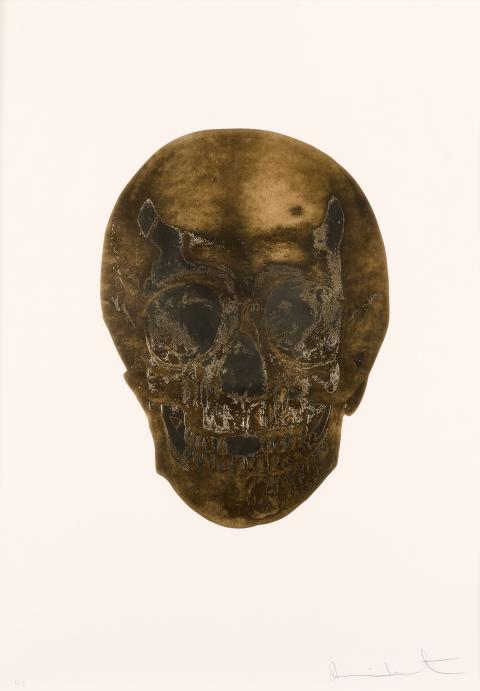 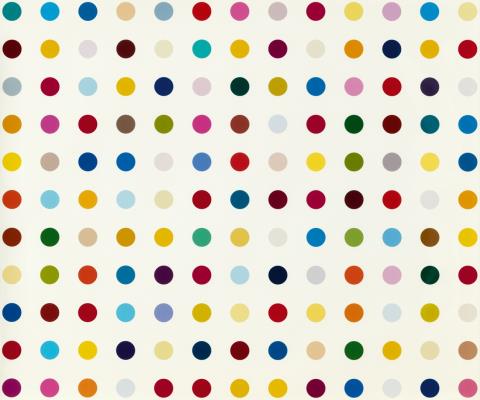 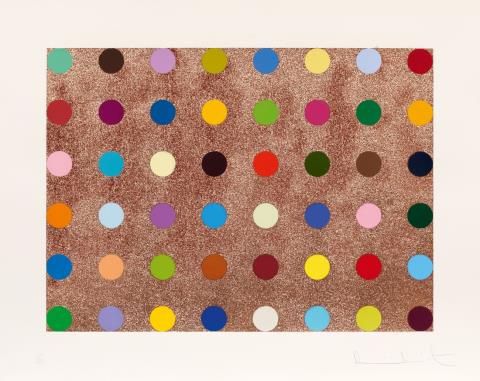 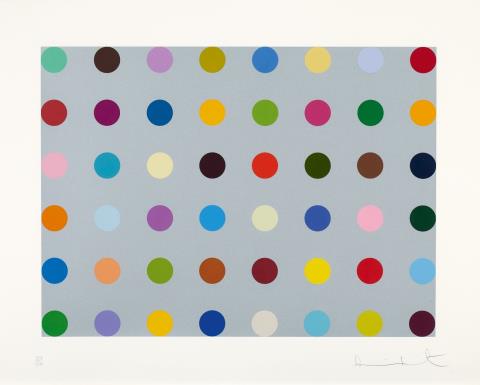 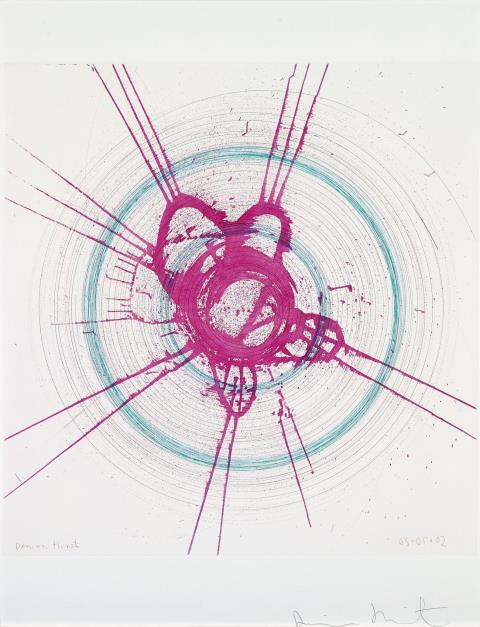 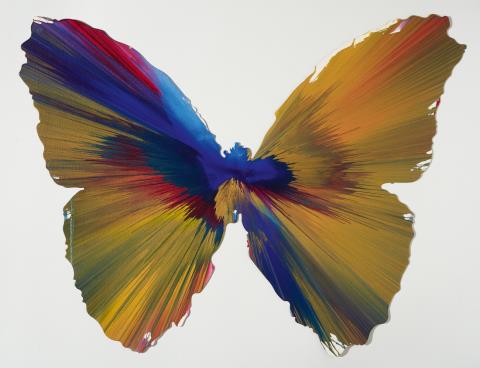 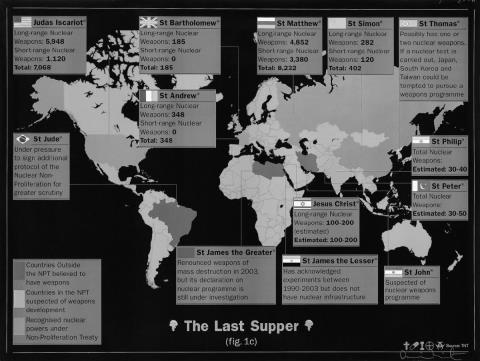 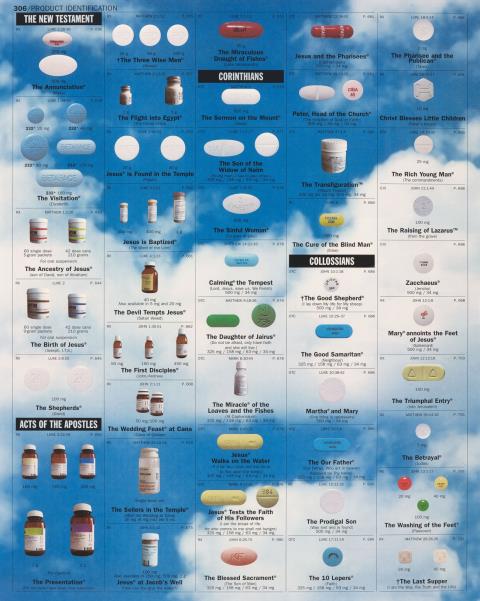