Buy works by Franz Marc in our upcoming auctions!

Do you own a work by Franz Marc, which you would like to sell?

Franz Marc - Works that have already been sold at Kunsthaus Lempertz:

Franz Marc is celebrated as one of the most important animal painters of modern times; however, the German artist, who found people ugly and sought higher beauty and purity in the nature of animals, was disappointed with his quest and ultimately fled to abstraction.

Franz Marc was born in Munich on 8 February 1880. His father, the painter and professor Wilhelm Marc, taught his son the technical basics, but a career as artist did not come into question. Rather, Franz Marc wished to study theology and take up a spiritual profession, and although he eventually pushed this wish to the side and began to study painting at the Munich Academy of Fine Arts following his military service, a religious dimension was always inherent in his work. For Marc, who had come into contact with Impressionist painting on a study trip to Paris, it wasn’t the outer appearance - which he altered with much symbolic energy especially in the use of colour - but the inner being, the ‘animal soul’, which took centre stage in Franz Marc’s pictures. His preferred motif was that of the animal, which he tried to capture not according to its nature, but its essence, on the suggestion of his friend, the Swiss animal painter Jean-Bloé Nietslé.

Colour as symbolic language of a new, purified world

Franz Marc experimented with various painting styles and discovered coloration above all to be his personal method of expression. His friendship with Wassily Kandinsky and Gabriele Münter was characterised by an intensive examination of colour theory. Together with Kandinsky, Franz Marc founded the avant-garde artist collective Der Blaue Reiter, joined later by Paul Klee and August Macke. The blue horse embodied for Marc the longing for redemption from earthly ballast, from the visible world, which was ultimately nothing more for the artist than a deception that had to be overcome. Together with his lifelong friend Macke, Marc visited the French painter Robert Delauney in Paris, whose Orphic Cubism impressed both artists very much. More than Delauney, Marc was captivated by Futurist art which he could admire in an exhibition in Bonn on his return from Paris. It became ever clearer for Marc that he could not achieve his aspirations through figuration, and his colours exploded out of their moulds.

Overcoming nature by turning to the spirit

Under the impression of the looming clouds of World War, Franz Marc also moved increasingly away from the animal motif towards abstraction. Whereas he had once been impassioned by nature, he now found it ugly, and the only goal of the true artist was pure spiritual being. His later master work, the four-part pictorial series Playing Forms, Cheerful Forms, Broken Forms and Fighting Forms, strikingly illustrates this development and prompted quite diverse interpretations amongst critics. The sombre, resigned mood which pervaded Marc’s work culminated in apocalyptic depictions of lifeless worlds and perhaps also prompted the artist’s fateful voluntary enlistment for military service.

Franz Marc was killed on 4 March 1916 in Braquis near Verdun. He was 36 years old. His perhaps most famous picture, Tower of Blue Horses, featured in the 1937 exhibition of ‘Degenerate Art’. It remains missing to this day. 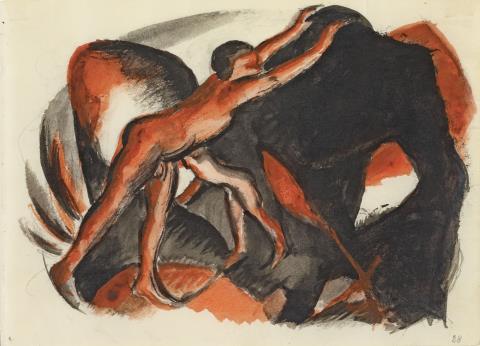 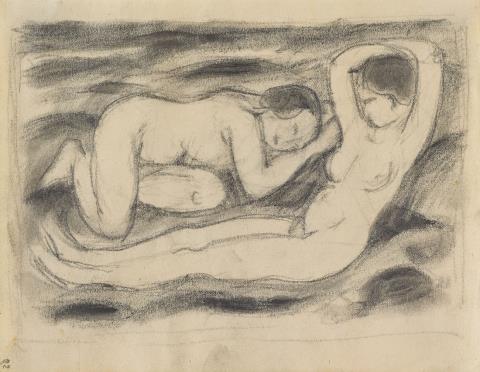 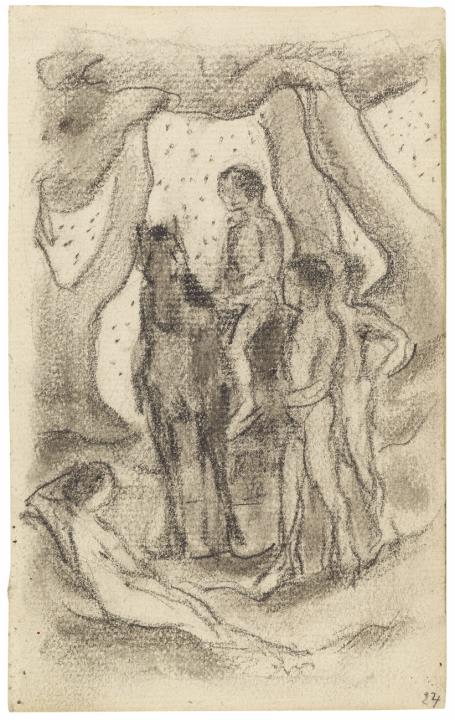 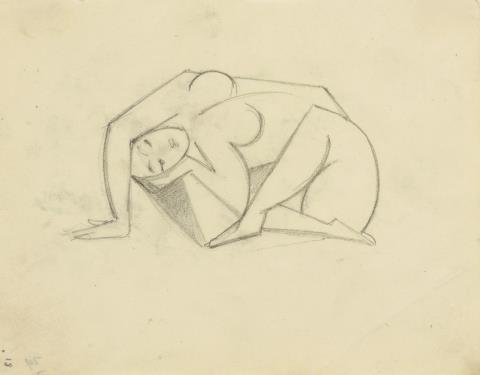 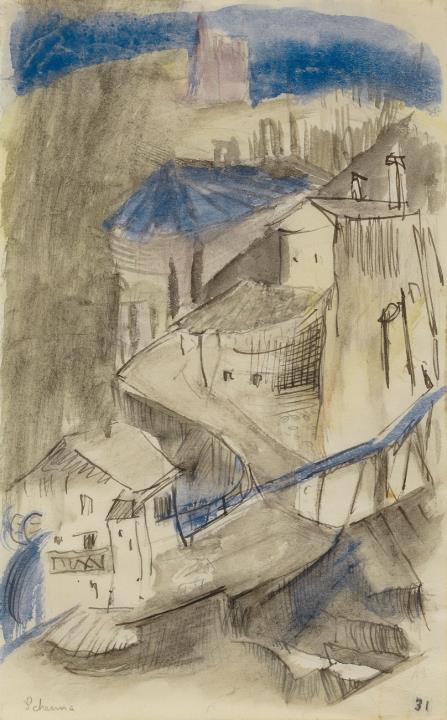 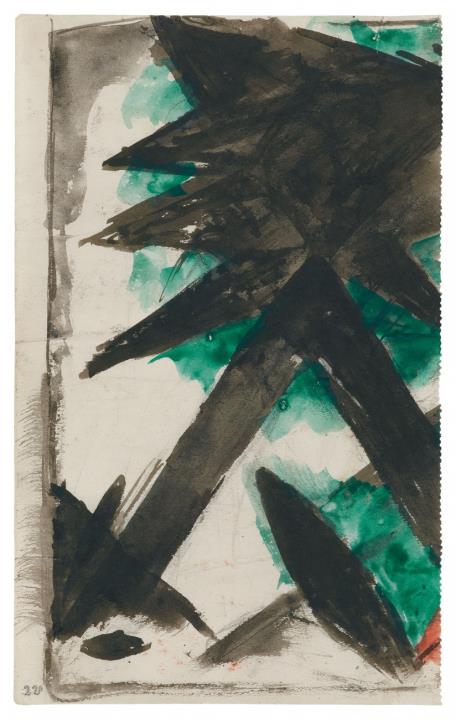 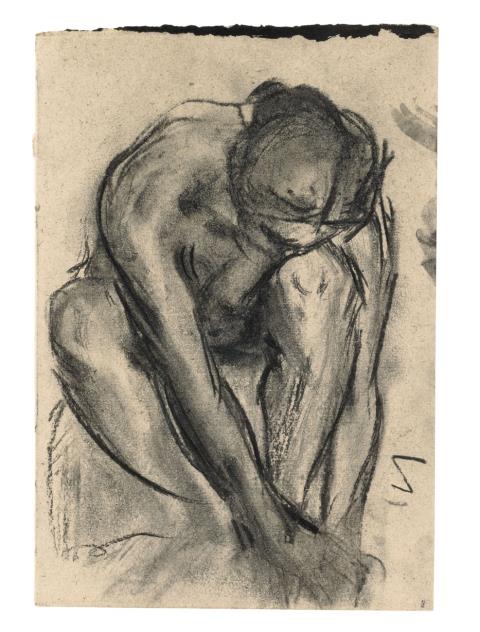 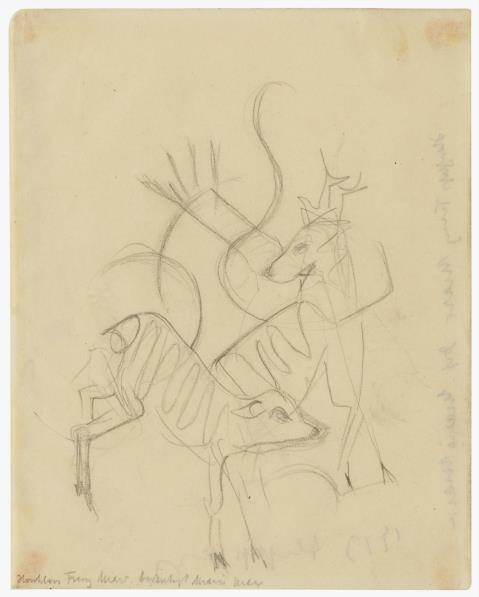 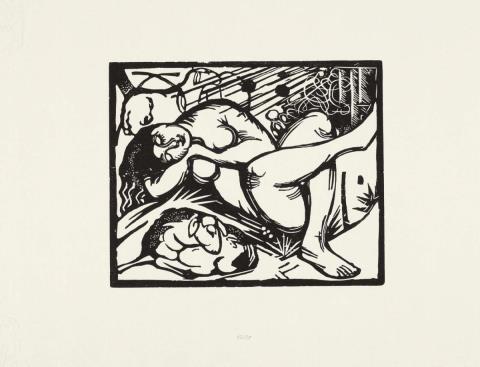 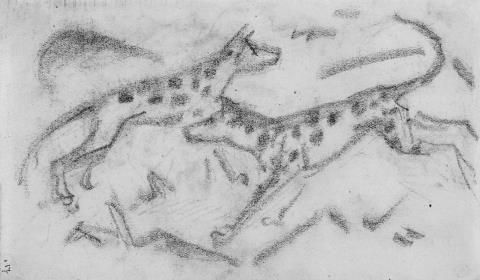 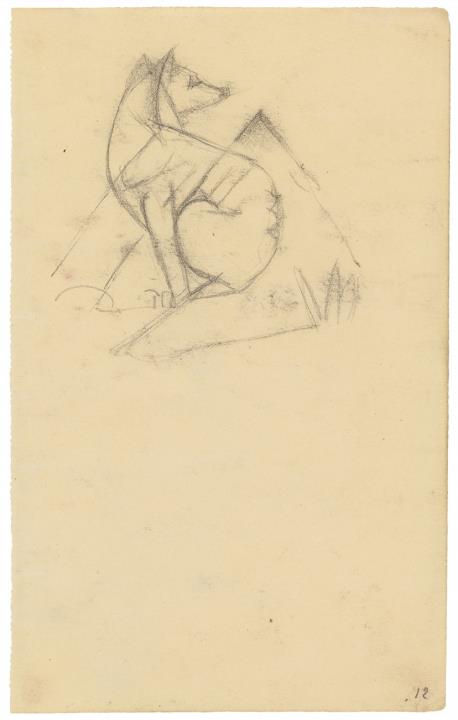 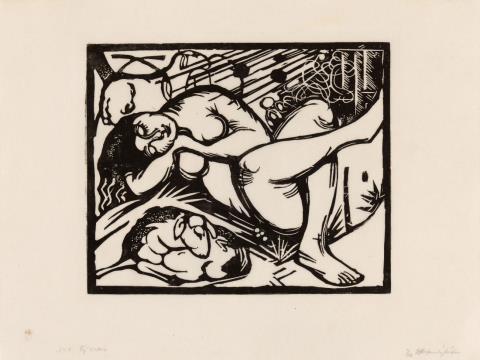 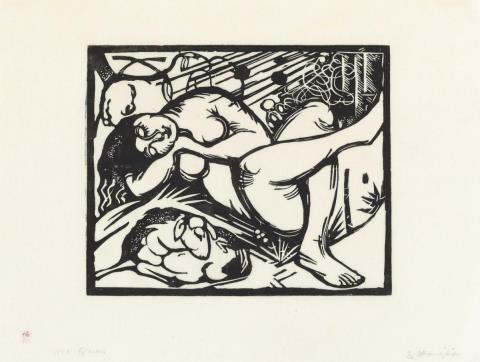 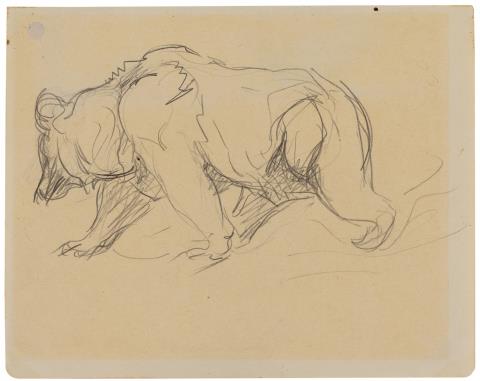 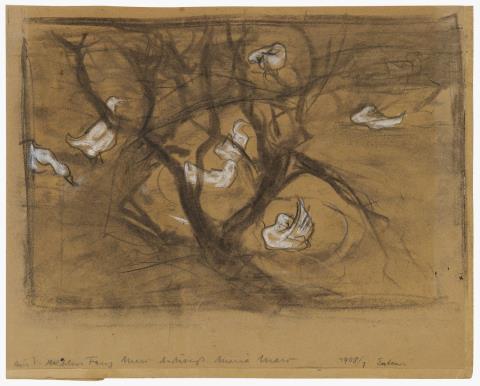 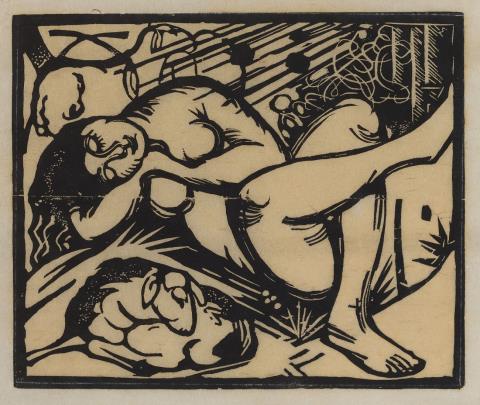 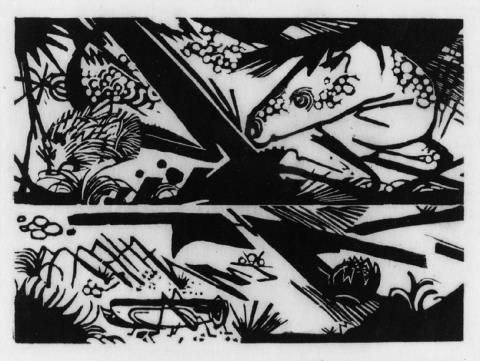 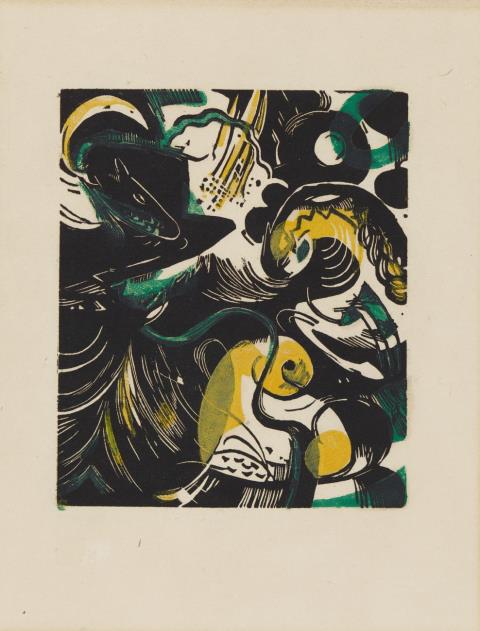 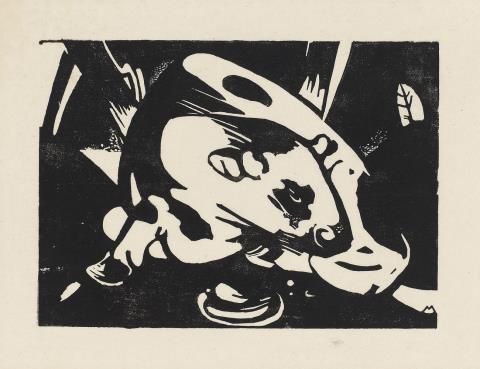 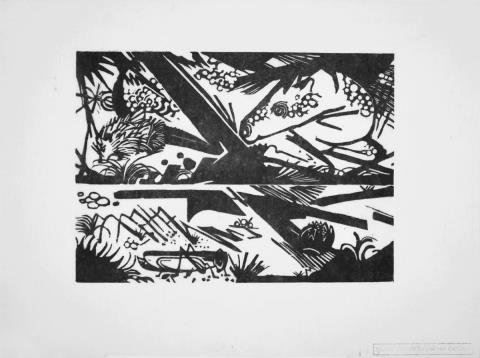 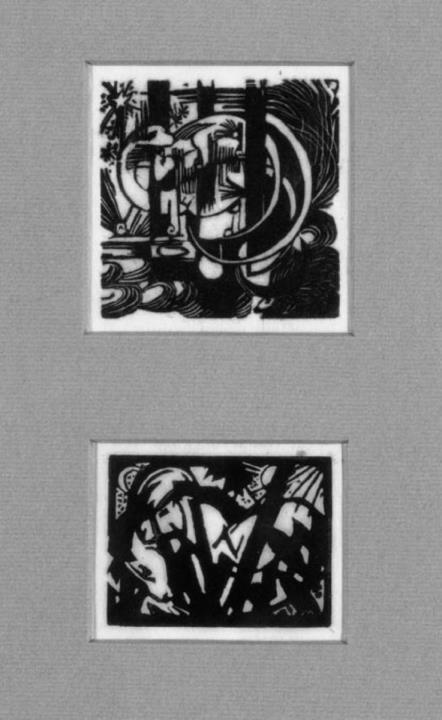 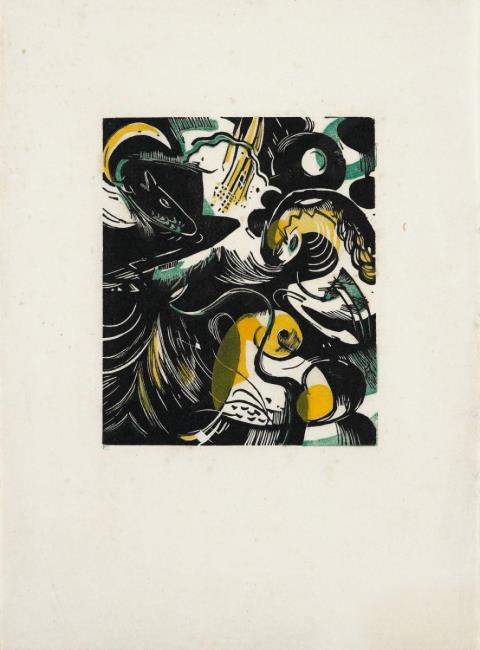 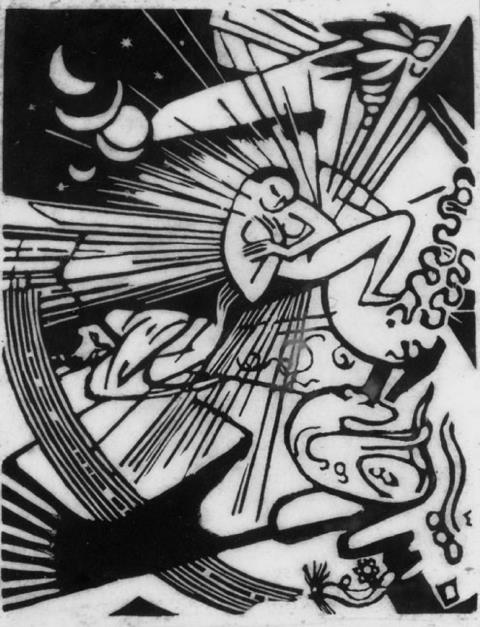 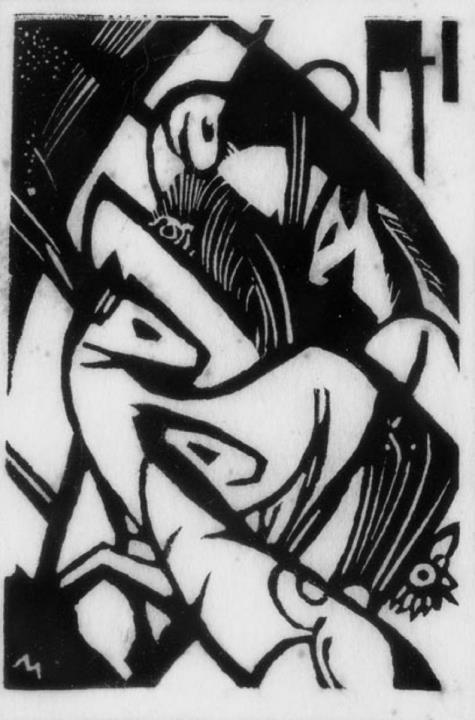 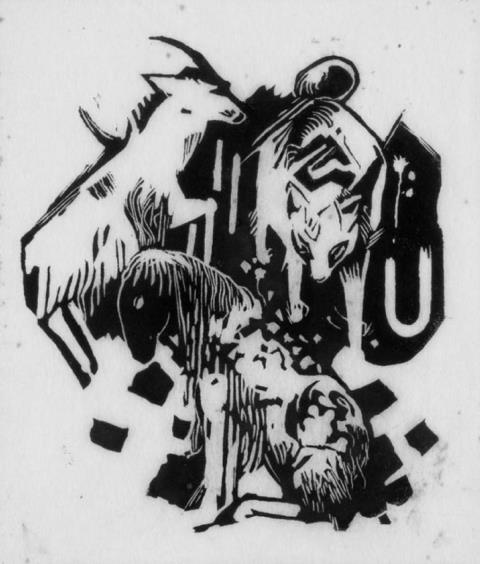 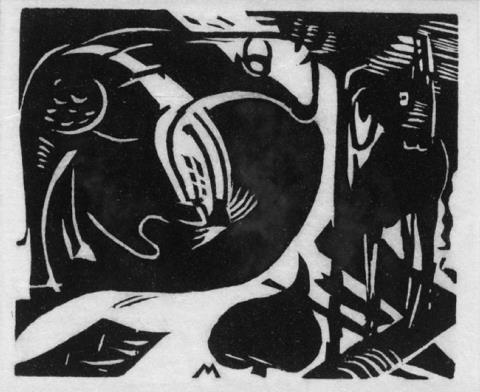