Buy works by László Moholy-Nagy in our upcoming auctions!

Do you own a work by László Moholy-Nagy, which you would like to sell?

László Moholy-Nagy - Works that have already been sold at Kunsthaus Lempertz:

László Moholy-Nagy always stood with one foot in the future; as probably the most versatile free spirit under the great Bauhaus artists, he knew few boundaries, and if he did, he transcended them with his characteristic ease and naturalness.

László Moholy-Nagy was born in Bácsborsód in former Austria-Hungary on 20 July 1895. After abandoning the study of law, he volunteered for military service, but returned home in 1919 badly wounded and eventually turned to painting. Via Vienna he arrived in Berlin where he opened his first solo exhibition in 1922 in Herwarth Walden’s famous gallery, Der Sturm. The year before, Moholy-Nagy had married the photographer Lucia Schulz, but the marriage dissolved in 1929. After the separation, Lucia Moholy retained her husband’s surname, under which she became a celebrated photographic artist. In the early 1920s, Moholy-Nagy was primarily active as a painter of Constructivism, which brought him only a minimal income, but despite all economic difficulties, the artist dedicated himself to his work with such a passion that he was soon considered a pioneer of Modernism. His actual significance, however, came as a teacher at the Bauhaus, to which he remained connected throughout his life – even beyond the enforced closure by the National Socialists.

One of the most significant teachers at the Bauhaus

László Moholy-Nagy repeatedly addressed the relationship of space and object in his art, looked at forms, their genesis and meaning. In 1923 he succeeded Johannes Itten as head of the foundation course and form master of the Metal Workshop at the Weimar Bauhaus. His work was influential and formative, and alongside his predecessor Itten, he is considered the most important teacher of the entire Bauhaus era. The communication of art and its function was a burning concern for Moholy-Nagy, which he advanced with great skill and much sensitivity. At the same time, the ceaseless progress of technical development played an important role: enthralled and fascinated, Moholy-Nagy studied the interaction between human and machine and drew numerous impulses from the austere technology which he refined with his artistic inspiration and pushed to new levels of meaning. He enjoyed great freedom at the Bauhaus, which he made great use of in experimenting with the most diverse materials and media.

László Moholy-Nagy dedicated himself not only to non-representational art, partly influenced by Kasimir Malewitsch, but also worked as a graphic designer and created advertising campaigns. In doing so, he followed closely the De Stijl movement and oriented himself to Constructivism and also Merz art. The success of Jenaer glass by Otto Schott, which continues to this day, is thanks to his pioneering aesthetic concept, whilst Moholy-Nagy’s cinematic work – he made several films – is scarcely known. The National Socialists banned him from working, and so he fled to England via Amsterdam and eventually to the USA. László Moholy-Nagy remained faithful to the Bauhaus after his emigration and he founded the “New Bauhaus” in Chicago, the management of which he personally led. 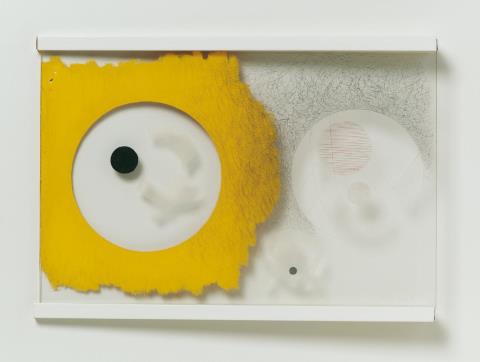 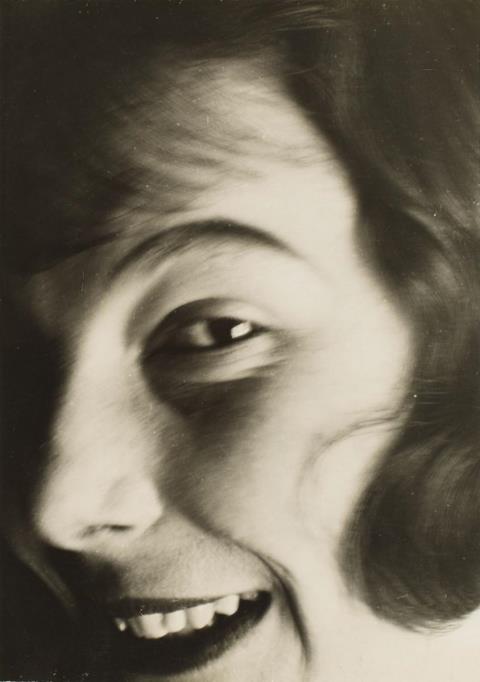 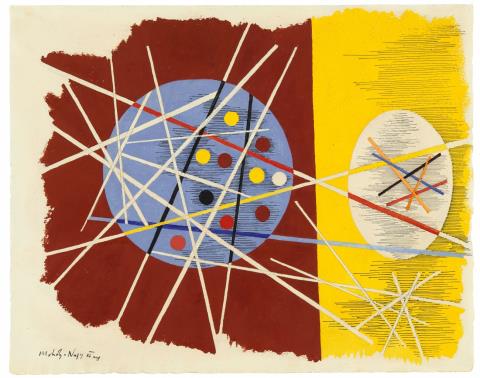 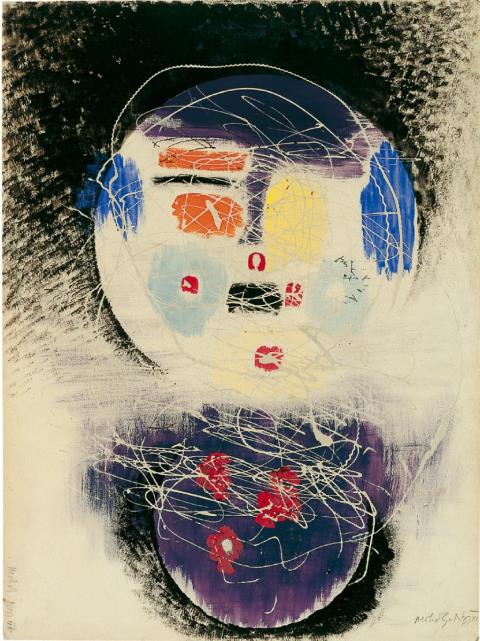 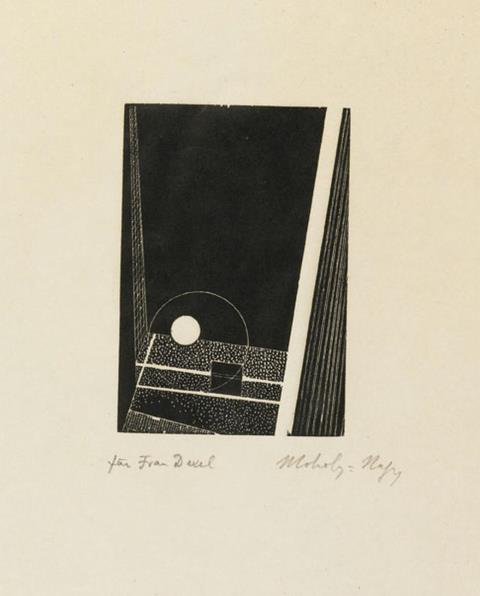 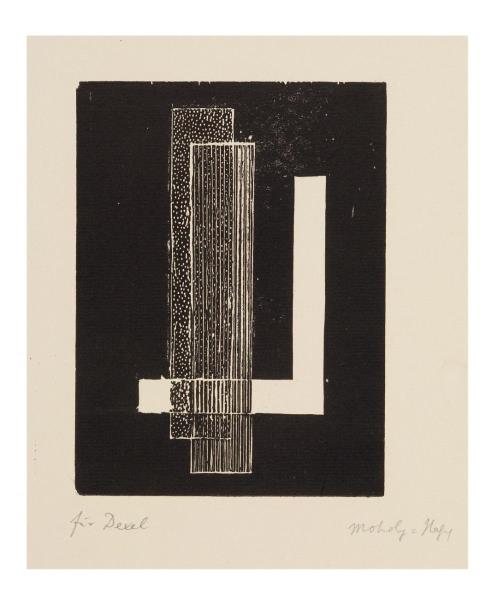 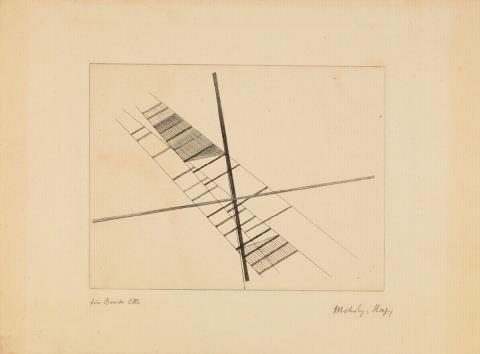 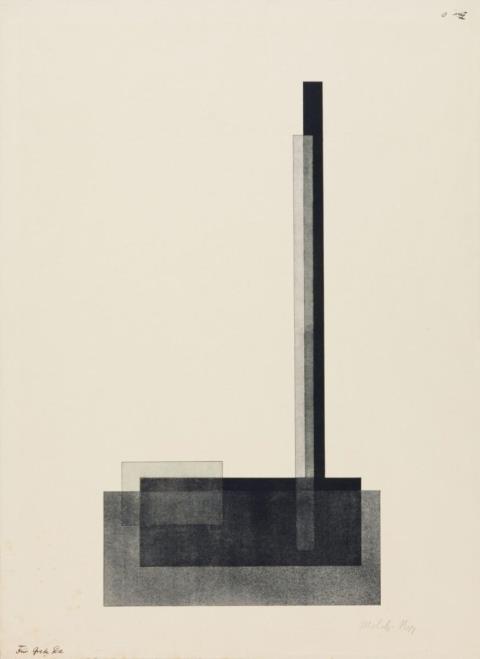 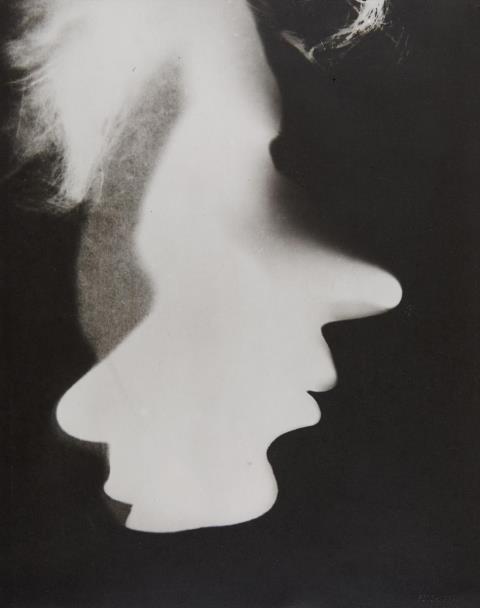 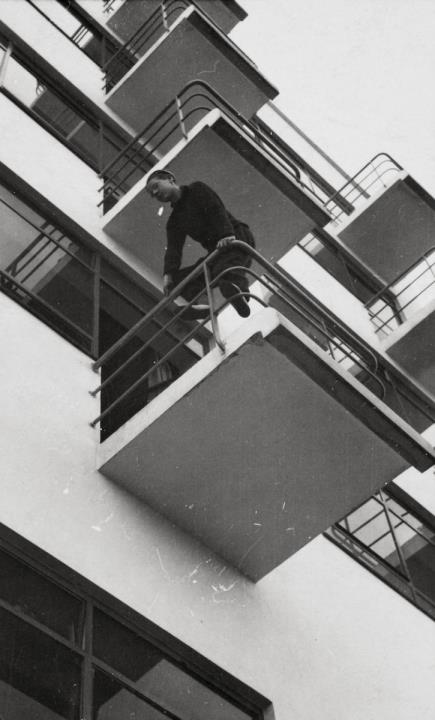