Buy works by Pierre-Auguste Renoir in our upcoming auctions!

Do you own a work by Pierre-Auguste Renoir, which you would like to sell?

Pierre-Auguste Renoir - Works that have already been sold at Kunsthaus Lempertz:

Pierre-Auguste Renoir is classed as the embodiment of French Impressionism which he led to unprecedented heights with immense drive and enthusiasm, enriching it with an almost unmanageable gallery of celebrated masterpieces.

Pierre-Auguste Renoir was born in Limoges in France on 25 February 1841. As the offspring of a poor working family, he initially had little contact with the arts. His father was unable to earn enough money as a tailor in Limoges, and so the family moved to Paris, where Pierre-Auguste Renoir completed an apprenticeship as a porcelain painter. He proved so skilled at this that the manufactory soon entrusted him with challenging work and paid him a decent salary so that he could support his parents. From 1861 to 1864 Renoir studied with the Swiss painter Charles Gleyre, but with time, broke away from his role model and oriented himself instead to the French realists Díaz de la Peña and Gustave Courbet, whom he had met by chance whilst painting in the forest. Both recognised the young artist’s talent and encouraged him to orientate himself as closely as possible to reality. In Paris, Renoir made formative friends with artists such as Alfred Sisley, Frédéric Bazille and in particular Claude Monet, with whom he favoured painting en plein air. In 1867, he presented his famous painting Lise with a parasol, for which his lover Lise Tréhot had modelled, at the Paris Salon.

Pierre-Auguste Renoir also conveyed the experiences he had gathered painting en plein air onto his work in the studio, the great naturalness and freshness thus convincing the critics and audience. Nevertheless, the young artist made hardly any sales and his financial circumstances were so precarious that, according to his own statement, he could not even afford something to eat every day. After the turmoil of the Franco-Prussian war and the uprising of the Paris Commune, he sought once again close contact with his friends Sisley and Monet as well as Éduard Manet. Despite support from the art dealer Paul Durand-Ruel, Renoir’s income was only just enough to secure his livelihood. Things first improved in the mid-1879s when he took on lucrative commissions for the publisher Georges Charpentier and the tax official Victor Chocquet. The influential patron Marguerite Charpentier in particular found him so many clients that the work at times became a nuisance.

Pierre-Auguste Renoir remained a productive artist up to his death

The considerable improvement in his financial situation enabled Pierre-August Renoir to undertake three extended trips at the beginning of the 1880s, taking him twice to Algeria and once to Paris. In 1882 he stopped in Palermo and painted the portrait of the famous composer Richard Wagner a few months before his death. His sojourn in Italy left distinct traces in the work of Renoir who now was greatly oriented to Raffael’s frescos and the work of Jean-Auguste-Dominique Ingres. Despite a temporary creative block in which he felt forgotten by the public and in a creative dead end, he retained his high productivity until the end of his life. Health problems severely limited him so that he had the brush tied to his hand every day and commissioned one of his students to do auxiliary work. Pierre-August Renoir died in Cagnes-sur-Mer on the Côte d’Azur on 3 December 1919. His considerable artistic legacy includes around 6,000 works, including still lifes, portraits of children and adults, landscapes, social scenes and nudes. 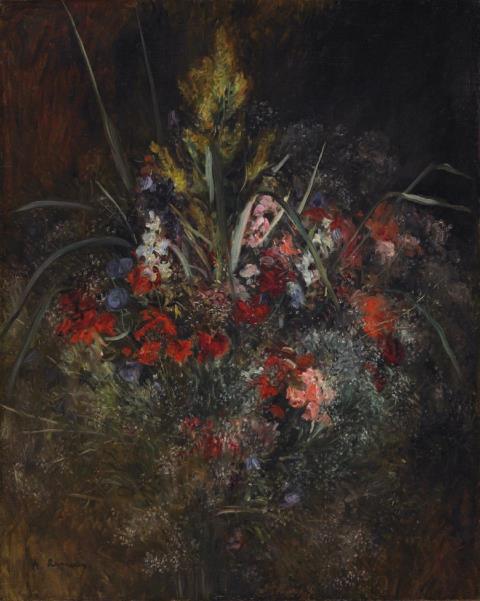 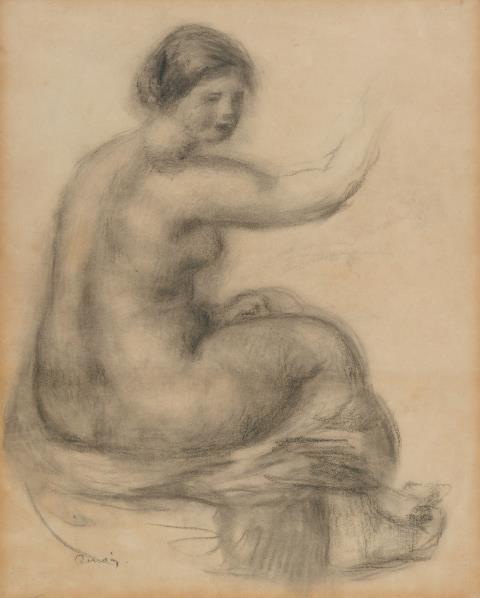 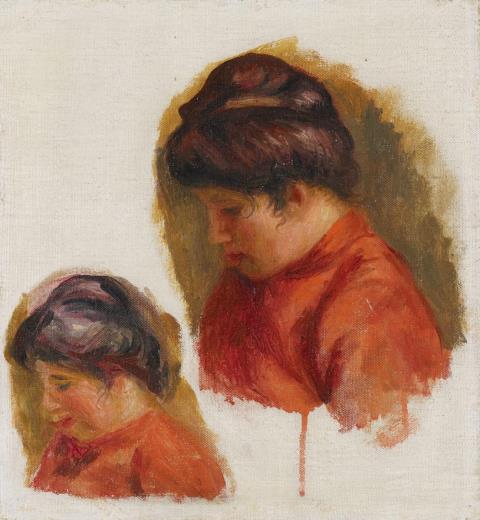 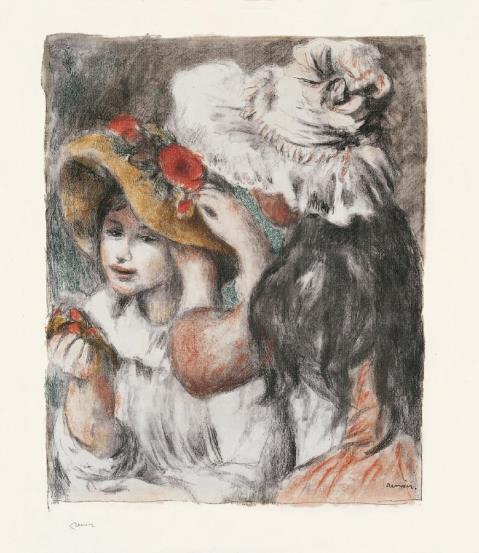 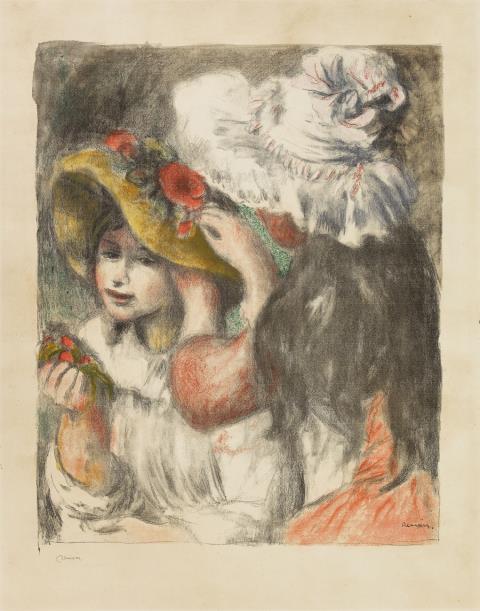 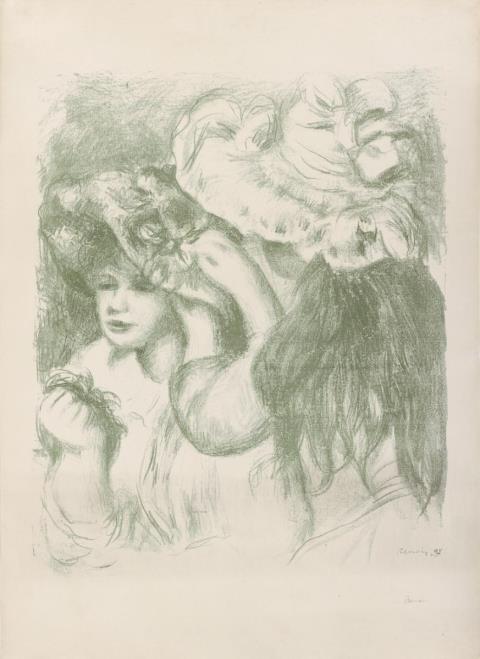 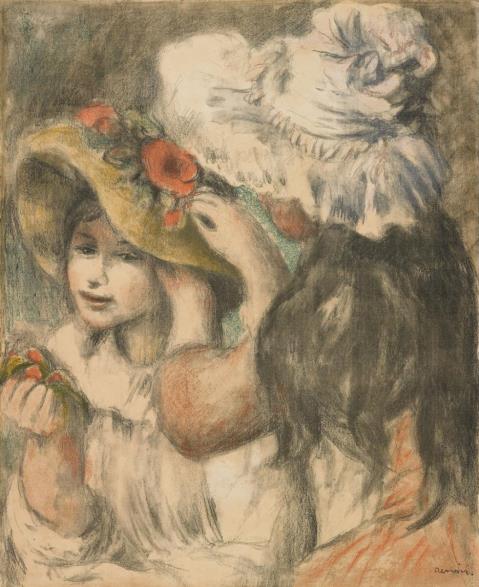 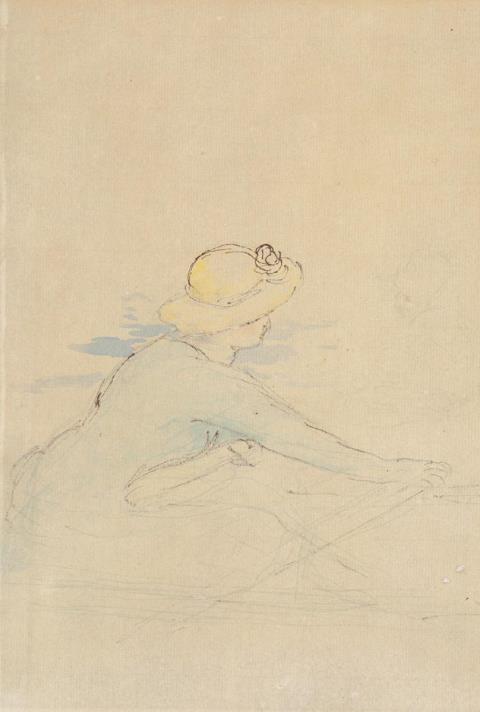 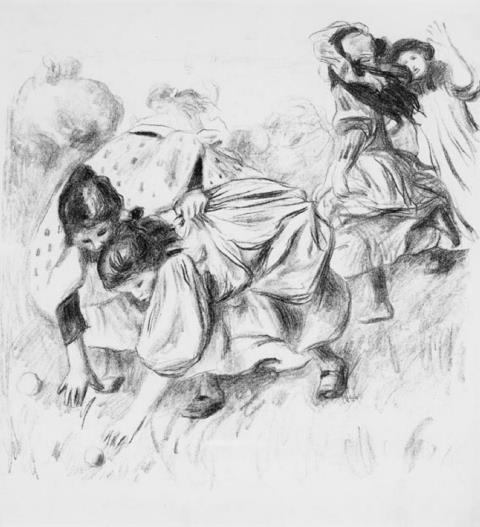 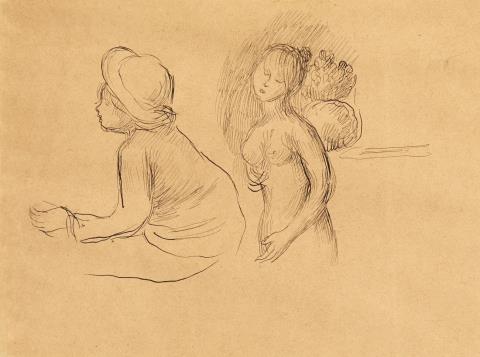 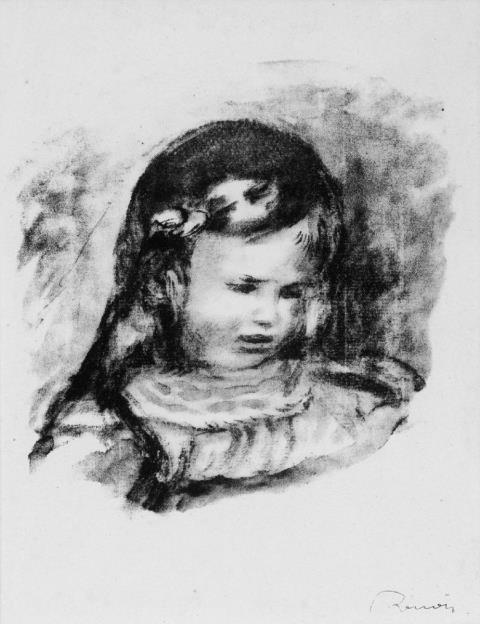 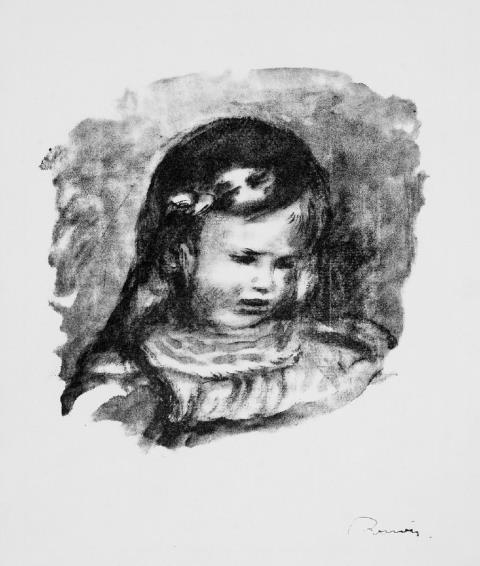 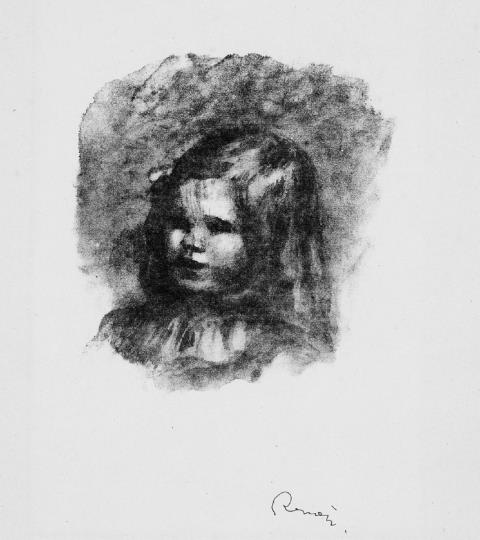 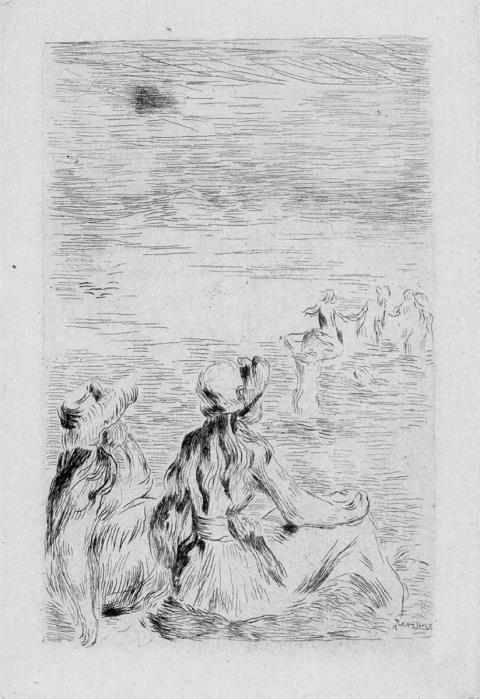 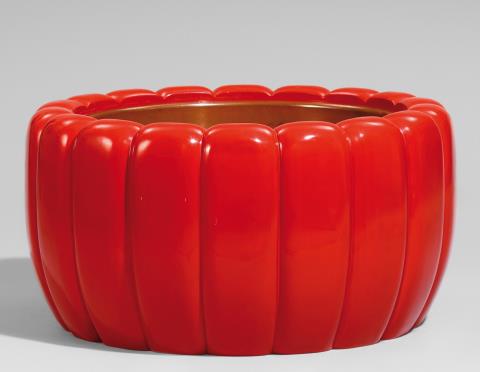 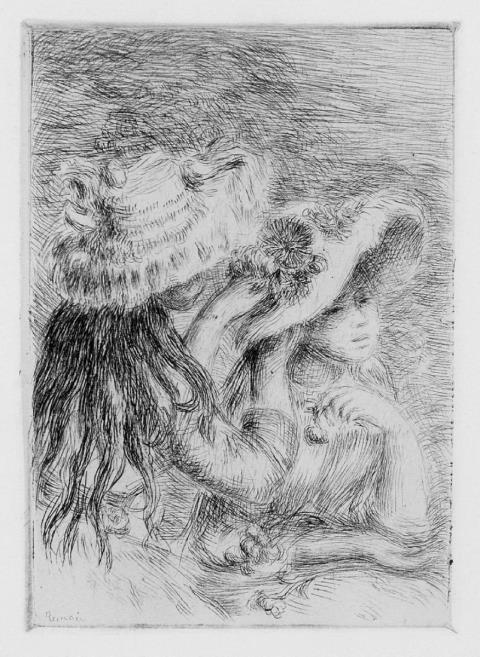