Buy works by Paul Adolf Seehaus in our upcoming auctions!

Do you own a work by Paul Adolf Seehaus, which you would like to sell?

Paul Adolf Seehaus - Works that have already been sold at Kunsthaus Lempertz:

Paul Adolf Seehaus received his education as an artist while working with August Macke, with some of Seehaus’s works being included in Macke’s 1913 exhibition of Rhenish Expressionists. At the same time, Seehaus’s work was shown at the “Erster Deutscher Herbstsalon” and at the Berlin-based gallery “Der Sturm”. Inspired by Fauvism, Cubism and Futurism, his small corpus of work (Seehaus died young), which besides oil paintings also includes etchings and watercolours, predominantly features landscape themes, derived from his home in the Rhineland region and from an influential journey to England and Ireland. Seehaus’s formal language is shaped by Expressionism, with Cubist-Futuristic influences. The characteristic decomposition of objects into individual convoluted forms and colour areas in simultaneous contrast displays links to the work of Robert Delaunay. A notable example is the almost monochrome 1913 painting “Leuchthaus mit rotierenden Strahlen” (Lighthouse with Rotating Beams), visualising the movement of light against a night sky by using elliptical and dynamic individual forms. 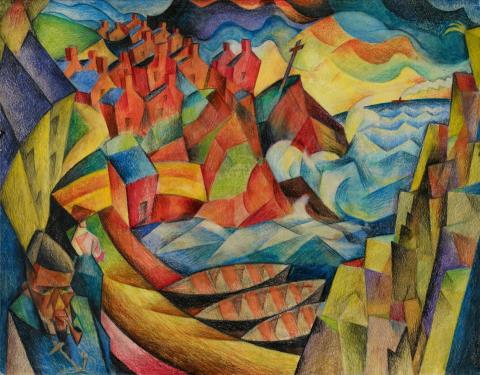 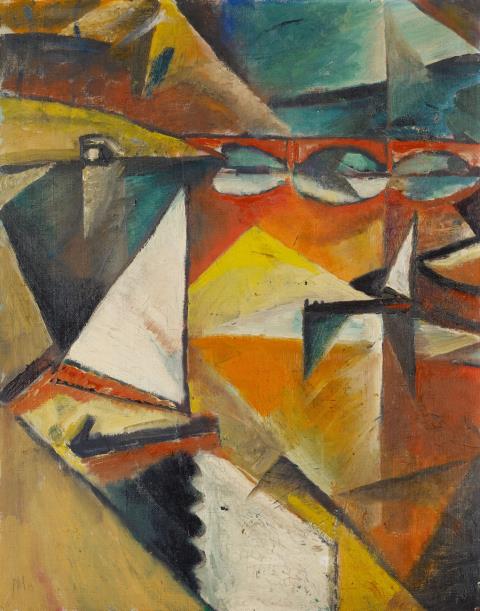 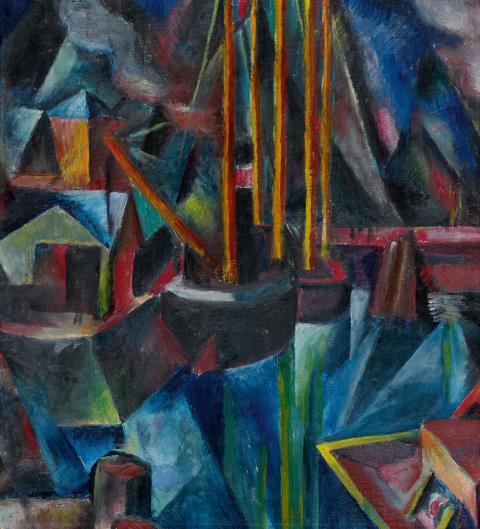 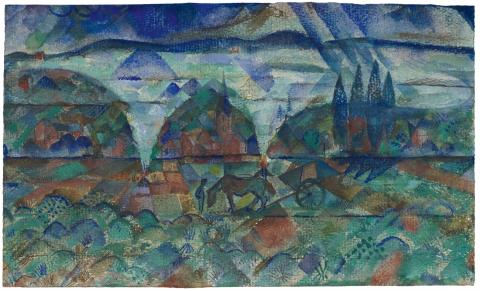 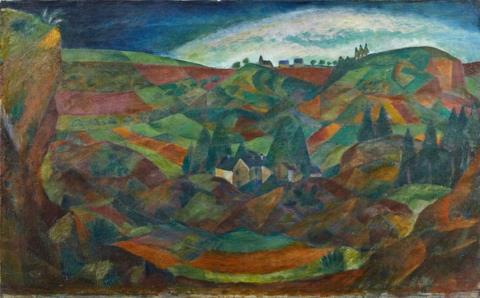 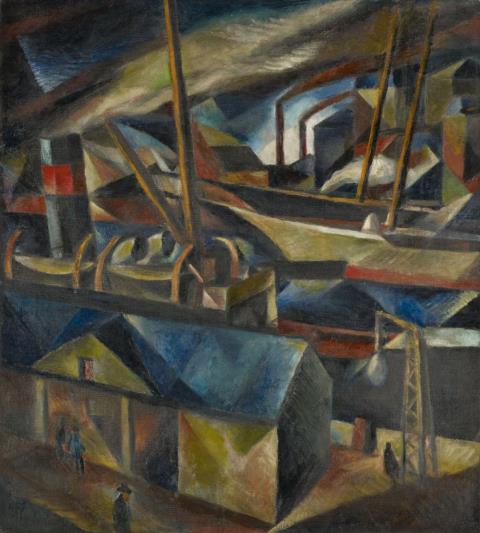 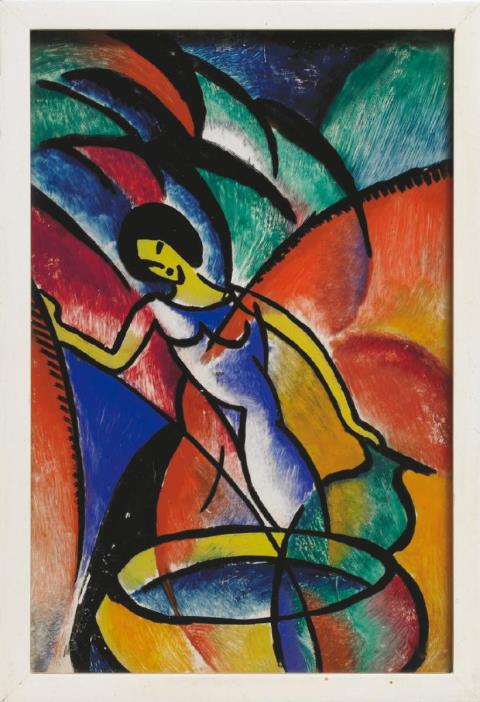 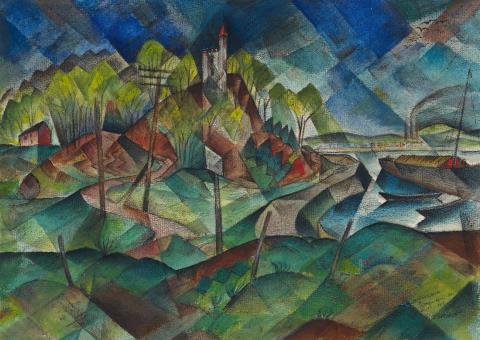 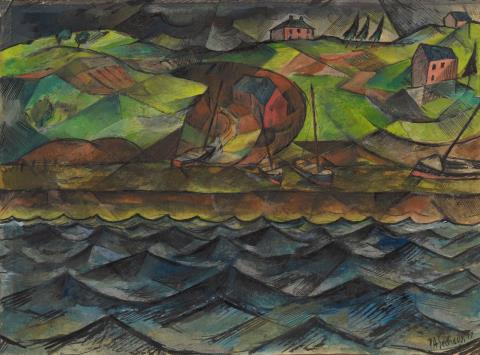 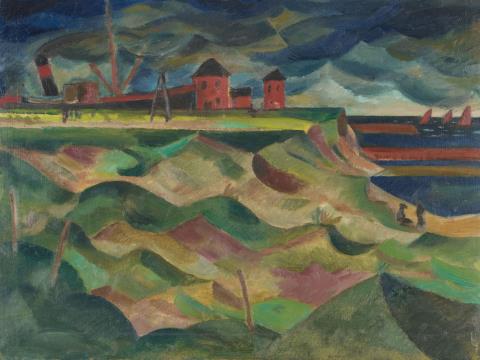 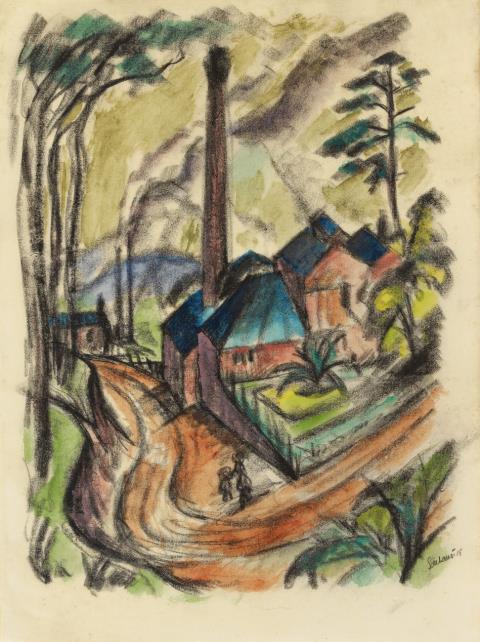