Buy works by Adolph von Menzel in our upcoming auctions!

Do you own a work by Adolph von Menzel, which you would like to sell?

Adolph von Menzel - Works that have already been sold at Kunsthaus Lempertz:

When Adolph von Menzel was born on 8 December 1815 in Breslau, today’s fourth largest city in Poland belonged to the austere Prussian kingdom. Perhaps this contributed to the equally strict realism which characterised Adolph von Menzel’s work – either way, his birthplace represented an important subject for the famous painter and graphic artist.

Adolph von Menzel was not born into nobility – he received his title only a few years before his death. His family was middle-class; his father Carl Erdmann Menzel owned a lithographic business in Breslau but left for Berlin in 1830, where he hoped for better business prospects. At first, he ran a girls’ school there and later founded a lithographic printing business. The early death of his father forced the young Adolph to take over the role of provider for the family and so continued the business whilst simultaneously attending the Berlin Art Academy. His drawing attracted attention early on and he contributed to an exhibition in his hometown of Breslau at the age of thirteen, and three years later illustrated a picture book about the life of Martin Luther. Further commissions followed, with which Adolph von Menzel made a certain name for himself.

Fame as ‘court painter’ to Frederick the Great

Adolph von Menzel achieved lasting fame, however, with his incomparably realistic depictions of an epoch that he himself had not experienced but which was to have a considerable influence on his artistic career. In 1842, von Menzel produced 436 pen lithographs depicting uniforms from Frederick the Great’s army. This project marked the start of his ‘army works’ and eventually awakened the notice of the Prussian court. Von Menzel proved his fine sense for the bygone epoch with numerous magnificent paintings of great historical accuracy, but was never the Prussian ‘state painter’ that he would become in public memory. He only painted one single picture on commission from the Prussian court: the richly emotive Coronation of Wilhelm I in Königsberg (1861). In 1866, he finally drew the wounded and dead of the Prussian-Austrian War in Bohemia, an experience that affected him so much that he would never produce war paintings again.

Adolph von Menzel was not a dreamer, but a realist

Adolph von Menzel’s selection of motifs extended far beyond the world of Frederick the Great, more frequently painting his own present than the past which he tried to capture with the greatest possible precision and far from any romantic glorification. Whilst he sometimes liked to caricature the ‘better’ society in his paintings, his depictions of simple craftsmen and workers expressed unwavering respect for their daily work. His famous painting Das Einsenwalzwerk (1872-1875) is considered the first significant depiction of industry in Germany. Adolph von Menzel’s artistic work gained great recognition and many awards during his life, from honorary doctorate of Berlin University to elevation to a peerage.

Adolph von Menzel died in Berlin on 9 February 1905 at the age of 89. More than 200 years after his death, his work is still fresh and alive, as evinced by the numerous tributes: In 2021, a stamp in his honour, much sought after by collectors, was issued once again. 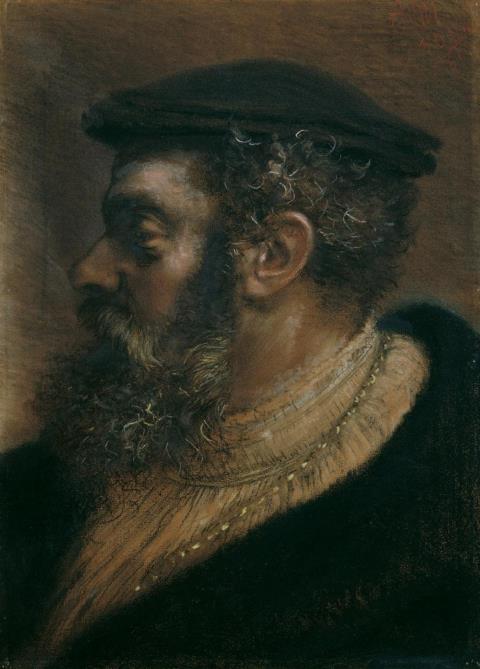 Adolph von Menzel - PORTRAIT OF A MAN IN A RENAISSANCE COSTUME 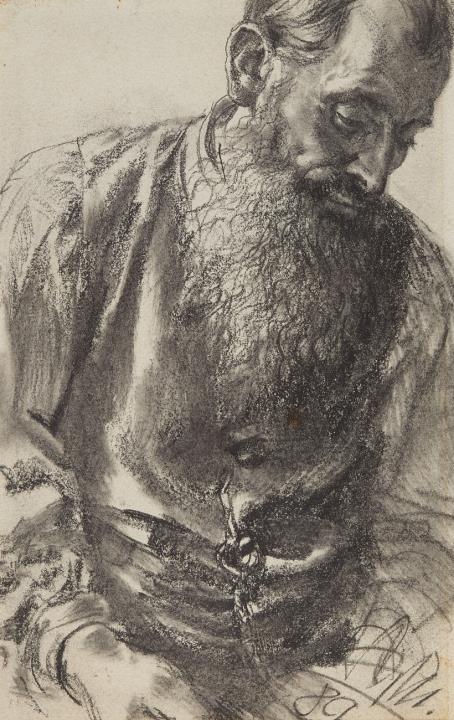 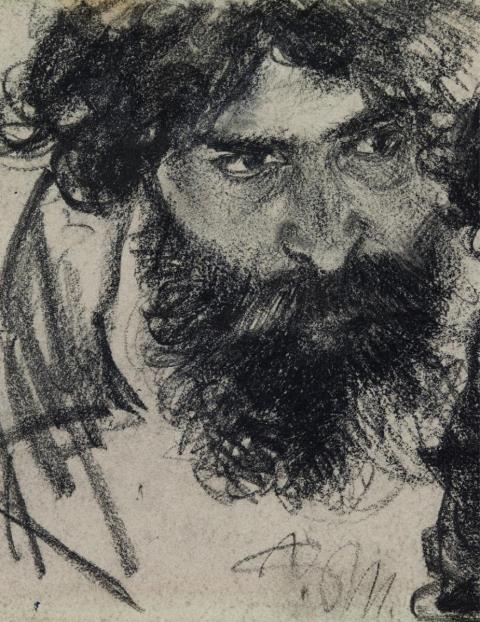 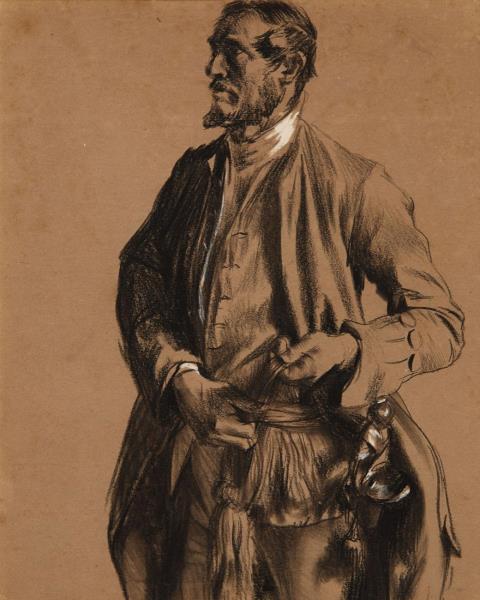 Adolph von Menzel - SKETCH FOR THE PORTRAIT OF THE GENERAL WINTERFELD 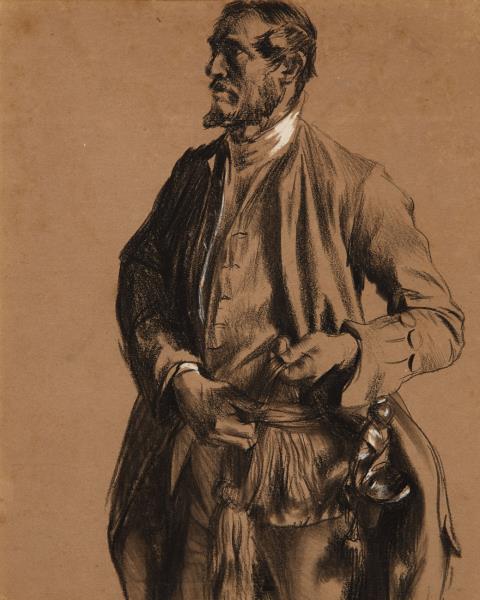 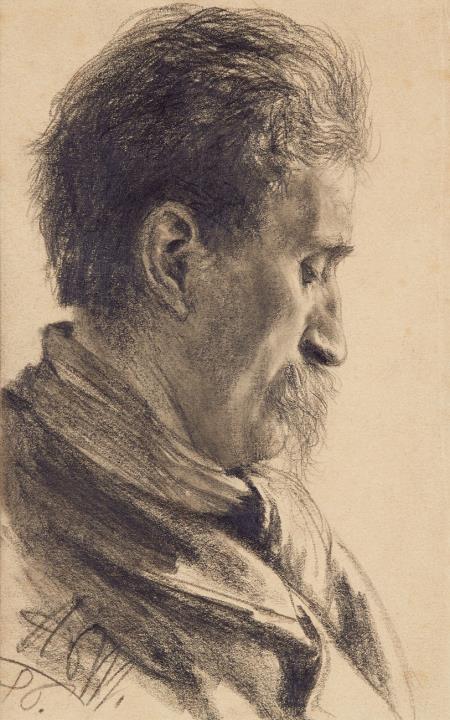 Adolph von Menzel - Portrait of a Man in Profile 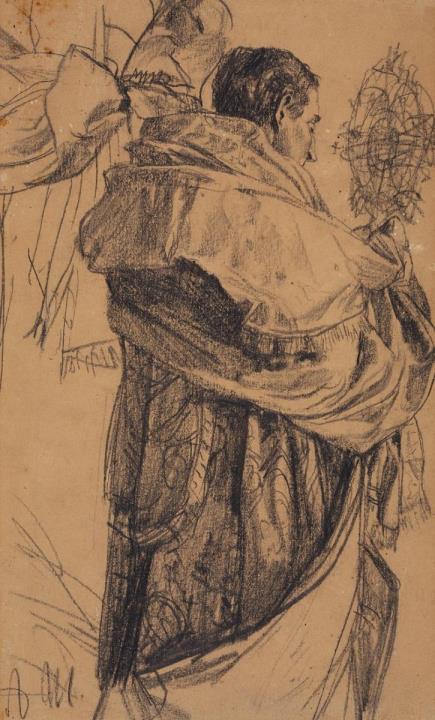 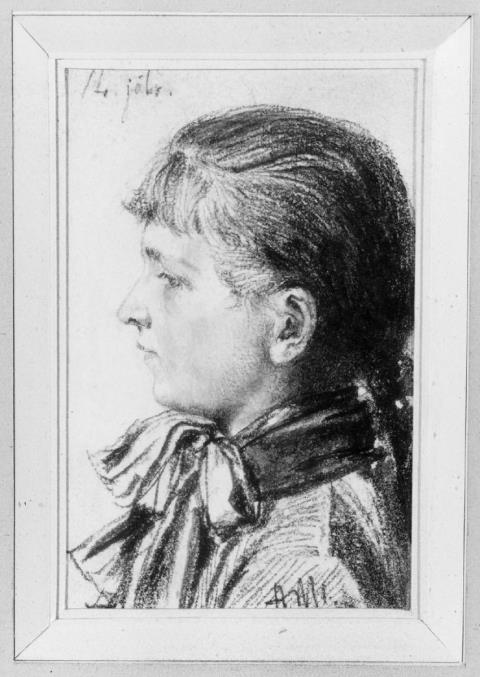 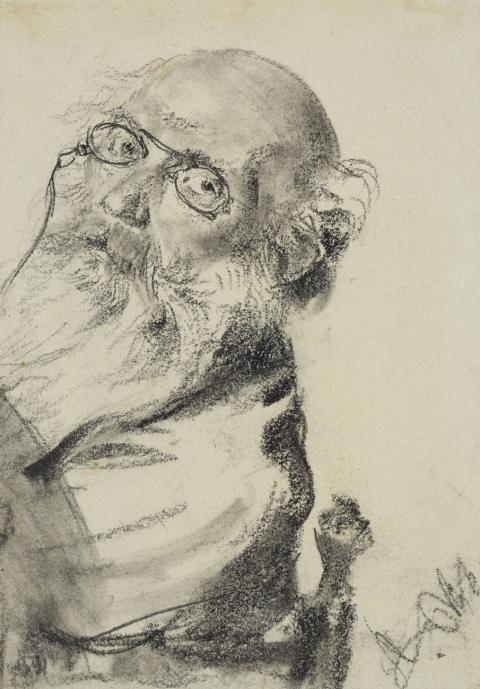 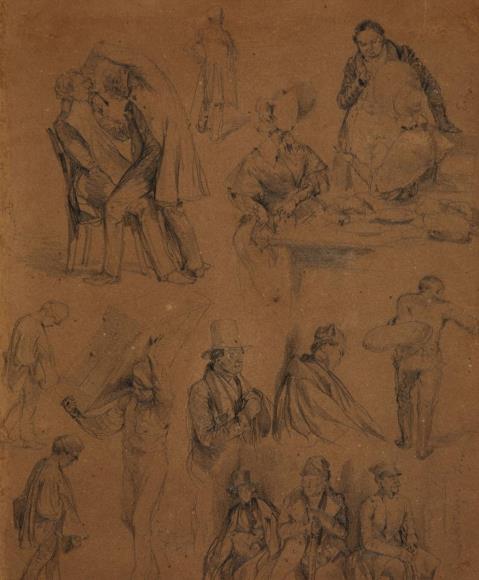 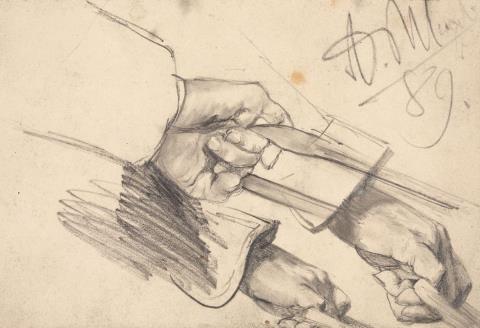 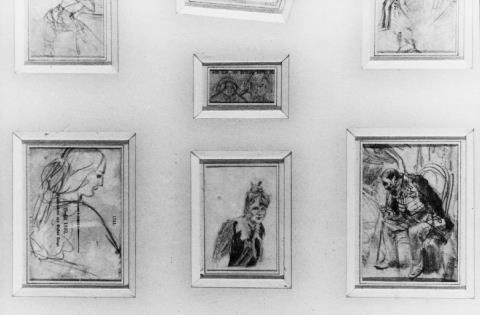 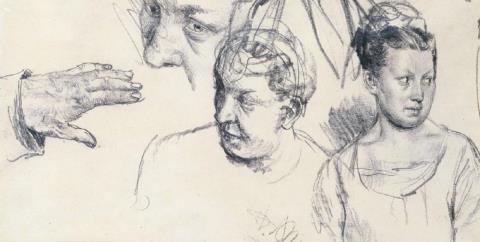 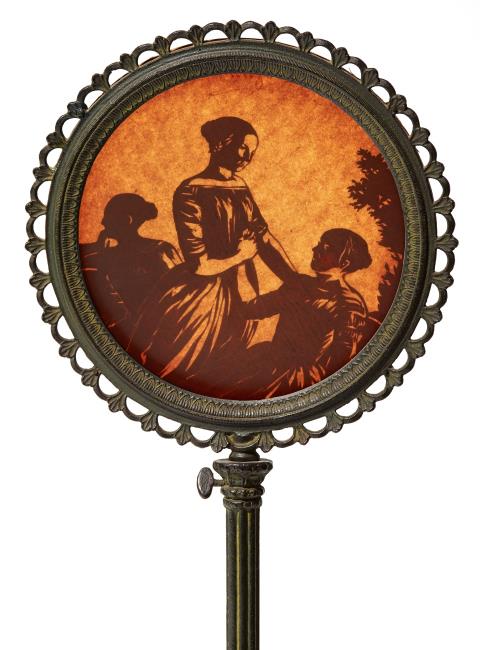 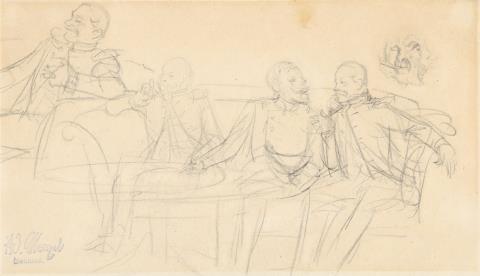