Is that art or can it be done away with? Irritations are often part of the artistic program. Therefore it is helpful to know the origin of nonsense: Dadaism. It not only provides an introduction to reflection, but also the authority of interpretation. Because: Whoever can dada is always right, even if he never tells the truth.

If the powers that be persuade the people to voluntarily join the war, and if the men follow this call with enthusiasm, then the end of all reason has been reached. The Dada artists therefore found an answer to the mass mobilisation of the First World War: One must confront the world with exactly the absurdity of which it is made.

When Hugo Ball opened his famous Café Voltaire in Zürich in 1916, the public were outraged: Is that supposed to be art? Up till then, the general public had understood art to embody beauty and goodness. Now these artists wanted to make them believe that a slip of paper had the same value as a painting. The audience remained wary: If the dancer in his costume is not even able to move, what has that got to do with dance? Or poetry? Not a single word of the poems performed could be understood. They were only rows of letters. And what was this genre chaos anyway? Were they in a gallery, a theatre or had they ended up in a madhouse?

If the public was so confused, that meant the strategy of Hugo Ball, Emmy Hennings, Tristan Tzara, Hans Arp or Sophie Taeuber-Arp had succeeded. It was their aim to confuse the audience, which meant for them that things were no longer in the same place as before. They wanted to irritate, stir up, provoke. They wanted to spread nonsense in order to shake up the belief in common social values and for this used all registers of humour and satire.

Dadaists didn’t see themselves as creators of a new art movement; after all, they rejected every form of definition. However they still had great ambition to win new combatants. And so the principle of kneading all principles until only nonsense remained spread from Tokyo to New York and all over the world. In Germany, the artist Kurt Schwitters in Hannover was an important representative of the programmatic denial of sense. His sculpture “Tänzer” (Dancer) alternates between wit and terror, between a cheerful dance leg and associations with mutilated limbs. There is humour in this ambivalence, but cruelty at the same time.

Dadaism took on one of its most extreme forms with George Grosz, Hannah Höch or John Heartfield during the Weimar Republic in Berlin. Here Richard Hülsenbeck published his “Dadaistisches Manifest” in 1918. In this manifesto, alongside numerous non-definitions or destructions of common art terms, one of the things he called for was an unreserved confrontation with brutal reality.

From today’s perspective, this doesn’t sound very innovative, but one must not forget that the artists at the time were strictly censored. Free speech as a basic value of society still had to be fought for. Instead of acclaim, high fines or imprisonment were threatened.

As in a self-fulfilling prophesy, the manifesto was confiscated immediately after its publication. This of course didn’t make any sense, as in it stood that anyone who was against the manifesto, was Dada himself. But which Dada? A true Dadaist or simply an idiot? He who could no longer determine any distinction between them is on the right way to internalise the dialectic of Dadaism.

Happening, Fluxus, Body Art, Performance - the list of art movements which can be connected to Dadaism is long. Through their think-out-of-the-box approach, Dadaists were successful in opening up the artistic possibilities to a previously unknown freedom. The Dadaists are also to be thanked that the degree of consternation is judged positively. The viewer may unsuccessfully ask himself what the meaning and purpose of the presentation is. Errant searching not only throws the viewer into the reception space of the art, but he also then has the opportunity to question himself and create himself anew. How this works is best explained with a quote from Francis Picabia: “The head is round so that thinking can change its direction”. Exactly because the work, in this case the sentence, does not produce any logic, the mind has to be reorganised, in order to set what is said into a context.

Dadaism didn’t however only influence later art movements. Its aesthetic footprint is found in popular mediums such as film, music or also in advertising. For example when Lady Gaga takes to the stage in extravagant costumes in which she can’t even move, the reference to Hugo Ball in the Café Voltaire is more than obvious. It also isn’t a coincidence that gaga and dada are very similar phonetically as well as descriptively.

The artist Marcel Duchamp can be classed as one of the most important forerunners of Dadaism. With his concept of “Objet trouvé” or “Ready-Mades”, he revolutionised the art term in an absurd way. His argument was that a work of art is no longer created, but found by the artist, hereby replacing the artwork with the reflection on it. This reassessment of meaning made him the hero of “anti-art”. The work “Fountain” from 1917 remains unforgotten: a signed urinal which caused a media scandal on its presentation and ultimately entered the history of art.

Although “Fountain” is the most famous Ready-Made, it isn’t the first. Duchamp invented the concept in 1913 with his “Fahrrad-Rad”, followed by “Flaschentrockner” in 1914. Together with the writer Octavio Paz he returned to both objects in 1967, combining the silhouettes in a silkscreen on acetate foil. In order to see the complete silhouette of both sculptures on the wall, all 16 pieces of the cut silkscreen had to be reassembled and lit accordingly. Duchamp was once again reflecting on the existential question of when an object is classed as an artwork and what value is created in the course of destruction. 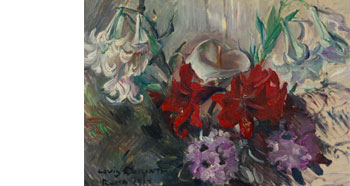 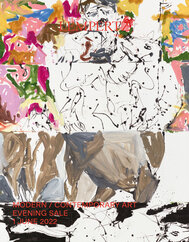 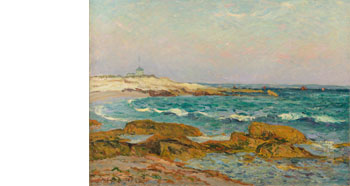 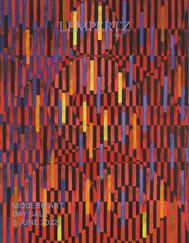