Buy works by Hannah Höch in our upcoming auctions!

Do you own a work by Hannah Höch, which you would like to sell?

Hannah Höch - Works that have already been sold at Kunsthaus Lempertz:

The art scene initially saw Hannah Höch only as Raoul Hausmann’s lover, but the gifted artist broke free from the shadow of this prejudice and became an important representative of Dadaism with her masterly prints, paintings and collages.

Hannah Höch completed her first collage at the age of fifteen

Hannah Höch was born in Gotha on 1 November 1889. The eldest daughter of a bourgeois family, she was given an exceptional education: She attended the Higher Secondary School for Girls in Gotha from 1896 to 1904 but had to leave at the age of fifteen on the wishes of her parents to act as nanny to her youngest sister. It was during this time that Hannah Höch discovered collage and art as comfort and vocation - probably inheriting her mother’s artistic talent who herself was a hobby painter – cutting and sticking colourful snippets to form the picture Nitte under a tree. As soon as her sister started school, she could dedicate herself to her own education, and applied to the decorative arts school in Berlin in 1912, whereby she detached herself from her dominating parental home. The outbreak of the First World War in 1914 did not stop her from travelling to Cologne to visit a comprehensive Werkbund exhibition, and one year later she took further lessons with Emil Orlik. There she met Raoul Hausmann and became the married artist’s lover. For seven years, despite all efforts, she was always and everywhere only the woman at Hausmann’s side.

Together with Raoul Hausmann, Hannah Höch developed photomontage as an artistic style, and in 1917 he introduced her into the Dadaist circle here she was allowed to participate in a Dada revue with saucepan lids and a toy pistol. Her own artistic development remained, however, slow. Höch illustrated picture book after picture book for Ullstein publishers, but true artistic acceptance was still denied. It was not until 1920 that she could show pictures at a Dadaist fair, and from then on participated in the annual exhibitions of the so-called November Group. She eventually separated on bad terms from Raoul Hausmann in 1921 and was determined to pursue her own artistic career. In 1924 she came into contact with the De Stijl artist’s group and its founder Piet Mondrian, presented works at an exhibition in the Soviet Union, and the German Art Association eventually became aware of the young artist. She started a love affair with the writer Til Brugman and released the book Scheingehacktes, published by Victor Otto Stomps in his Rabenpresse.

The artist becomes political in the Nazi dictatorship

Hannah Höch’s close friends included such artist personalities as Kurt Schwitters, Hans and Sophie Arp, Nelly van Doesburg and Tristan Tszara. When the National Socialists seized power and the extent of the incipient policy of terror became gradually clear, Hannah Höch created works full of critical allusions to tyranny, oppression, and Jewish persecution. She evaded ensuing defamation in the garden of her small house in Heiligensee where she watched nature grow and enjoyed its fragrances. After separating from Til Brugman, in 1938 she married Kurt Heinz Matthies, 21 years her junior, with whom she travelled throughout Germany during the war. They divorced in 1944. It was only after the war that Hannah Höch could once again think about an exhibition. Up until her death, she mixed collage, print and painting in many ways and left behind a remarkeable and comprehensive artistic legacy. 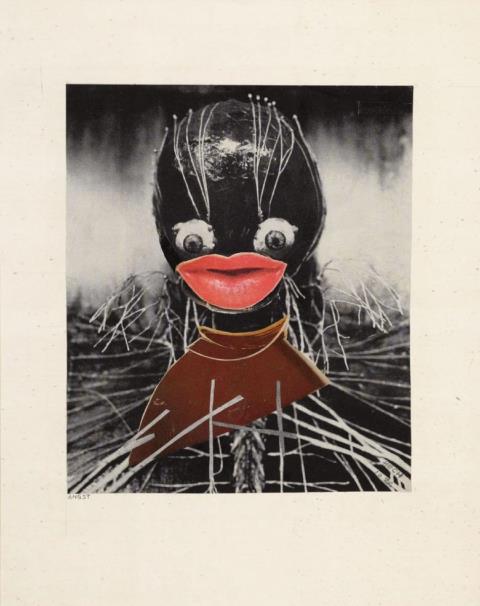 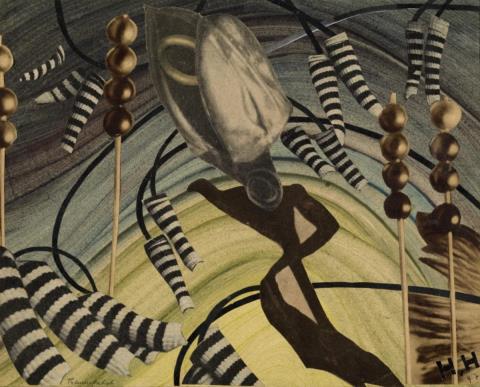 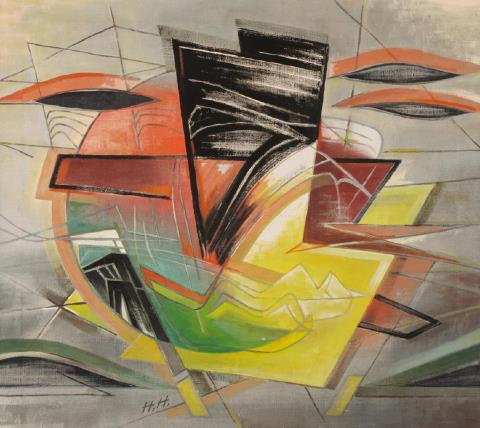 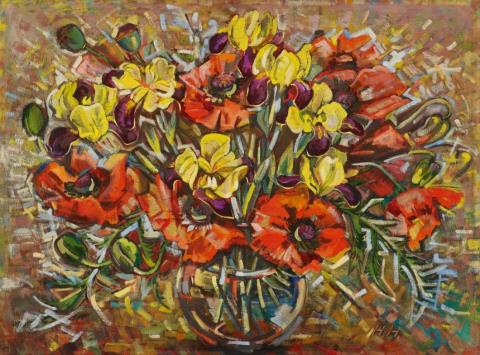 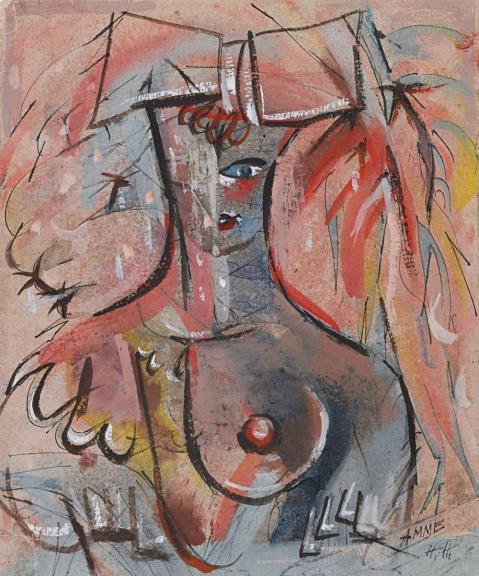 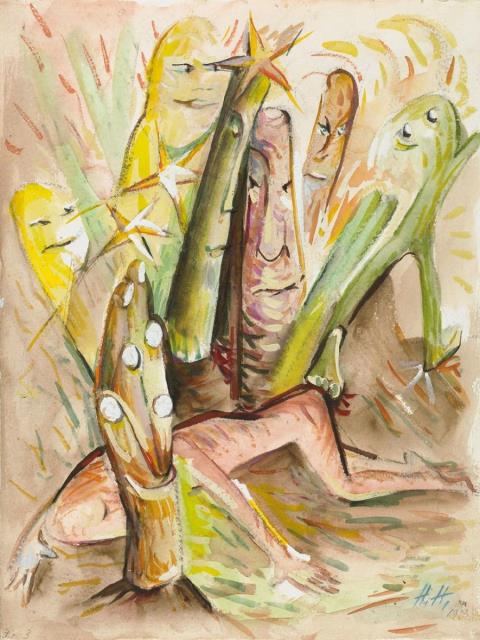 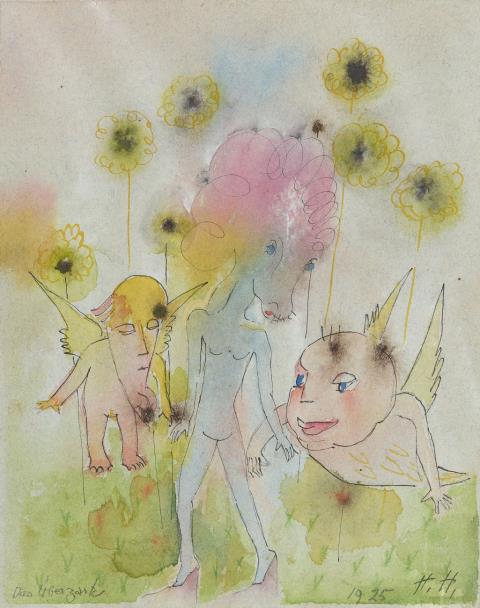 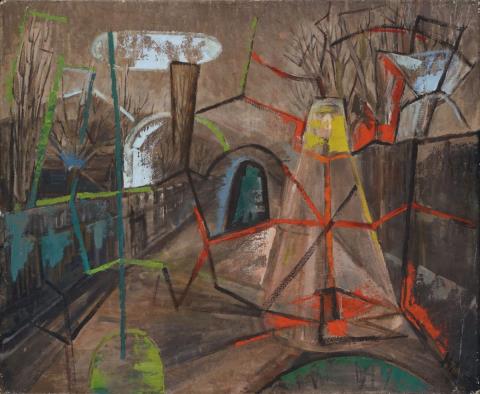 Hannah Höch - Laubengelände I / Arbour I 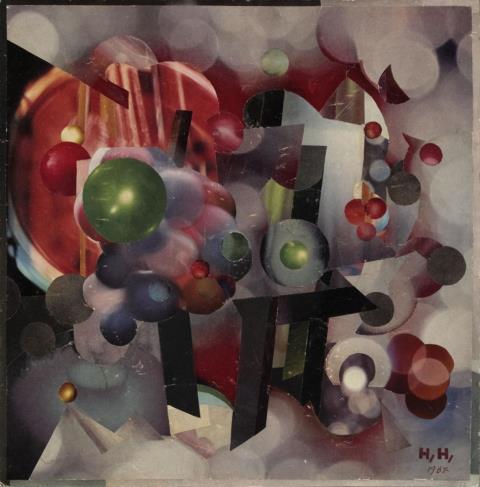 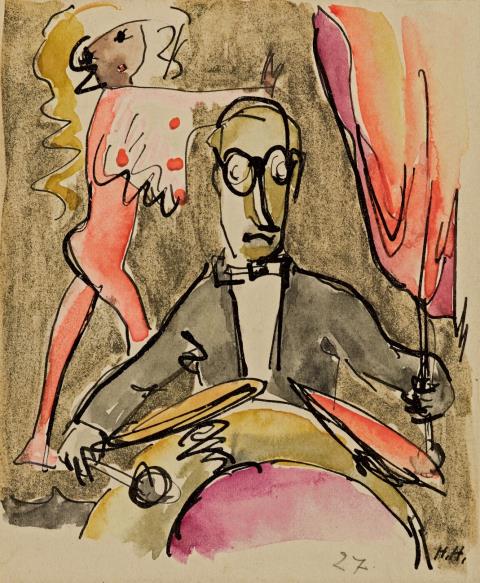 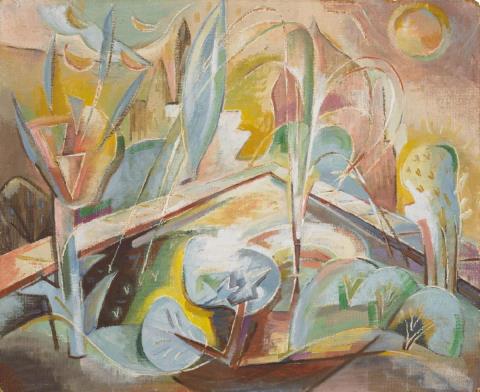 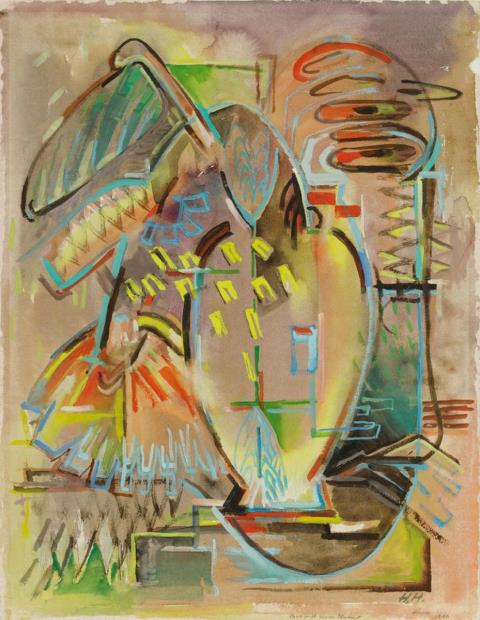 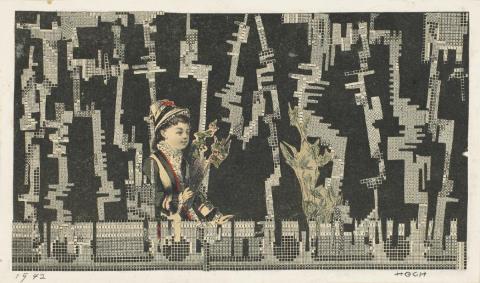 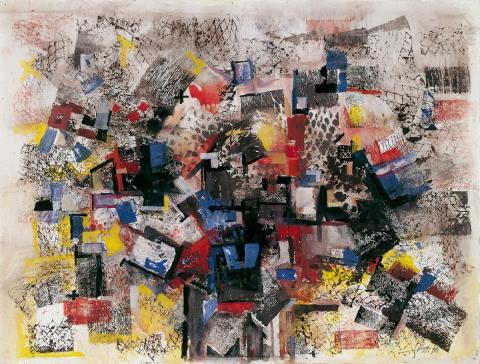 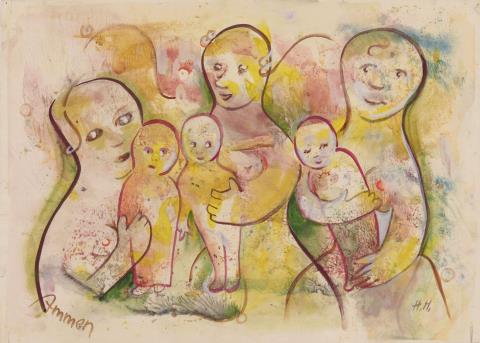 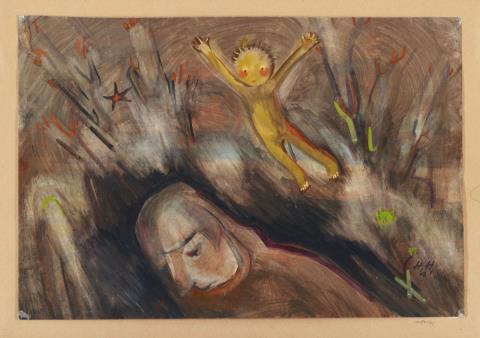 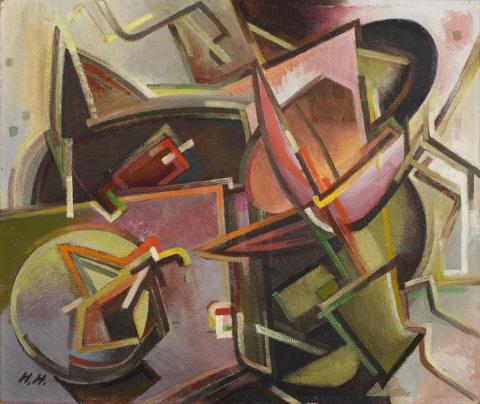 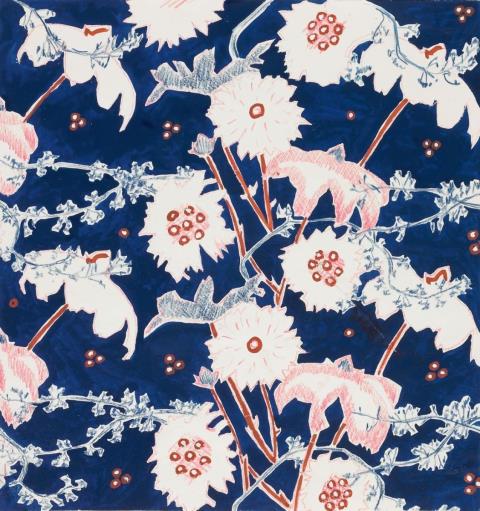 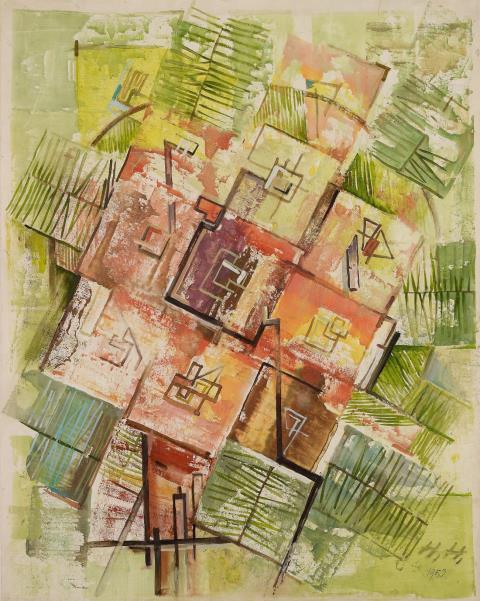 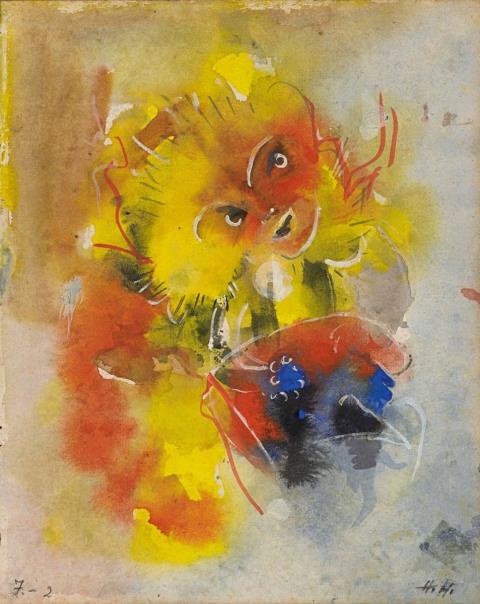 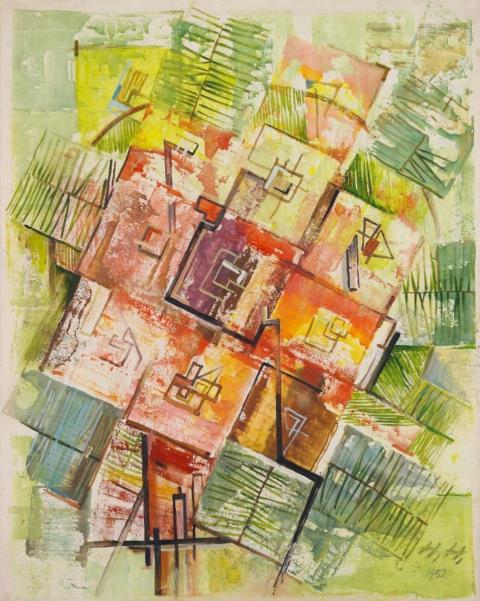 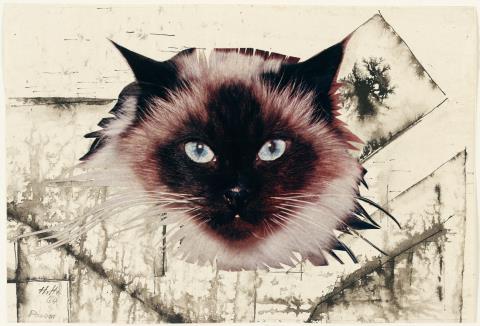 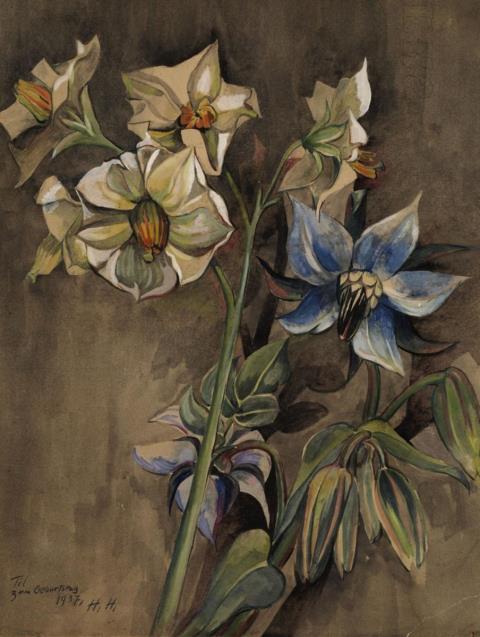