Buy works by Jan van Goyen in our upcoming auctions!

Do you own a work by Jan van Goyen, which you would like to sell?

Jan van Goyen - Works that have already been sold at Kunsthaus Lempertz:

Jan van Goyen, together with Pieter de Molyn and Salomon van Ruysdael formed the triumvirate of tonal landscape painting and drove the Dutch painting school to a new clarity and reality with its almost monochrome colour palette and dynamic perspectives.

Jan van Goyen was born Jan Josephszoon van Goyen in Leiden on 13 January 1596. The eldest son of the shoemaker Joseph Janszoon van Goyen and his wife Geertgen Dircxdochter van Eyk, he received his first painting lessons at the age of ten. From 1606 to 1618 he was apprenticed to four painters: first by Jan de Man and Isaac Nicolai van Schwanenburgh, then the glass painter Clock, and finally by Willem Gerritszoon in Hoorn. Although van Goyen originally aspired to a career as a glass painter, during his training he increasingly solidified his wish instead to become a landscape painter. Following a short trip through France, he received his final artistic polishing in Haarlem with Esaias van de Velde. In 1618 he married Annetje Willensdochter van Raelst in Leiden and settled with her as a freelance painter. He must have achieved a certain prosperity in this, as he moved to The Hague in 1634 where he acquired not only citizenship but also a number of properties, including a house on the Veerkade.

A colour in many nuances, light and shadow

Jan van Goyen produced numerous sketches which served as drafts for his paintings, but the authenticity of many of the etchings under his name that have survived has been questioned. The selection of one main colour tone was characteristic for his work, which he fanned out in numerous graduations through the play with light and shadow, in order to depict the houses, ships, clouds and people of his homeland. Jan van Goyen took his motifs from his surroundings, although despite his leaning towards naturalism, he was not immune to exaggeration. He was highly regarded under his contemporaries and specialist colleagues and presided for a time over the Guild of Saint Luke in The Hague, and painted a striking panorama of the city for the town hall. His daughters Maria and Margriet married the painters Jacques de Claeuw and Jan Steen – Steen was one of the master’s few students, alongside Nicolaes van Berchem and Adriaen van der Kabel.

Jan van Goyen worked not only as a painter, but also regularly as an art dealer and speculator, where he suffered great losses in the failed trade of tulip bulbs in particular. He subsequently fought great economic difficulties, which, however, never diminished his artistic inspiration. He attempted to bridge the financial constraints with the sale of his paintings, achieving immense productivity in the process, probably as a result of his plight. He also rented out his houses several times to various fellow painters including the landscape painter Johannes Schoeff, with whom he organised collaborative auctions, and the animal painter Paulus Potter. Despite this, van Goyen left a substantial mountain of debt after his death which was cleared by the extensive auction of his estate, paintings, furniture and properties. 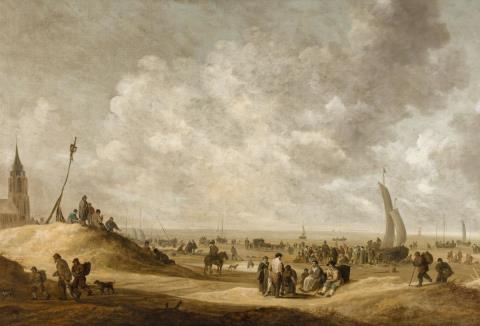 Jan van Goyen - On the Beach at Scheveningen 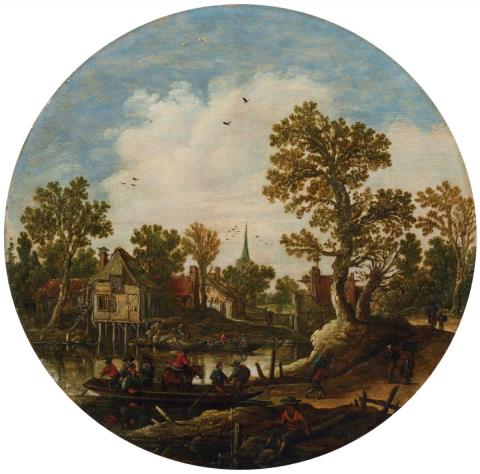 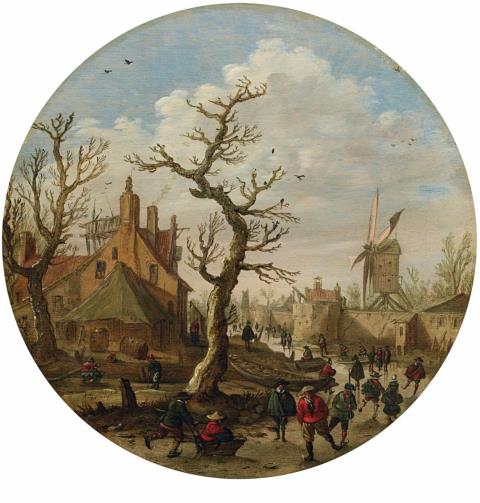 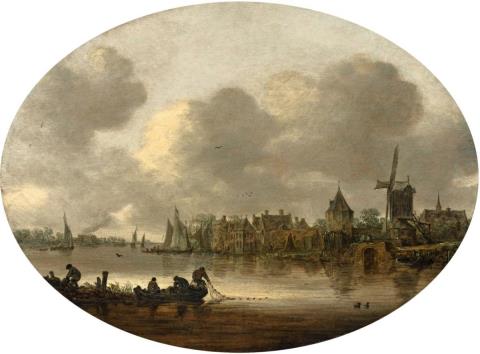 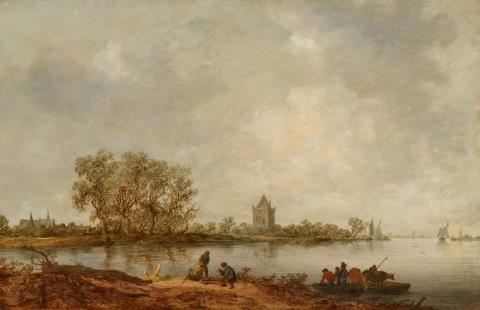 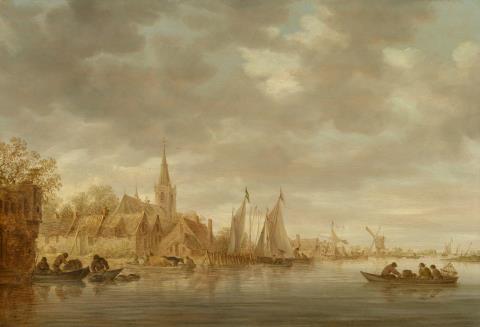 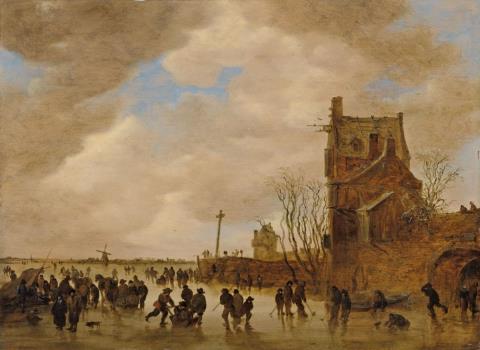 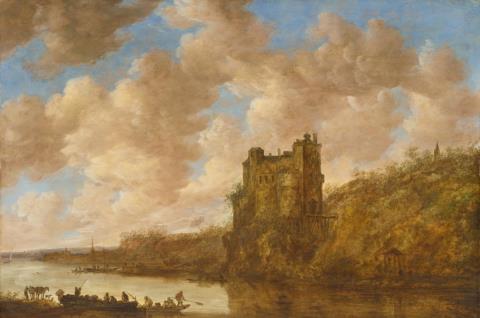 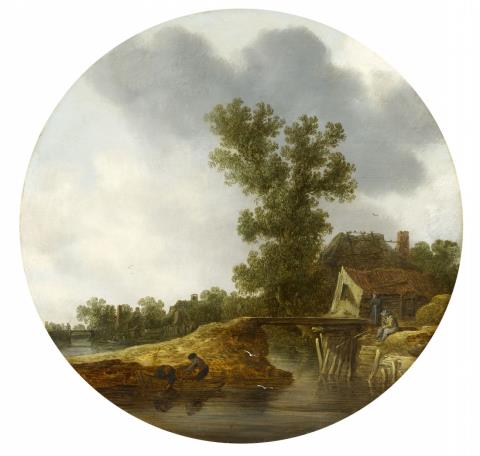 Jan van Goyen - River Landscape with Anglers and a Cottage 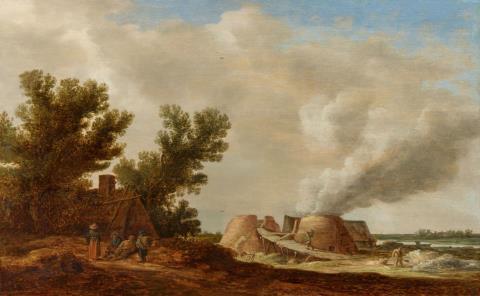 Jan van Goyen - Landscape with a Cottage and Lime Kilns 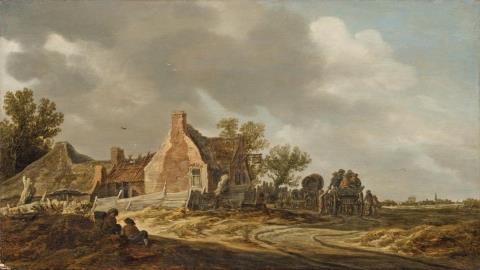 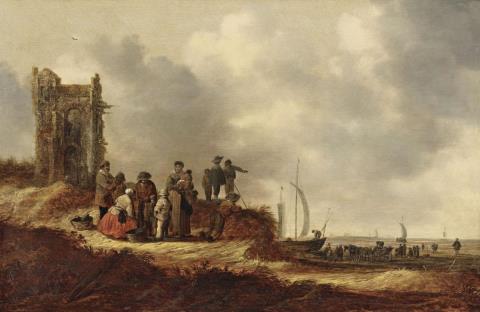 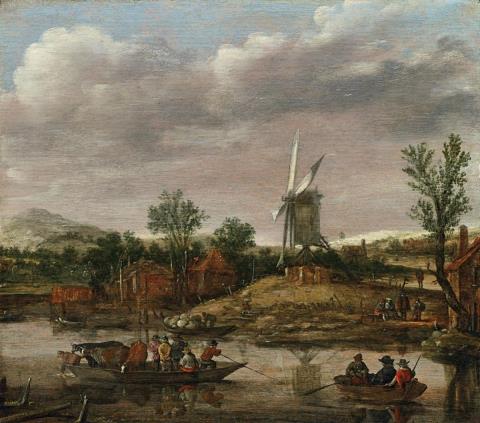 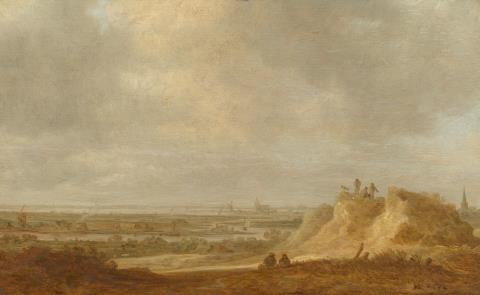 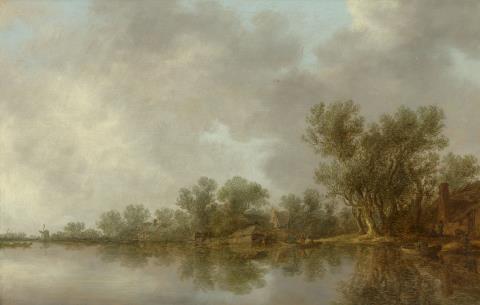 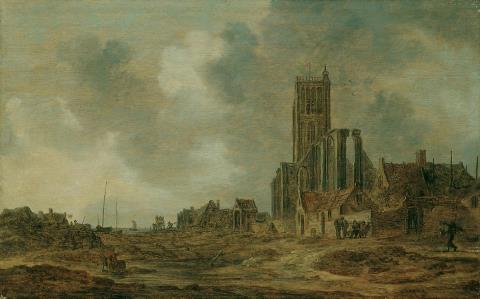 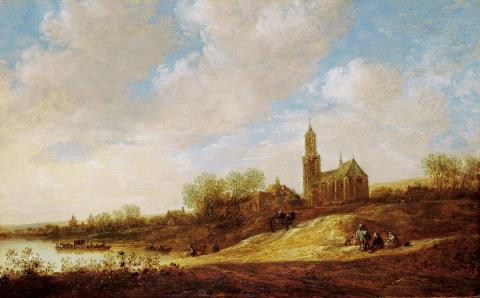 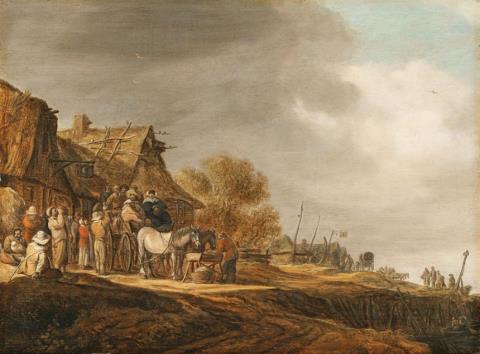 Jan van Goyen - Halt in Front of a Tavern 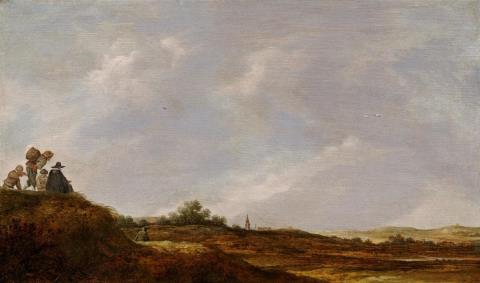 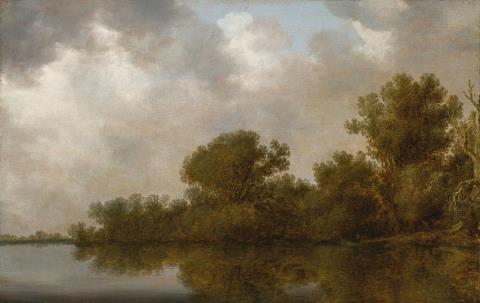 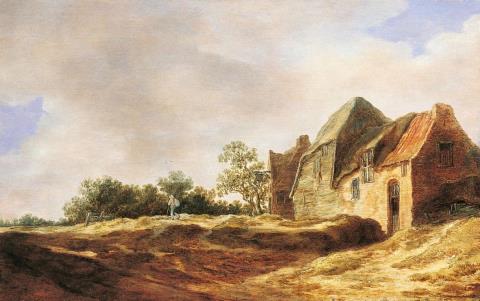 Jan van Goyen - LANDSCAPE WITH FARMSTEAD AND A WANDERER 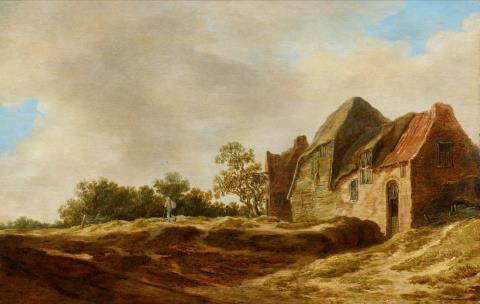 Jan van Goyen - Landscape with a Farmstead and a Traveller 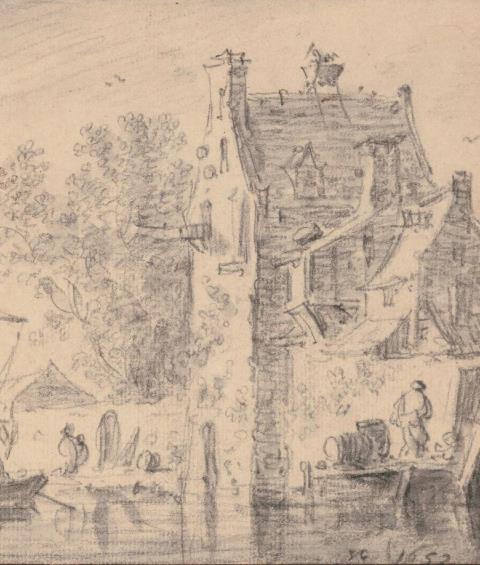 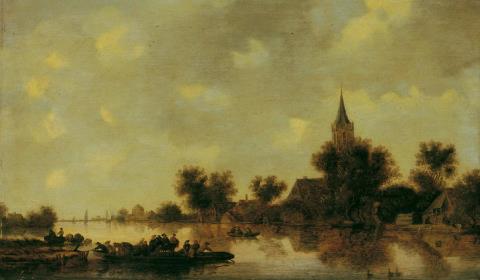 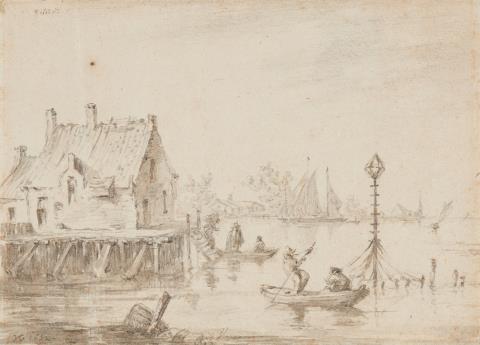 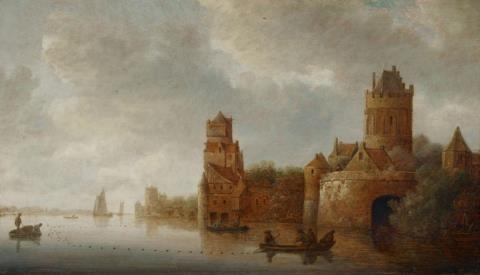 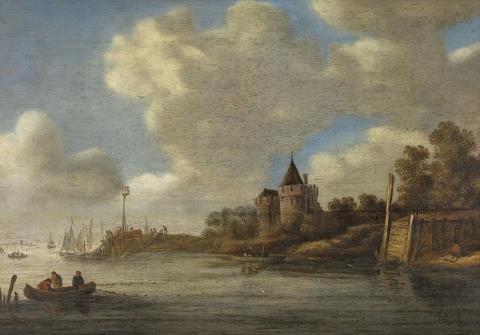 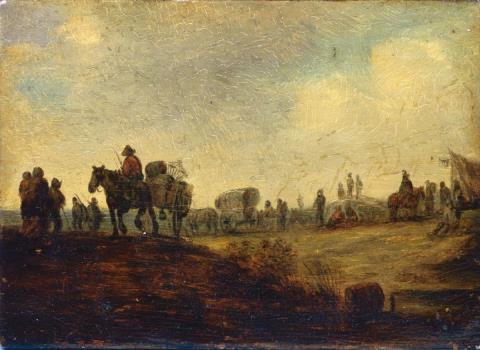 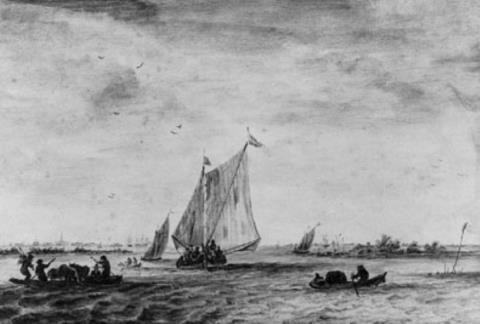