Buy works by Wassily Kandinsky in our upcoming auctions!

Do you own a work by Wassily Kandinsky, which you would like to sell?

Wassily Kandinsky - Works that have already been sold at Kunsthaus Lempertz:

Wassily Kandinsky was the Blauer Reiter and founder of Abstract Expressionism. As one of the first artists to constrain his expression to colour and form, he was regarded by his contemporaries as both a revolutionary and a madman. Posterity celebrates him unanimously as an important trailblazer of abstract art.

Wassily Kandinsky was born in Moscow on 16 December 1866. The son of an affluent tea merchant, he grew up in comfortable conditions, but the early separation of his parents meant he was mainly brought up by his aunt. Whilst attending a humanistic high school, he received painting and drawing lessons at a young age, but despite his passion for art, Wassily Kandinsky initially studied law. This did not prevent him from intensely pursuing art which eventually brought him into contact with a painting by Claude Monet at an exhibition of French artists in Moscow. The astonished Kandinsky was only able to recognise Monet’s famous Haystacks from the picture caption, something, he admitted, of which he was very ashamed. This unheard-of form of representation, in which colour and form were independent, troubled the young painter, who had hitherto only known Russian Realism, and permanently changed his understanding of art.

Liaison with Gabriele Münter and the step to Expressionism

Wassily Kandinsky emigrated to Munich in December 1896 where he attended the private painting school of the Slovenian painter Anton Ažbe and first met his fellow countryman Alexej von Jawlensky. Together with Jawlensky and his partner Marianne von Werefkin, the young artist held many important and formative art discussions. Kandinsky later studied at the Munich Art Academy under Franz von Stuck but felt rejected by his teaching methods and as an act of protest founded the artists’ group Phalanx with a number of like-minded colleagues, declaring its intention to oppose the rigidities in art and society. In this context, Wassily Kandinsky met the young painter Gabriele Münter who impressed him so much that he left his first wife to travel with his new love. During a sojourn in Murnau with Alexej von Jawlensky and Marianne von Werefkin, Kandinsky took the final step towards Expressionism which his encounter with Monet’s innovative painting style years earlier had initiated.

Der Blaue Reiter and the emancipation of form from colour

After his breakthrough to abstract painting, Wassily Kandinsky was on the way to becoming one of the most significant painters of his time when he met an equal in Franz Marc. Together they founded the legendary artist group Der Blaue Reiter which, according to legend, owed its name to Marc’s love of horses, Kandinsky’s of riders, and their shared affinity for the colour blue. This merger wrote art history, especially German Expressionism. With his theoretical study Über das Geistige in der Kunst, in which he elaborated, among other things, on the relationship between music and painting, Wassily Kandinsky established his famous maxim that form, different to colour, could exist independently. His temporary return to Russia was followed by a period as a master at the Bauhaus in Weimar. The artist spent the last years of his life in Paris where he was forced to witness how his pictures fell victim to the National Socialist terror. It is mainly thanks to Gabriele Münter that a considerable part of his work could be saved.

Wassily Kandinsky died in Neuilly-sur-Seine in France on 13 December 1944. 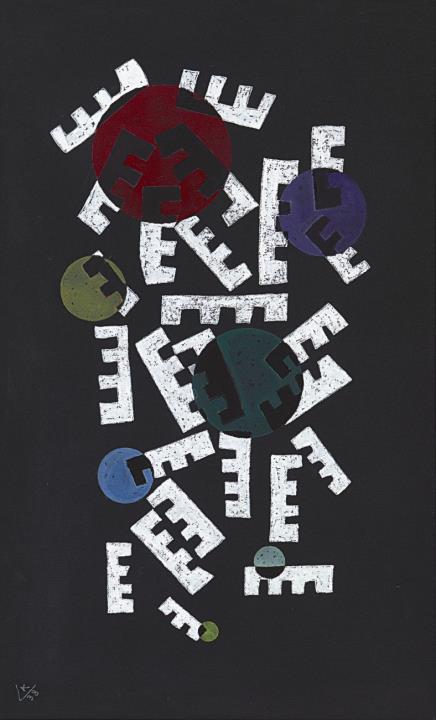 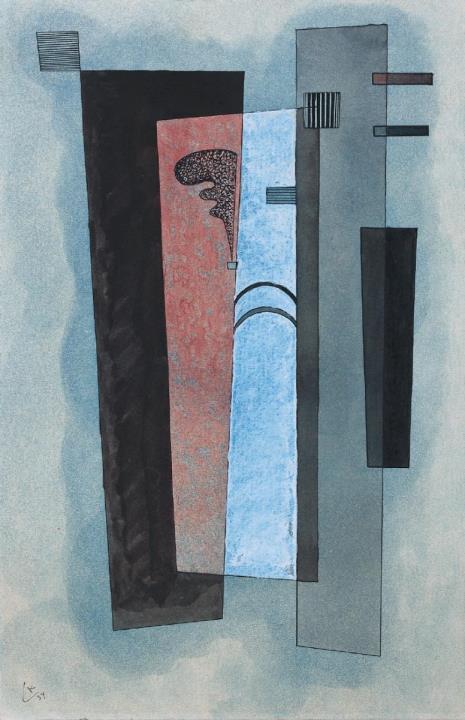 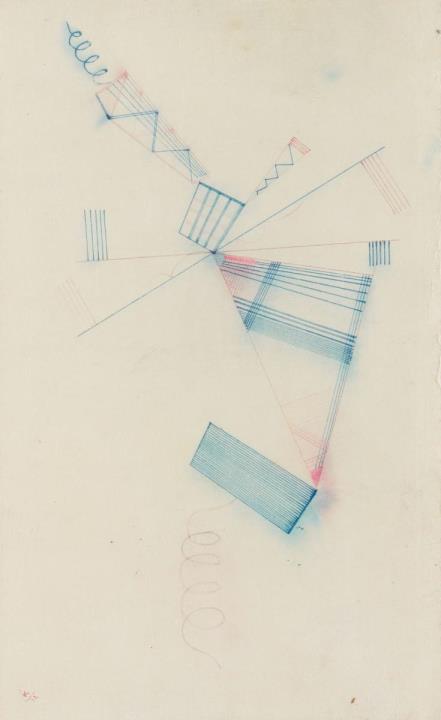 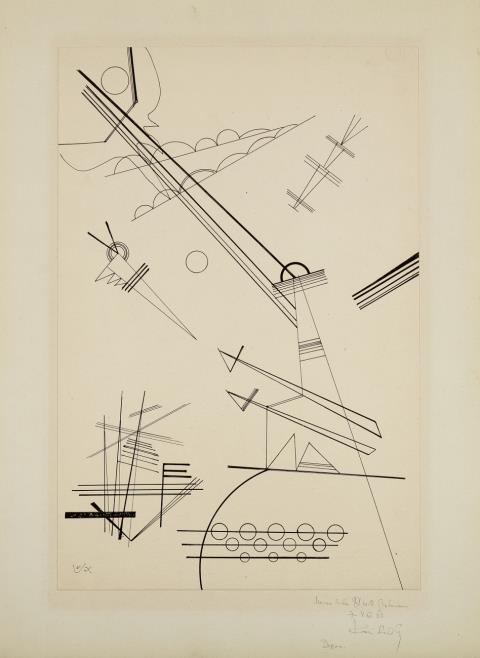 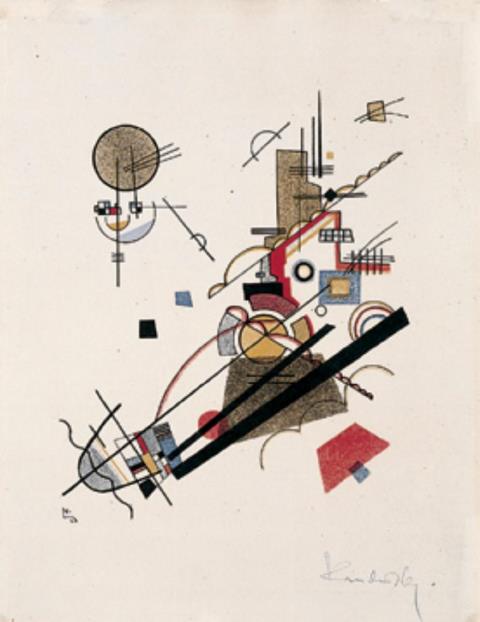 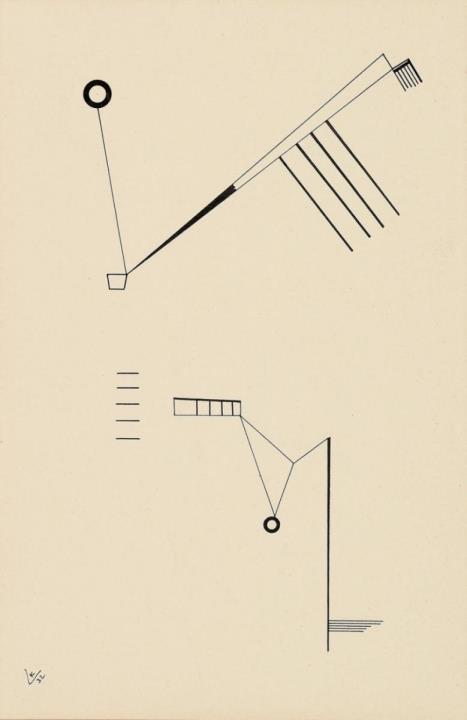 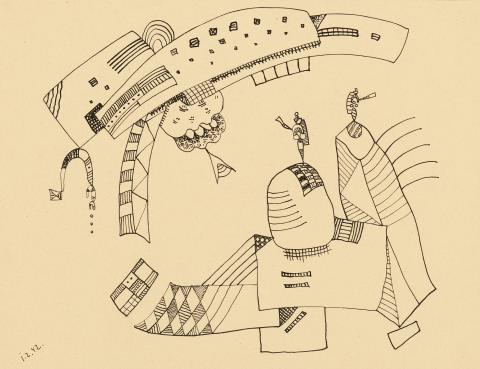 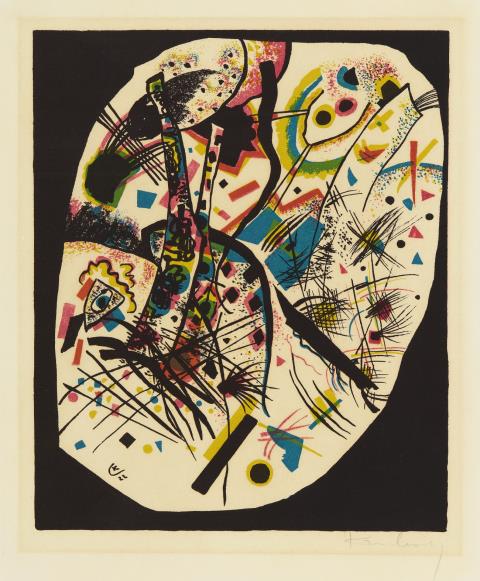 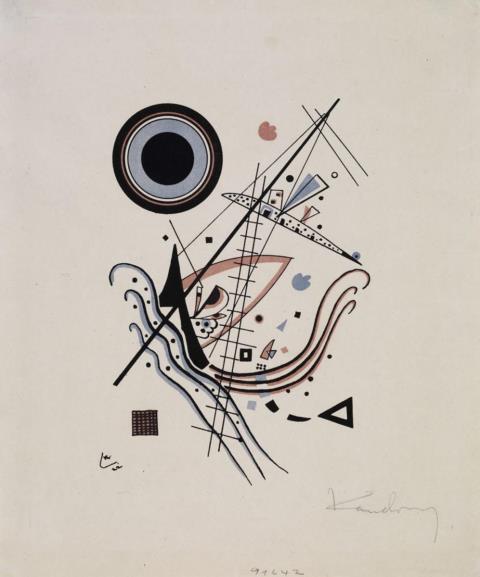 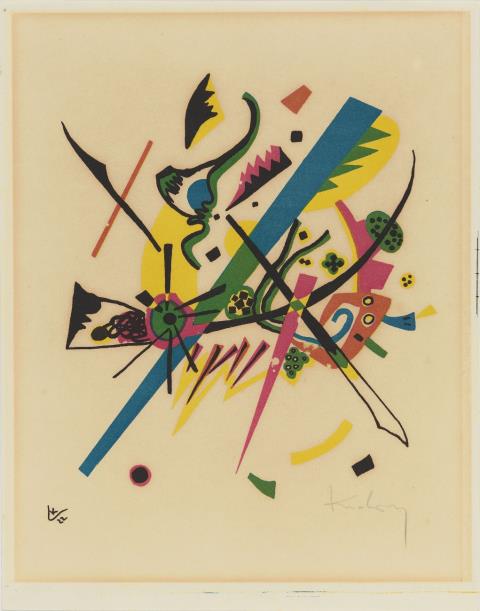 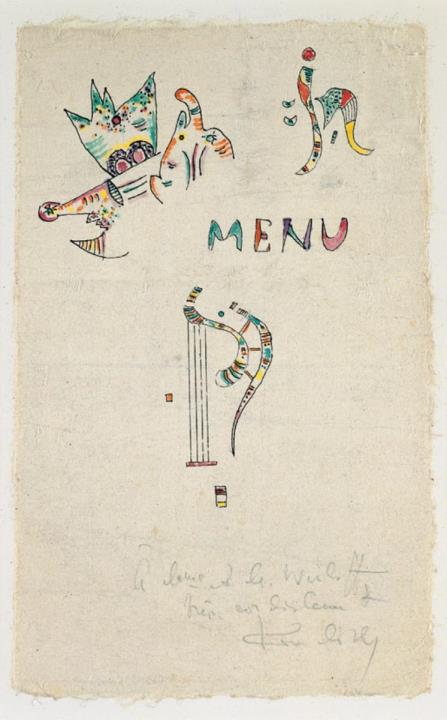 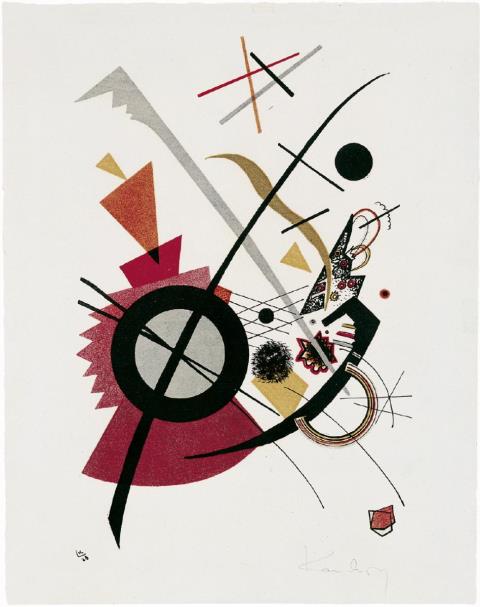 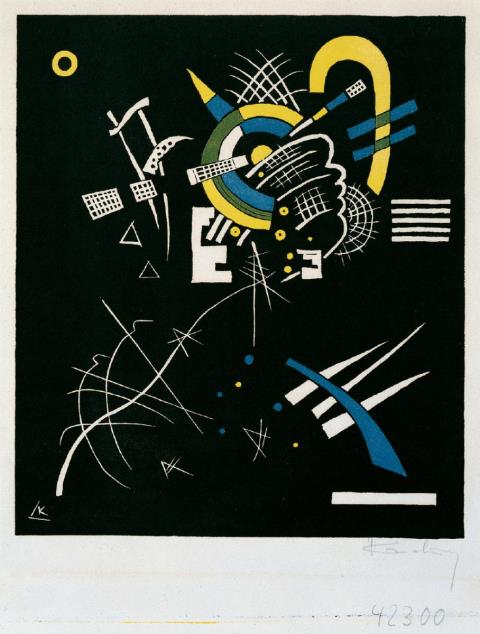 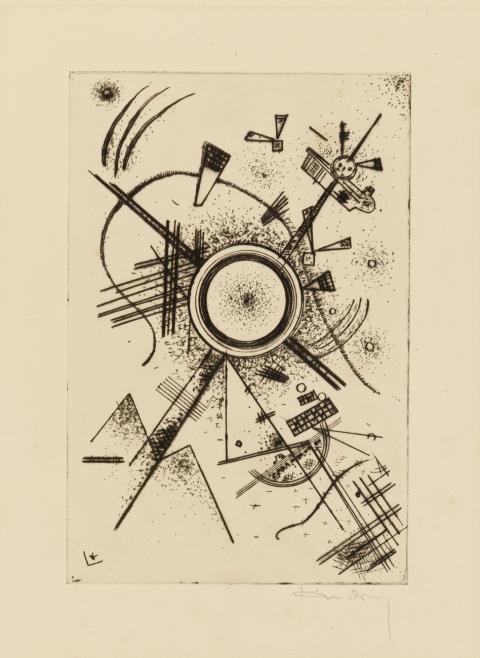 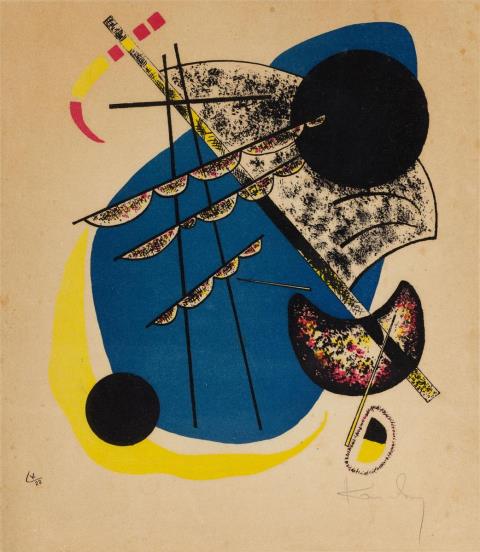 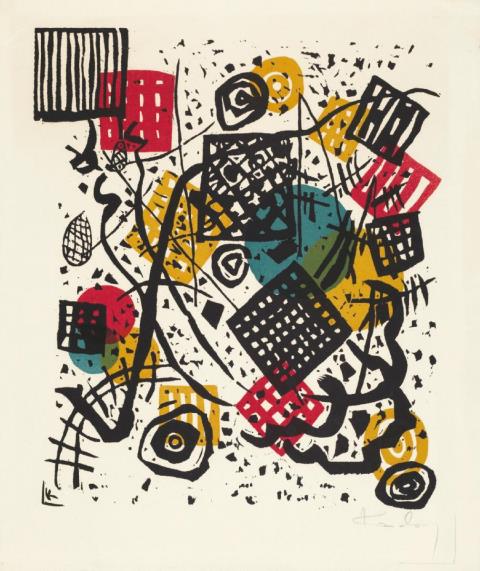 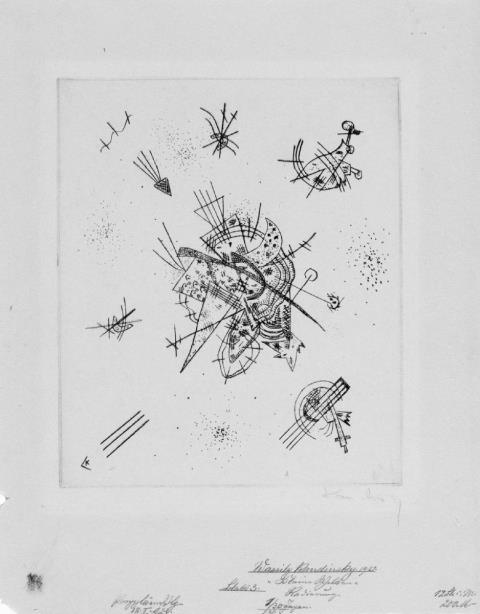 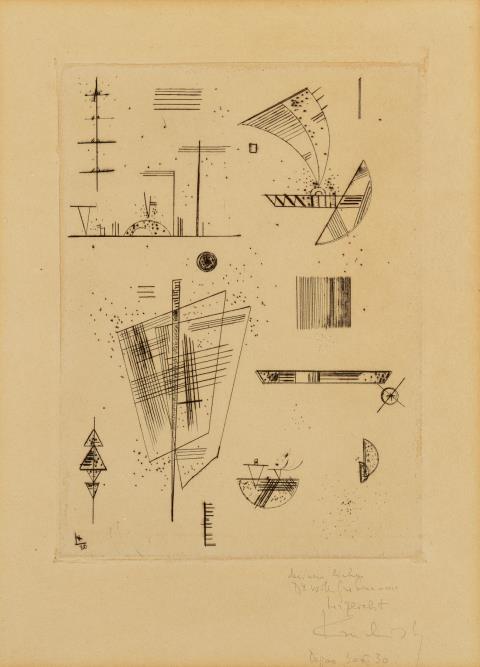 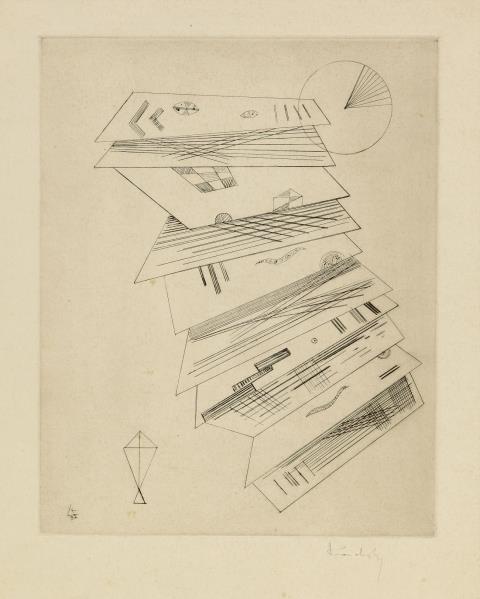 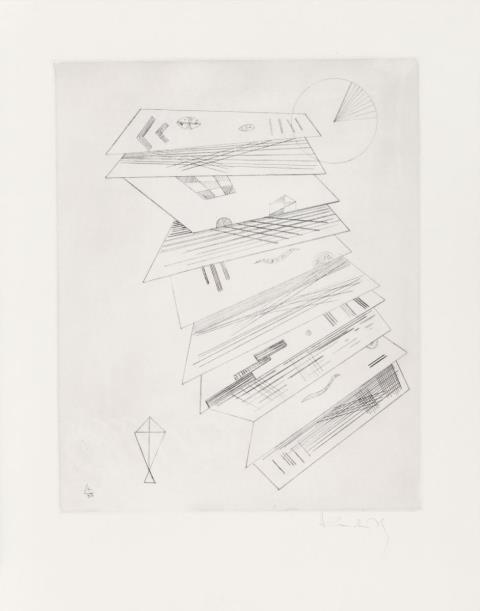 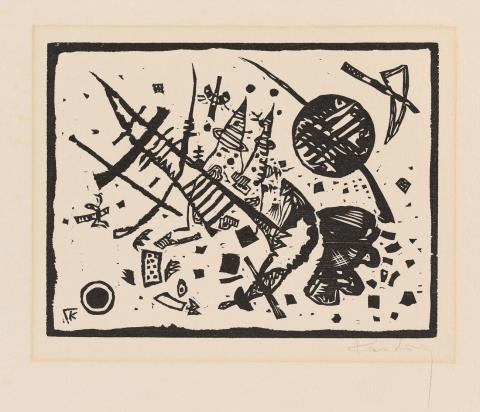 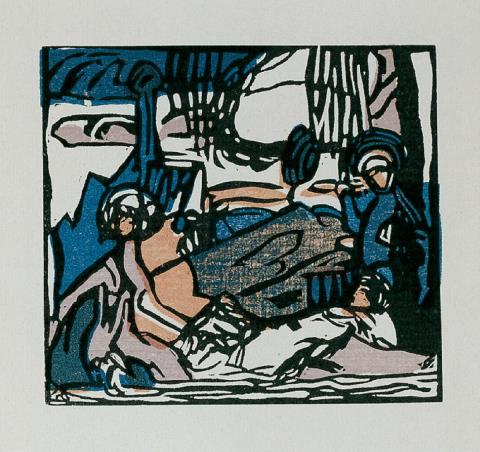 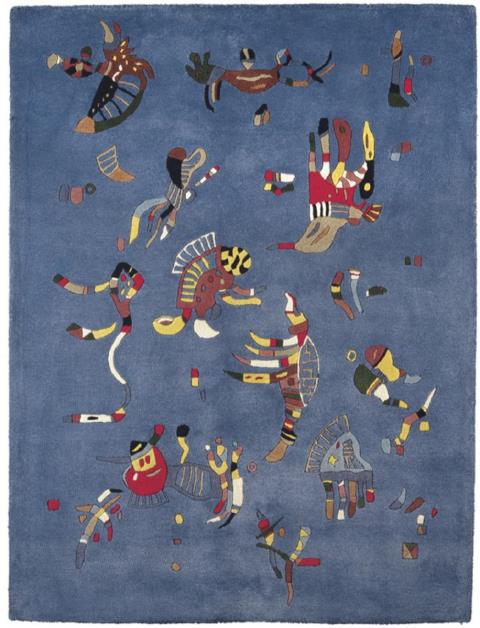