Sonniger Garten, a significant work from August Macke’s early oeuvre was created in 1908, an important and eventful year. He set out in the summer of that year on his second journey to Paris. There he saw works by the Pointillists and Impressionists in the galleries of Durand-Ruel and Vollard which had heavily influenced him since his first trip to Paris in 1907. The impressionistic, atmospherically delicate style of painting made its way into his work, clearly present in Sonniger Garten. A German private collector persisted against the competition with an investment of € 442,000 to win the lot (lot 8, € 300/400,000).

Der Singende Mann by Ernst Barlach is one of the most sought-after sculptures by the German Expressionist. On the one hand, the artist has succeeded in entirely timelessly capturing the man and his song in bronze and, on the other, he enables us to experience the sound of music in his visual art. The immense and still-enduring popularity of this masterpiece of modern sculpture may be explained not least by its joyous ‘humanitas’. This cast from the artist's lifetime is a rarity only seldom offered on the market. A German private collector bid the necessary € 351,000 (lot 61, € 200/250,000). Further bronzes by Barlach were also in demand, including a preliminary model for Güstrower Ehrenmal, dated 1927, which sold for € 69,000 (lot 158, € 30/40,000), and Zweifler from 1930, with a winning price of € 75,000 (lot 14, € 40/60,000).

Max Ernst’s painting Flaneurs from 1954 simultaneously unites a number of extremely characteristic elements from the artist’s cosmos. Ernst's most deeply individual self, the ‘Vogelobrer Loplop’, as well as the forms and figures of Native American mythology - a reminder of the time he spent in Arizona – are suggested in the bird-like heads of the depicted figures. Exhibited as early as 1955 at Ernst Beyeler, Flaneurs was part of the collection of the great Parisian gallerist for Surreal art, René Rasmussen, for a considerable time, and now passes into the hands of a German collector for € 313,000 (lot 41, € 250,000).

In his painting Die bunten Felder from 1957, Franz Radziwell gives us an enigmatic landscape. 1957 was the year in which the painter’s special status as ‘magical realist’ manifested itself in a large retrospective in the National Gallery of East Berlin. This painting belongs to that part of ‘New Objectivity’, which has been clearly delineated by art history. It was acquired by a German collection for € 169,000 (lot 70, € 100/120,000).

A German private collection won Lovis Corinth’s 1909 still life, Ananas, also for € 169,000. The tablecloth accentuated with broad brushstrokes, the plate painted in a luminescent blue and the loosely suggested curtain in the background set the stage for a still life by Corinth that displays the utmost mastery of painting, whilst the opulent composition with a pineapple and pomegranates allows us to recognise the commencement of the painter's theatrical still lifes, which form the undisputed highlight of his painting in the 1910s and 1920s (lot 56, € 140/160,000). In Platanenallee in Südfrankreich by Mela Muter, the trees form the centrepoint of the lively, but also carefully composed depiction. A pair of figures and the interrupted forms of the buildings underscore the close connection that the artist depicts between the plane trees and the Mediterranean townscape. A Polish collector fought off a fellow bidder to acquire the picture for € 156,000 (lot 64, € 70/90,000).

Renée Sintenis is one of the most important sculptors of the 20th century, and found her primary artistic theme in the horse. The exceedingly rare lifetime cast of her almost life-size, 102 cm high standing foal from 1932 is from the important collection of Adalbert and Thilda Colsman. A German collector bought it for € 156,000 (lot 51, € 150/200,000).

From the five Nolde watercolours stood out the 1935/40 sheet Dahlien und Blattpflanze with a sale of € 130,000 (lot 19, € 70/90,000). The particularly atmospheric small watercolour Rotes Meer (Sonnenuntergang und schwarzer Dampfer) from the period around 1940/45 reached € 60,000 (lot 18, € 50,000), whilst Amadeo Modigliani’s pencil drawing Chaïm Soutine assis à une table from 1917 was pushed up considerably from its estimate of € 70/90,000 by a Spanish collection to reach € 125,000. Chaïm Soutine, who is depicted in the drawing, was part of Amadeo Modigliani's closest circle of friends - like the artists Moïse Kisling, Jacques Lipchitz and Ossip Zadkine or the art dealer Max Jacob (lot 7).

André Derain'sArlequin tenant une guitare dates from around 1930. The playful moment of the 1924 composition gives way here to a contemplative inner reflection. The reduction to a few colours and the clarity of figure and composition lend the Harlequin a form of classical grandeur and universality that still makes the work seem immensely modern and contemporary today. An American collector bought the painting for € 125,000 (lot 28). 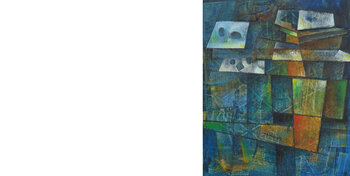 Visitors are required to show the Covid pass.
You are kindly invited to leave your bids by telephone or online. 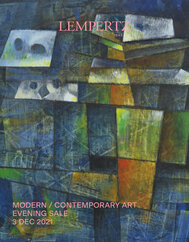 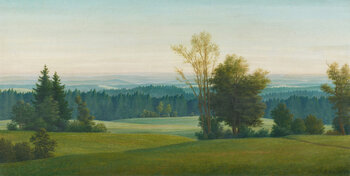 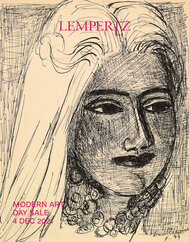